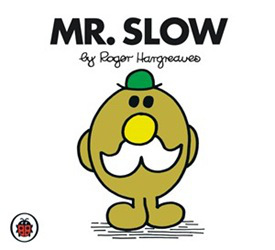 As I've said before (too much likely), I'm a slow writer—and I think that my inclination toward writing short stories stems in part from that slow writing pace as well. While my process can vary somewhat from story to story, across the board I generally write in a piecemeal fashion—letting plot and character percolate in my head, sketching scenes at various points in the story rather then working through the draft in order, filling in bits and pieces of scenes as I discover myself what's needed or what's missing, slowly urging the whole mess into shape until it looks like something complete. (And then trying not to read it again after it's published so I won't be reminded of all the spots I should've done better.)

Earlier this summer, I worked on drafts for two stories—one possibly finished (a collaboration with my wife, Tara Laskowski; we'll see what our editor says) and the other set aside yet again because of aspects of it I couldn't figure out to my satisfaction (this one, a novella, has been lingering for years, sadly). Over the last few weeks, I've turned my attention more fully to a novel I've been working on intermittently over years as well—promising myself to dive into it deeply, immerse myself in it, push through a full draft, try to finally get it done.

Applying my approach to short stories to this novel is... well, part of my problem maybe, though I think it's probably still truer to how I work than what I've tried before with this manuscript. In my previous attempts to draft the novel, I've attempted to write through scene by scene, chapter by chapter, building it one block at a time—and lost both perspective and steam. Lately, I've just given myself over to writing it like I write short stories, crazily all over the place. The scene I wrote yesterday, for example, is from probably two-thirds of the way through the book, and I don't have the scenes or chapters immediately before it or immediately after it written in any form. But in my head, I know what needs to happen in this specific scene, and so I got it down on paper—one piece in a bigger jigsaw, and I'll find/make the other pieces later.

Keeping track of a book-length story in my head, though.... well, that's tough sometimes. (Thanks Scrivener, for giving me space to pin things down, placeholders to figure out later.) And the scattershot approach to writing this isn't just about figuring out the order of plot points, but also discovering the full depth of characters, sharpening voice and style, then going back and fixing the disconnections between plot points, the slips in character, the imbalance of voice and style and....

And again, doing that for a 25-page short story is different from doing that to what's likely to be a 300-plus page novel manuscript—a bigger mess. How much of a mess? Well, that scene I wrote yesterday is in third-person, while everything else I've written is in first person, and I found that I like third-person better. Much to go back and rework already.

Still, my wife Tara—who  recently completed her own novel, now on submission to publishers through her agent—has told me time and again to push through, get it all down, that it'll work out in the end.

But I know it's gonna take time and focus and persistence, and while summer has given me a more flexible schedule to explore and indulge, I've also agreed to lead sessions at two big programs in August—the Suffolk Mystery Authors Festival and Deadly Ink—and the new semester is looming just beyond those events. In a little over five weeks, I'll be back in the classroom and I've already been taking on new responsibilities over the summer, having recently been named assistant director of the creative writing program at George Mason University—more admin duties ahead on top of the schedule I currently keep. And as many folks here know, I've also been maintaining another weekly blog, having taken over the First Two Pages blog series after the death of B.K. Stevens, long a part of this group as well.

All that said, I'm recognizing that I need to streamline commitments in other areas... and so I've told Leigh and Rob, our fearless leaders here, that I need to step away from SleuthSayers, at least for a while. While time is part of the issue, the other is that too often I've found myself struggling to come up with ideas for new posts. When my week looms on the calendar, I often end up asking Tara "What should I write about this time? I've got nothing new to say, nothing to offer"—and that too takes a lot of mental energy, energy that I might need to keep in reserve a little for my slow slog through writing this novel.

I feel like this might come across as complaining; it's not meant that way. Just recognizing that I've kept a couple of projects on the back burner for too long and need to give the novel at least some less-divided attention.

Leigh and Rob have been kind enough to say that I could come back for guest posts, and maybe once I finish up the book, find myself on firmer footing, I might ask to get back in the rotation as space allows. And in the meantime, I'll still read regularly the posts by my fellow SleuthSayers—always a highlight of each morning.

See you in the comments sections! And at Bouchercon in a couple of months too, celebrating the award attention that Barb, Paul, and I have received this year on the Anthony, Macavity, and Shamus slates—hooray!

And in the meantime, thanks so much for letting me be a part of this fine community of writers.Y'all are the best.
Posted by Art Taylor at 00:00