To the MMs and Beyond

Like most of you who read this blog, I like mysteries. Mysteries of any kind--shorts, novellas, novels, plays, movies. And one good thing for those of us who write and read mystery short stories is that there are a number of magazines that specialize in that genre: AHMM, EQMM, Strand Magazine, Sherlock Holmes Mystery Magazine, Mystery Weekly, Flash Bang Mysteries, Over My Dead Body, Crimespree, Mysterical-E, and so on. I submit stories to these publications on a regular basis, and sometimes, when the stars line up just right, I get stories published there. FYI, one of the best lists of these short-mystery markets can be found at my friend Sandra Seamans's website, My Little Corner.

Here's the rest of the story. As you know from the other columns at this blog over the past several days, mystery publications are not the only markets for our shorts. There are a number of general-interest magazines, sometimes even the literary journals, that occasionally publish mystery stories. (On the other side of the coin, there'll always be those who consider mysteries and other genre stories inferior, but that's another matter.)

The saving grace here is that, thankfully, not everyone thinks mysteries are limited to whodunits. Elmore Leonard, who won the Edgar Award and was recognized as a Grand Master by Mystery Writers of America, once pointed out that he had never in his life written a story or novel in which the identity of the villain remained unknown until the end. He wrote crime/suspense fiction, not traditional mysteries.

Otto Penzler's definition, clearly stated in the introduction of each edition of his annual Best American Mystery Stories anthology, is that a mystery is any story in which a crime, or even the threat of a crime, is central to the theme or the plot. If you write a story that fulfills that requirement, you've written a mystery. This rather broad definition can apply to a lot of unlikely stories. One can write a romance, a science fiction tale, a Western, a horror story, even a literary piece, and if a crime plays a major role in the story, it can--theoretically at least--also be categorized as mystery fiction.

What are some of these "other" markets? I'll let real life be an example: most of my mystery stories are and have been published in the mystery magazines listed above--but my mysteries have also appeared in the following NON-mystery publications, some of which are still around (Google their sites for more info): 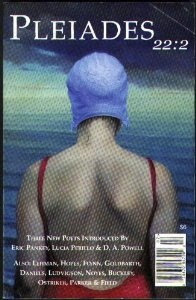 Some of these are paying markets and some pay only in copies--and I've had multiple stories published in most of them (19 at Amazon Shorts, 4 in Dogwood Tales, 4 in Flashshot, 7 in Reader's Break, 5 at The Saturday Evening Post, etc.).

I also have a mystery story ("Flu Season") in the November 4th issue of The Norwegian American, another ("Survival") in the November 26 issue of Kings River Life, and a third mystery ("A Green Thumb") coming in January in Seeds, edited by my old buddy Michael Bracken. Again, in keeping with the theme here, none of these three publications deals exclusively with mystery shorts.

NOTE 1: My reference to The Saturday Evening Post is its print edition, which is published every two months. That's where my five stories for them have appeared--and three of those five fit the criteria for mysteries. BUT . . . the SEP also has an online version that I'm told specializes in mystery fiction. I've not verified that and I've never submitted to the online edition, but it might be worth checking out.

NOTE 2: I didn't mention anthologies. I've sold a lot of stories to both mystery and non-mystery anthos. Sandra's My Little Corner website also lists anthology "calls for submissions," and so does Ralan.com. As you probably know, anthologies--like magazines--are among the markets that are examined to determine Edgar nominees, Best American Mystery Stories candidates, etc.

Several references have been made this past week to Woman's World, which of course is not a mystery magazine (WWMM?) but which has always included one romance and one mystery in each weekly issue. These mysteries are a little different in format from most that I write: for one thing, they're very short--700 words max--and for the past dozen years or so, they've been "interactive," which means the solution to the mystery is provided separately at the end of the story so the reader has a chance to solve it herself/himself. 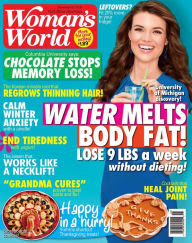 Their November 28 issue featured my 82nd Woman's World story (all but two have been mysteries), and I recently sold them my 83rd, which is scheduled to appear shortly. Almost all my mysteries for WW have included the same two co-protagonists--a retired schoolteacher named Angela Potts and one of her former students, Sheriff Chunky Jones--which is probably why I've been fortunate enough to sell so many of them. Readers AND writers seem to like "series" stories because of the familiar characters: readers know what to expect, and writers are able to get quickly into the plot without much need for backstory. Feeling adventurous, I deviated from the path a few years ago and sent Woman's World a mystery starring two other main characters--a female sheriff named Lucy Valentine and her nagging mother Fran--from another of my series. WW bought and published the story, but when I asked if I should continue on that track for a change, the editor said no. "We want more Angela stories," she said, and I saluted and obeyed. I'm not very smart, but I'm smart enough to write what they tell me they like.

For anyone who's interested, Woman's World pays $500 for mystery stories, and the fiction editor is Patricia Gaddis. Longtime editor Johnene Granger retired at the beginning of this year. FYI, the email address to use for submissions is FictionPro@WomansWorldMag.com if you've had a contract with WW in the past; if you've not had a contract with WW before, the submissions email is Fiction@WomansWorldMag.com. For problems only, you can contact Patricia at her personal email address, Prose@dnet.net.

More guideline info: Put "mystery submission" in the subject line of your email, and attach your story as a Word document, double-spaced, 12-point font. You should receive an auto-reply confirmation that your story's been received, but you won't get any further responses unless your story is accepted. If you've heard nothing back in four months, assume it was rejected. You should submit holiday-themed stories two to three months early, and snailmailed submissions will still go through if you don't have access to email--but again, be aware that you'll only get a response if your story is accepted. (Most of the above info is paraphrased from WW's "unofficial guidelines for 2016," which are the only guidelines I've seen.)

If you decide to send them a mystery, remember that 700 words is the absolute limit, and be sure to include the "solution" in that wordcount. Stay away from too much sex and violence (at least in your story) and also avoid politics, religion, or anything controversial. And whatever you do, don't put a pet in jeopardy. Seriously.

I'm told that we'll soon wrap up this "themed" week about writing for non-mystery magazines, so it might be appropriate to mention several different sources of market information. They are (1) the Internet, (2) the print reference Novel & Short Story Writer's Market, (3) trade magazines like Writer's Digest and The Writer, and (4) the publications themselves. Any of these should tell you whether certain markets would be receptive to mystery/crime submissions.

Another option for getting your short stories published is of course to ignore the traditional venues altogether and--although I've not personally waded into those waters--self-publish them via Amazon and elsewhere. Steve Liskow, our latest employee at the SleuthSayers asylum, posted an extremely helpful column recently, on the subject of self-publishing--here's a link.

Main thing is, don't let your completed mystery manuscripts sit there in a drawer, as I once did. If they're good enough, they'll find a home and a readership. And if you do choose to submit them to traditional markets, remember that there are also places other than the big mystery mags that might take them.

Go ye, and procrastinate no more.
Posted by John Floyd at 00:01