by Melodie Campbell
Many readers here know I teach Crafting a Novel at Sheridan College in Suburban Toronto.  (I started teaching fiction writing there before the wheel was invented.  We had to push cars uphill both ways to get them to campus...okay, I'll stop now.) 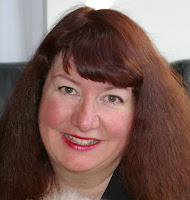 Students often ask me how to get a novel published.  I say: "Walk out of this classroom right now and become a media personality."

Everyone in the class laughs.  But it's no laughing matter, really.  Most of the bestselling crime authors in Canada were media personalities first.  It's no coincidence.  Being a newspaper or television 'name' gives one a huge visibility advantage.  You leap the slush pile.  And chances are, you know someone who knows someone in publishing.

But launching a new career doesn't work for all of us, particularly if we are mid-career or soon to qualify for senior's discounts.  (Of course, you could still murder someone and become a celebrity.  I have a few names handy, if you are looking for a media-worthy victim...)

In order for a publisher to buy your book, they have to read it first.  I know at least one publishing house that receives 10,000 manuscripts a month.  How in Hellsville can you possibly get noticed in that slush pile?

Here's how:  Develop street cred by publishing with magazines!

How I got my start:

With several Star Mag credits under my belt (weird term, that - I mean, think of what is under your belt) I went to Alfred Hitchcock Mystery Magazine.  They liked the Star credits and published some of my stories.  Then I got a several-story contract with ComputorEdge.

So ten years ago, when I had a novel to flog, I already had 24 short story publications in commercial magazines.  That set me apart from everyone else clawing to get in the door.

Writing for magazines worked to launch my author career.  I'm now with two traditional publishers and my 11th book (The Bootlegger's Goddaughter - phew! Got that in) comes out in February.

1.  You write commercially salable stories.  This is important for book publishers.  If you have published in commercial magazines, it tells a publisher that someone else has already paid you for your fiction.  They deemed your obviously brilliant stores worthy of a wide enough audience to justify putting their money into publishing them.  It's much like the concept of 'peer review' in the academic world.

2.  You accept editing.  A magazine writer (fiction or nonfiction) is used to an editor making changes to their work.  It's part of the game.  If you have been published many times in magazines, then a novel publisher knows you are probably going to be cool with editing.  (Okay, maybe not cool, but you've learned how to hold back rage-fueled comments such as "Gob-sucking fecking idiot! It was perfect before you mucked with it."

3.  You work to deadline.  Magazines and newspapers have tight deadlines.  Miss your deadline, and you're toast.  Novel publishers are similarly addicted to deadlines.  Something to do with having booked a print run long in advance, for one thing.  So they want authors who will get their damned manuscripts in on time.

Here's something to watch out for if you are going to write for magazines:

Kill Fee
If you are publishing with a major magazine, negotiate a 'kill fee.'  (This doesn't mean you get to kill the publisher if they don't print your story.)  A kill fee is something you get if the mag sends you a contract to publish your story or article, and then doesn't publish it.  Usually a kill fee is about half the amount you would be paid if they had printed it.

Why wouldn't they print your story after they agree to buy it?  Sometimes a publisher or editorial big wig leaves and the new big wig taking over will have a different vision for the mag.  Sometimes a mag will go under before they actually print the issue with your story.  That happened to me with a fairly well-known women's mag.  I got the kill fee, and the rights back. I was able to sell the story to another magazine.

Which brings me to a final point:  Note the rights you are selling.  Many mags here want "First North American Serial Rights."  This means they have the right to publish the story for the first time in North America, in all versions of their magazine.  (For instance, some magazines in Canada publish both English and French versions.)  But what happens after that?  When do rights return to you?  Two years after publication? (Very common.)  Or never?  Are they buying 'All Rights?"  It's good to get rights back, because then you can have the story reprinted in an anthology someday.  Make sure your contract stipulates which rights they are buying.

Of course, I always say, if they pay me enough, they can keep all rights, dress them in furs and jewelry, and walk them down Main Street.  I have the same attitude re film companies that might want to swoop up my novels for movies.

Melodie Campbell writes the multi-award-winning Goddaughter series of mob comedies, starting with The Goddaughter.  It features a different kind of 'kill fee.'

On Amazon
Posted by Melodie Campbell at 00:30