I don't imagine Sir Walter Scott is much read these days. Back in high school, for some of us, IVANHOE was on the reading list, maybe QUENTIN DURWARD or THE TALISMAN. All three of them were made into pretty successful movies, in the 1950's - romantic swashbucklers, not particularly credible, I admit, but incredibly rousing. 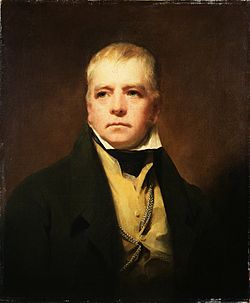 His reputation now perhaps in disrepair, Scott in his lifetime was quite possibly the most widely read novelist in English, and maybe in translation. He's the first brand-name author, at least in trade publishing as we know it. He falls somewhere between Shakespeare and Dickens. not just chronologically, but in how he inhabited the popular imagination. If you look at expressions that have entered out common vocabulary, the Bible of course comes first, with Shakespeare a close second, then Dickens, and then Scott, you might be surprised to realize. The rest of us are back in the pack. Shakespeare, Dickens, and Scott. They're the most-quoted writers in the English language, although more than half the time, nobody's consciously quoting them. Something rotten in the state of Denmark. The best of times, the worst of times. Every dog has his day. Recognize the source? A lot of us wouldn't. They've become commonplaces, There's an interesting transition with the generic. Years ago, Xerox fought bitterly against their name being used as a synonym for copying - "let's Xerox it" - and Rollerblades has done it too, more recently, calling it trademark infringement. Fridgidaire once tried the same thing. Hard to see Dickens complaining about being Uriah Heep'd - it gave him legs.

Shakespeare and Dickens both set out, from the starting blocks, to be rich and famous. Neither of them came from privileged backgrounds, and their ticket to stardom was their skill as writers. Scott had more advantages. He was well-educated, and read for the law. Writing was at first an avocation, not a career. And neither was he drawn to commercial genres. He was fascinated by the Borders, the bloody history, the clan feuds and the religious wars, the Covenanter Rebellion and, later, the doomed Stuarts. His first book was a collection of Border ballads. He'd met Robert Burns when he was fifteen, and it had decided him on being a poet.

Let's be plain about this. Poetry was a gentlemen's profession. It was literature. In the early 1800's, the novel was below the salt. They were written for women, and not to be taken seriously - some obvious irony, here. Scott launched the novel in a new direction. The first of his historicals, WAVERLY, was published in 1814, and it took off like a rocket. I don't think Scott anticipated its success. He wanted to popularize the Jacobite legend, and maybe at the same time, bring it down to earth, make it accessible but show it for the folly it was.

Scott tapped into a hungry audience. They were waiting for it. He 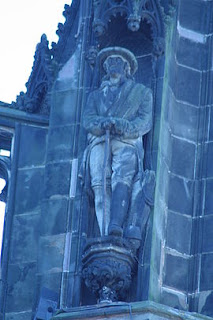 was the missing piece, and he hit the market at exactly the right time, although he hadn't calculated for it. The early books were simply gobbled up.  Of those novels, my own opinion, the best is OLD MORTALITY, which has a political and moral complexity Scott never pulled off again. Yeah, the hero's kind of an insipid boob, but the heavies are jaw-dropping, the Royalist general Claverhouse and the Presbyterian assassin Burley. Think, perhaps, of the IRA Provos, or Islamic fanatics. OLD MORTALITY is deep in those dark woods.

Scott didn't trade on his celebrity. It was an open secret in Edinburgh literary circles who the so-called Author of Waverly was, but his name never appeared on the title pages of his novels. A quaint convention? Maybe. He put his name to THE LADY OF THE LAKE, which sold like hotcakes, but it was of course epic poetry.

And then the inevitable happens. Scott's success catches up with him. It isn't hubris, or over-reaching, but his publisher, James Ballantyne, goes down. Scott has been a silent partner in the business for years, and his books have supported Ballantyne's bad business decisions. Scott could have thrown them over the side, but he's way too honorable for that. They declare bankruptcy, Scott writes them out of debt, and it kills him, at 61.

This is an over-simplified version of a complicated story. I admire the fact that Scott took responsibility. It speaks to the man. but the later stuff isn't that good, with the exception of ST. RONAN'S WELL, which is patently playing to the romance market, Austen and Bronte, and Scott doesn't shy away from admitting it. 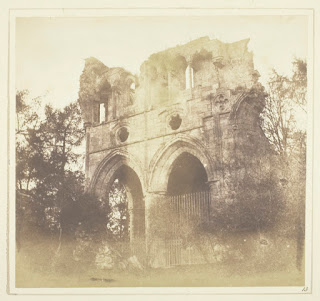 Seriously, can you envision anybody doing this, in the present predatory publishing climate? I think it's astonishing. The guy's loyal to an old friend, who's been a fool, but not devious. The guy believes that his good name, and his legacy, is more valuable than immediate profit. The guy wants to finish an enormously ambitious building project, Abbotsford, but he won't mortgage his reputation. In other words, Scott's willing to break his ass, and risk his physical health, to make good on his debt to history. I'm not at all sure we could meet that bar.

That he was a man who paid his debts was always my Scottish parents comment on Sir Walter.

Thanks for this essay, David. I read IVANHOE many, many years ago and loved it, but I think that's the only Scott novel I've read. I didn't know the story about paying off the debt--that's admirable, and moving. Maybe I'll read one of his other novels.

I read Ivanhoe and Kenilworth - but I never got into his novels. I prefer the poem "Marmion", which, BTW, shows up as a major influence in a lot of Victorian novels. "Oh, what a tangled web we weave When first we practise to deceive!"

"Lochinvar" is a sub-poem in "Marmion" and also was hugely quoted. Some couplets:
"For a laggard in love, and a dastard in war,
Was to wed the fair Ellen of brave Lochinvar."
AND
“Oh! come ye in peace here, or come ye in war,
Or to dance at our bridal, young Lord Lochinvar?”
AND
"So daring in love, and so dauntless in war,
Have ye e’er heard of gallant like young Lochinvar?"

Your last paragraph, about Scott paying off the publisher's debts, reminds me of "Jersey Boys," a movie I watched a couple of nights ago. Frankie Valli was willing to cover his bandmate Tommy's debt of close to $1 million, because without Tommy, the rest of the band would have been just a bunch of high school dropouts who never amounted to anything. Christopher Walken played a mob boss.

I read a couple of Scott's works at the behest of my mother. Naturally, I didn't appreciate it until later. I had no idea about Scott's backstory.