An-tho-pol-o-gy: The study of various aspects of writing stories for books that include the work of several different authors.

Okay, I made that up. There's no such word. But maybe there should be.

I like to tell my students that there are two primary markets for the short stories they write: magazines and anthologies. Personally, I tend to explore magazine markets first, because some anthologies are receptive to reprints, and I like to get double duty out of my creations--but anthos can be profitable also, in both payment and exposure. And recently I've found myself sending a fair number of my stories, original and reprints, to anthologies. (There are actually four markets out there for short stories: (1) mags, (2) anthos, (3) self-publishing, and (4) collections of your own stories. I've not yet self-pubbed anything, but I have had five collections published, plus a sixth that was released this past week.)

Besides the fact that there are anthos that take reprints and those that don't, there's another distinction that should be made. (1) Some anthologies send out "calls for submission," where writers can submit stories for consideration in much the same way they would to a magazine market, and (2) some anthologies hand-pick and invite certain authors to contribute stories. A few anthos do a little of both: they invite a few specific authors and they also put out a call for unsolicited work.

As a writer, I've recently placed stories in anthologies that I "auditioned" for after being told they were seeking submissions (examples: the Blood on the Bayou Bouchercon antho, We've Been Trumped by Darkhouse Books, etc.) and I have other stories uncoming in books that I was asked to contribute to (examples: a Private Eye anthology by Down & Out Books and a horror antho by a Bram Stoker-winning editor I've worked with before). And sometimes even that can be a combination of processes. I submitted an unsolicited story to editor Tom Franklin for Mississippi Noir (Akashic Books) that didn't fit his guidelines (it was a reprint, which was stupid of me), so he asked me to send him an original story instead, which he accepted and included in the book. Writing and publishing, as I've said before, is a strange business. 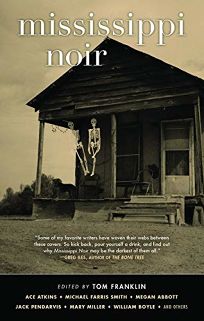 NOTE 1: One advantage of anthologies that issue "calls for submission" is that there's always a deadline. The stories have to be sent in by such-and-such a date because the antho needs to be published by such-and-such a date. And that sometimes-narrow window of time automatically cuts out part of the competition, and ups the odds for acceptance/inclusion. Some writers won't even be aware that there is a call for submission until it's too late to send a story in, and even those who do see it and are interested might not have a story available (or enough time to be able to produce one) that fits the guidelines.

NOTE 2: I'm not talking here about annual "best-of" anthologies like Otto Penzler's Best American Mystery Stories. When your already-published story winds up being selected for and reprinted in one of those, that's great, but that's also pretty much out of your control. I'm talking more about anthologies that either request stories from certain writers or choose from the unsolicited submissions of others.

The best situation, obviously, is for the editor to contact you and ask you to submit a story. It's flattering, it involves no marketing effort, and when it happens you can be fairly certain that your "solicited" story will be included. But the funny thing is, even though I'm always honored to be asked to contribute to an anthology (who wouldn't be?), I'm also one of those odd folks who find it harder to conform to someone else's idea for a story than to dream up an idea of my own. So when the theme/mood/genre of an anthology is very (sometimes too) specific, I often find it more difficult to write a story that I'm satisfied with. Don't get me wrong: I do it. And I work on it until I am satisfied. But I still think it's easier to come up with my own ideas, make up stories from those ideas, then search for matching markets than to create stories with the pre-set themes and ideas of others. 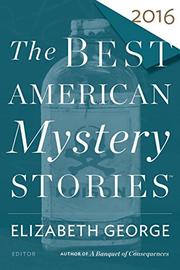 What are some of your experiences and opinions on all this? Do you actively seek publication in anthologies? If so, how do you find them? Have you always been able to squeeze through the submission window in terms of time and story-theme? Are you often asked by an editor to contribute to an antho? Have you ever turned down such a request? Do you find it easy to write a story-on-demand? Have your published stories ever been selected for some of the "best-of's"?

On the subject of Best American Mystery Stories, let me again congratulate my SleuthSayers colleagues Rob Lopresti and Art Taylor on making the newly-released 2016 edition of B.A.M.S.--Good work, guys! (And I noticed that R.T. Lawton, David Edgerley Gates, and I managed to make the "close-but-no-cigar" list in the back of the book, this time. It's not the Top 20 of the year, but it's the Top 50; when I saw my story in the list, my head swelled until I had to adjust the strap on my baseball cap.)

Since I seem to be wallowing in self-congratulatory mode, I have another announcement: my latest collection of short mystery fiction was released on October 10, with a launch at Lemuria Books here in Jackson, Mississippi. It's hardcover, thirty stories, 352 pages, 90,000 words, and titled (appropriately) Dreamland.

And yes, a few of the included stories previously appeared in . . . anthologies.

I'm not an anthopologist for nothing.