The Case Against Charles Dickens 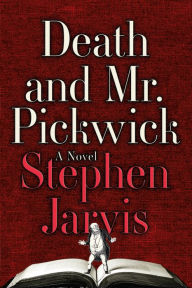 I won the prize of a proof copy of the novel, Death and Mr Pickwick by Stephen Jarvis, based on my comment on his April 12 post. I promised Leigh that I would write a review of the novel for SleuthSayers. By the time you read this review, the novel will have been published in the UK and the US. I didn’t read the reviews of the novel in the June 2015 issue of The Atlantic or the July 19 issue of the NY Times Book Review for fear they would influence my opinion.


Death and Mr Pickwick is based on the life of the 19th century caricaturist Robert Seymour. Mr Jarvis’s purpose is to correct the accepted version of who created Mr Pickwick and the pickwickian characters, Charles Dickens (1812-1870) or Robert Seymour (1798-1836). He argues that the accepted version is wrong. For him, "Seymour is THE key person in Dickens’s career; and in my forthcoming novel, Death and Mr Pickwick, which tells the story of the creation and subsequent history of The Pickwick Papers, Seymour is the main character."


I don’t challenge Mr. Jarvis’s argument. I leave that up to the Dickensian scholars. My concern is how the novel reads as fiction based on the lives of real people. 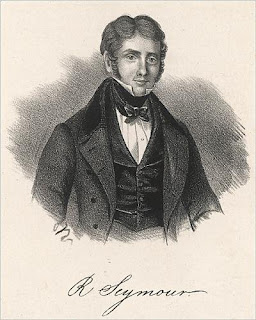 The novel is a biography of Seymour and a history of The Pickwick Papers using fictional techniques. In the framed narrative an old man who calls himself Mr Inbelicate is the inside narrator. He hires a young man, whom he nicknames Inscriptino, to write a book based on the documents, pictures, and drawings in Mr Inbelicate’s possession to correct the accepted version of who created Mr Pickwick and the pickwickian characters. Scripty, as Mr Inbelicate calls him, is the outside narrator. He tells the story of how the old man would explain the history behind each document and each picture. After Mr Inbelicate dies, Scripty reads his narrative of the history of The Pickwick Papers and the amazing effect the novel had on readers (Inbelicate is a compositor’s error of indelicate and Inscriptino of inscription).


In the accepted version, Robert Seymour might have played a minor part, but Dickens created Mr Pickwick. Mr Inbelicate claims Dickens, while not saying so outright, with help of his friend John Forster, used evasive techniques in prefaces to the various editions of the novel to deny Robert Seymour’s contribution in creating Mr Pickwick. The publishers Edward Chapman and William Hall also denied Seymour’s contribution and refused to pay his widow and two children what they were due based on the success of The Pickwick Papers. Since Seymour burned all his papers, including the contract he had with them, the widow could not prove her husband created Mr Pickwick. Dickens’s conscience bothered him when he learned the widow and children were living in poverty. Forster persuaded him not to help the family. However, Dickens did give the widow five pounds.


According to Mr Inbelicate, Seymour suggested such to Chapman and Hall and they accepted the idea of the gullible man who would wander through England with friends. They would form the Pickwick club and report on their exploits. Chapman, Hall, and Seymour searched for a writer to provide the words that would accompany the pictures. After reading Sketches by Boz, Seymour agreed to accept Dickens, who was familiar with Seymour’s work. In their first meeting, things got a little tense when Dickens commented on and altered one of Seymour’s drawings. Seymour didn’t mind the criticism but was not happy with Dickens’s altering the drawing. 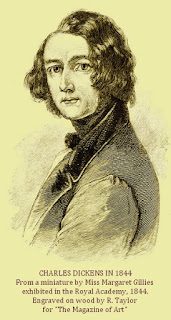 In their second meeting, Dickens insisted Seymour draw pictures to his specifications. He also suggested Seymour redraw a clown that Seymour had previously drawn to be included in an episode. Seymour refused. He returned home, burned all his papers, and committed suicide. Before Seymour’s confrontation with Dickens, Chapman and Hall decided Dickens’s writings rather that Seymour’s drawings would sell the magazine. Thus, Dickens took ownership of the Pickwick project before the first installment was published.


The Pickwick Papers was first serialized. The magazine sold more copies after Dickens added the bootblack Sam Weller, Mr Pickwick’s Sancho Panza. After the final installment, the issues were collected into the novel that brought Dickens fame. If it weren’t for Dickens, Mr Pickwick would have died with Seymour. The case against Dickens is not that he stole the idea but that he refused to acknowledge Seymour’s part in creating Mr Pickwick. Dickens clearly played a major role breathing life into Mr Pickwick.


I enjoyed the novel not for its plausible argument that Robert Seymour created Mr Pickwick but for its depiction of Dickensian-like characters, real and invented, and the nineteenth century milieu. The characters and humorous situations in which they find themselves are a joy to read. The novel does the one thing fiction must do. It entertains, something it probably would not do if it were a scholarly treatise. Reading the 800 pages was well worth my time and effort.
Posted by Louis A. Willis at 00:00