My Brother, My Editor and The Silent Sister


by Robert Lopresti
Today it is my pleasure to introduce someone I have known literally all my life.  Diane was the sibling closest in age to me (still is, come to think of it), which means I was the dopey little brother who drove her crazy by following her around.  I hope I've outgrown that.
I remember the first time she got something published: an op-ed page piece in a major newspaper about being a social worker in a hospital emergency room.  It made a gripping read, I'll tell you.
Since then we have spent many hours discussing our writing experiences.  Unlike me she had the guts to try it full-time, and that sometimes seemed like a dubious choice ("Are you SURE you want to be in this business?" she asked me more than once) but persistence and talent has produced more than twenty novels, and a ton of fans.  The novel she discusses below is currently #9 on the UK Bestseller List!
We invited her to write about her new novel and she sent us this modification of a piece she wrote for She Reads back in October.  By the way, the story of mine she mentions, "Shooting at Firemen," is scheduled for the July/August issue of Alfred Hitchcock's Mystery Magazine.
And now, here's Diane.  Enjoy.
— Robert Lopresti

My Brother, My Editor and The Silent Sister
by Diane Chamberlain


My younger brother, SleuthSayers blogger Robert Lopresti, was a writer before I was. We'd been very close as kids but lived on different coasts as adults. Back when I was a social worker, I would go to the gift shop in the hospital where I worked and look through the mystery magazines on the newsstand. I'd feel a little thrill every time I'd find one of Rob's stories inside them. Even though we lived 3,000 miles apart, seeing those magazines in the place where I worked made me feel close to him.


Fast forward thirty years (yes, thirty!). Rob has published nearly sixty stories and a novel, and my twenty-third novel is about to be released. We've reversed coasts—he's in Washington State and I'm in North Carolina—but our writing still connects us and we commiserate frequently about the publishing world.


Rob and I write very different types of stories. About a year ago, he sent me a short story he'd written that was set in our hometown. I loved it. In a subplot of the story, a brother laments the disappearance of his sister. I won't give away what happened to his sister, but I knew that in a Diane Chamberlain novel, something very different—not better or worse, just different--would happen. My imagination was off and running. I would write a brother/sister novel! I loved the idea that it was inspired by my own brother.


Imaginations are fickle things, however. I'd wanted my protagonist to be a young man whose sister disappeared long ago, but whenever I tried to picture him, he turned into a woman. I finally gave in and created a twenty-two-year-old woman, Riley MacPherson, as my central character. Well, there went my brother/sister story! I did give Riley a brother, Danny, but he'd been killed in the Iraq war a few years earlier. That felt necessary because I wanted to isolate Riley to increase her need to find Lisa, the sister who disappeared and the only remaining member of her family. 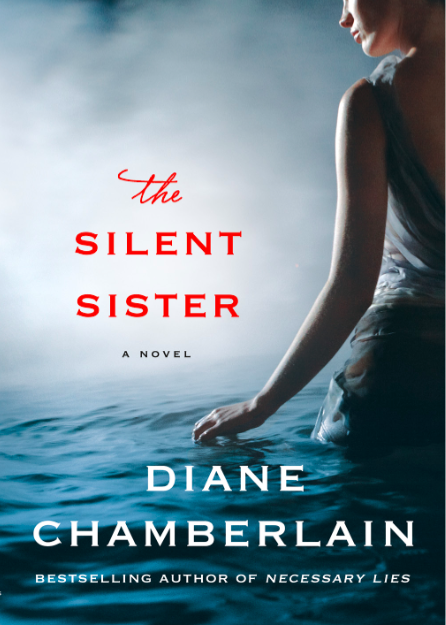 This is where my editor steps into the picture. I'd written the entire book and typed 'The End' when she said, "Danny should be alive." In my early writing days, my initial reaction to such an extreme editorial suggestion would be, "Noooooo!" followed by twenty-four hours of soul searching at which time I would realize my editor was brilliant. I've now evolved to the point where I can often see the brilliance within minutes. That was the case when Jen Enderlin at St. Martin's suggested I bring Danny back to life. Together, Riley and Danny would search for their missing sister, each with a different motive … and very different plans for what they would do if they found her. Suddenly The Silent Sister was a richer story … and ironically, I once again had the brother/sister novel I'd wanted to write. So thank you, Jen, for the suggestion, and Rob, for the inspiration, and I hope we'll be sharing our stories for a long time to come.

Diane's publisher, St. Martin's Press, will give two lucky readers copies of The Silent Sister randomly selected by Diane among the comments. Check back here tomorrow for the winners and how to claim your prize.
Posted by Robert Lopresti at 00:00