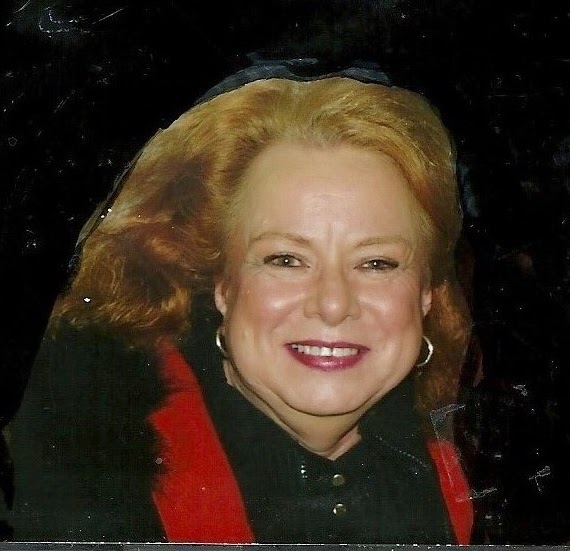 My post for today has been ready for weeks, so I felt pretty good when I arose yesterday and, coffee cup in hand, went to the computer to see what Leigh had to say.  I confess I wasn't expecting to read about one of his exes being formerly a mob moll.  This was especially amusing since last week, my grandson told me, "Dad says you used to date someone who was in the Mafia."

Dilemma: Is that a story I really want to share with SSers?

Answer:  Yep, I think I will.  Note that my author photo today is from the time in my life that this occurred.

My older son was sixteen; the younger, eleven. They'd been taking karate lessons across town, so when a dojo opened near our townhouse, we visited.  The tall, good-looking sensei/proprietor was very convincing, and I moved the boys' lessons to his studio. Unlike Leigh, I'm not using real names, so I'll just call him John. 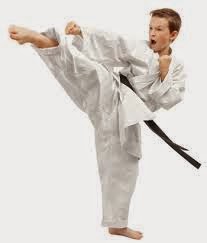 A few weeks later, John began joining me on the bleachers after my sons' lessons. He spoke glowingly of their progress and we discussed life as single parents. We also talked about how to build his business through a promotional campaign for the karate lessons and the aerobics classes upstairs.

Next came an invitation to dinner, which I thought was a business meeting to discuss the PR plan. During the evening, I wasn't quite sure what to think. He acted more like we were having a date than a business meeting, but the conversation kept going back to plans for the dojo. At the end of the night, when he went for the inevitable goodnight kiss, I was still confused.

John was handsome. He was charming.  He took up a lot of time with my sons. In June, he confessed to me that he was having a hard time with the dojo rent, but that he would be receiving a substantial financial settlement from an accident in just a few weeks.

Can you believe that I was dumb enough to lend him a thousand dollars? The only reason I had a thousand to spare was that I drew three months' pay as a lump sum at the beginning of the summer.

Weeks rolled by and I saw more and more things about John that I disliked. For one, he had my sixteen-year-old son teaching younger students. It began with his just doing warm-up exercises with them. Soon he was teaching the entire class time. John told the kids' parents that my son was a black belt, which he was not. I've never liked liars.

Every time I asked about his "settlement," John told me he would be getting it soon. Now, I've never liked liars, but I didn't say I'd never lied. After all, I was essentially in training to become a fiction writer later in life.

On a Monday afternoon in August, I told John that he had to return my money by Friday because I'd borrowed it from someone who was becoming very impatient causing me to be frightened. I never said it, but I implied that I'd gotten the thousand from a loan shark. Tuesday afternoon, John told me that he didn't think he'd be able to pay me anytime soon.  He didn't seem overly concerned. He acted like it was my problem, and I'd have to deal with it.

Wednesday afternoon, the owner of a deli that I did bookkeeping for called John. He was a big Greek man from somewhere up North, had the lowest voice of anyone I ever knew, and said the following, word for word:

I have a problem, John. I loaned some money to a young woman who can't pay it back  It turns out she got that money for you. I'll be taking care of this matter this weekend unless she puts that money in my hand Friday at lunchtime. You need to understand that I'm not going after her. I'll be settling up with you. I don't like men who take advantage of women.

Those are the exact words that were spoken. I know because my Greek friend read them exactly as I'd written them on an index card for him. John spluttered around trying to negotiate, but the phone line went dead. The big, bad karate master dang near wet his gi.

Rain was pouring mid-morning Friday, but John came running out to my car when I pulled up in front of the dojo. He couldn't put the money in my hand fast enough. I even asked him if he'd like to ride with me, but he was adamant that he had too much to do. I killed a few hours at the library and then stopped at a florist before heading back to the dojo.

My drama skills were in full play when I returned.  I motioned for John to join me in the office.

Closing the door behind us frantically, John asked, "Is it okay? He's not coming here, is he?" 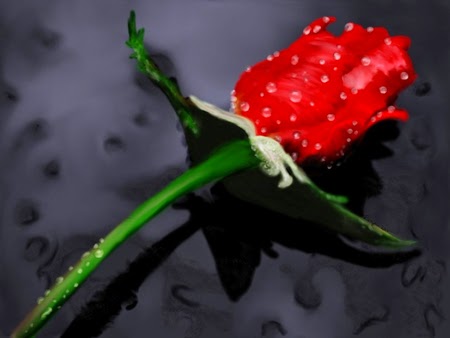 I handed John a single red rose and said, "He said to give you this, and you'd better be damn glad it's red and not white."

That's the end of the story if I rewrite and try to sell it, but since we're friends, I'll tell you the rest.

My sons returned to lessons at their original karate location. Neither objected. They even said, "We were learning more there."

John called a few times, and I always made some excuse not to see him.  Three months later, his business closed. Six months later, I ran into the former aerobics instructor from John's studio at the mall. She told me that he'd disappeared while owing her husband several thousand dollars including their last loan to him when he swore the Mafia was after him.

A few years later, I'm in the kitchen preparing dinner when my younger son calls, "Hey, Mom, come here. John's on the news."

He'd been arrested for conning several women out of money by setting up a photography studio and advertising for models, who were then giving him their student loan money to advance their careers. I think there was probably more to the story than that, but I changed the channel.

Now, how does this relate to writing fiction? I hadn't thought about that crazy summer for years until my grandson said his dad told him I dated someone in the Mafia.

I questioned my son about it and he said that John had told him, "Your mom has a boyfriend in the Mafia."

When I told them the entire story, both my son and grandson had a big laugh over G-Mama conning a con man. Leigh's column yesterday inspired me to begin writing this tale as a short story.  Of course, I always "embroider" real events, so the protagonist might become the aerobics teacher (change aerobics to zumba to update it) and the older Greek man could be her grandfather.

What about you?  Are some of your stories semi-autobiographical?

I hadn't thought of 'Carlotta' (not her real name) as a mob moll, but in a way she was. I shared with RT that afterwards, she because highly successful in business, all very on the up-and-up.

Thanks, Leigh. My grandson says, "G-Mama's life has been stranger than fiction." I have an idea yours has been, also.

A good piece! It's all too rare con men meet their comeuppance in such an amusing way.

Janice, looking back, I think we may have dodged the bullet on that one. Goes to show you can't always tell the good guys from the bad ones by looks.

Oh, Fran - what a wonderful story! And what a great way to handle the situation! Also - you can NEVER tell the good guys from the bad ones by looks, because the professional cons make sure they seem the sweetest guys on the planet - at first...

My father's folks were born in Sicily but as far as I know the closest connection we have to the mob is that my grandmother's father, after giving his ice cream parlor to his son-in-law, became a bootlegger.

That is a wonderful story, Fran. Well done!

Surprisingly, perhaps, I've never had dealings with the Mafia as a police officer. In spite of their rep, they're not thick on the ground in South Jersey, though they have a few enclaves here, I'm told. I did, however, grow up with a career criminal in my Uncle Jimmy, whom I wrote about in an earlier piece. He was not Mafia, but he was most certainly a gangster.

Ah, Fran, that was a good one.

Very funny story! I'm glad you got your money back.

You folks are on a roll. Didn't Melodie Campbell recently write about the Mafia?

Nice, Fran! I love that comment about lying: "...training to become a fiction writer later in life."

Thanks to all of you who commented. I didn't get a chance to check during the day because I took my grandson on a shopping trip preparing for his first day as a high school student.

Supper's in the oven, and I want to add a PS to my previous comment. I'm looking forward to reading semi-autobiographical stories from you folks and will be on the lookout for yours, Rob.
I responded to your comments before checking my answering machine. My older gentleman friend who made the call for me read the blog today and left me a message that it brought back memories as well as a laugh. I hadn't heard from him in close to twenty years. I just hope "John" never reads it!

I loved the buildup on this story! I kept thinking as I read it, "At some point, she's really living on the edge here. Something nasty is going to happen." Boy, that's some intensive action going on. Thanks so much for relaying this personal event!