In the Heat of the Night


by Leigh Lundin
After the shooting of young Michael Brown in a small Missouri municipality, I thought the 150 or so assembled police looked more like a scene from protests in the Middle East than what we like to think of as America. As I was pondered writing my column, I noticed a flood of other commentators thought much the same thing.
A fifty-year-old article lamented the emerging police use of the word ‘civilians’ instead of ‘citizens’. This phrasing, said the writer, not merely positions the police apart from the public, but it sets them above the people like shepherds and sheep. The article predicted the concept of serving the citizens would become lost in this new order.

Adding to this perception is the long-standing “1033 Program” by the Department of Defense, which offers military gear to police in even the smallest communities for pennies on the dollar. Tiny police departments can purchase military helicopters, armored personnel carriers, combat assault gear, mine-resistant vehicles and even tanks. This program has become a concern of both liberal and conservative thinkers. (As usual, I distinguish between liberal and conservative, and left and right, which are not synonymous.)

Much has been made of this small city’s lack of professionalism. Ferguson’s population as of the last census is 21,000 and diminishing. But in its decline, political and police presence has grown. While it's true its very white police department arrests twice as many minorities as it does whites, that’s in line with the town’s racial mix. A community sore spot is that only 5% of the police community is black and none are in positions of any real authority.

And police there have stepped over the line before. After a suspect in a savage take-down some time back turned out to be innocent, police retaliated. They charged the man with destruction of property for splattering blood from his injuries on their uniforms. Officers in Ferguson don’t appear to be the brightest loci on the thin blue line.

Large cities have at least two advantages small towns and cities don’t. For one thing, sizable cities can provide professional training. They may have their own academies and for officers, they may have the option to send candidates to degree-offering police institutes. Secondly, major metropolitan areas try to weed out bad apples, gung-ho head cases unsuitable for a profession that requires not only strength, but restraint. Small towns have less of a labor pool– and gene pool– to work with.

Side of the Angels

Here at SleuthSayers, we like to think cops are on the side of the Truth, Justice, and the American way of life. Of those who aren’t, we aren’t shy about speaking up once we know the facts. The facts in Ferguson aren’t particularly auspicious.

It looks like plenty of blame can be passed around. There’s no excuse for vandalizing and looting one’s neighbors, especially small business owners trying to eke out a living in a crumbling downtown. Even if they manage to afford insurance, it won’t fully cover damage and the months they’ll be out of business, possibly begging to become stockers in Walmart. And for what?

Looters aren’t big on reading Consumer Reports. A month from now they’ll be begging some undercover cop to buy a bagful of pink Chinese-made THC Pomposity IV cell phones that earned a meager 1½ stars in Gizmodo.

A week ago on the 9th of August, a police officer shoots and kills an unarmed 18-year-old boy with his hands raised. The young man has never been in trouble before and is enrolled in technical school to advance his education. Likewise, the officer has never previously been brought up on disciplinary charges.

After shooting, the officer, according to witnesses, does not take the pulse of the victim nor does he inform his superiors of a fatal shooting. Instead, he removes himself and his car from the scene, potentially breaking the chain of any potential evidence on the officer or the vehicle, which in this case may prove important.

Other officers present do not attend to the boy and, according to witnesses, do not allow medical personnel to offer assistance or approach the body. Instead, officers confiscate camera phones from bystanders. Evidence further deteriorates as crime scene investigators fail to to be called in for four hours.

Commanding officers learn about the shooting not from officers at the scene but, like the public, from television news.

The community initially responds with peaceful protests, but as the police department refuses to answer questions, both sides overreact. Vandals loot and damage property and 150 riot police in military gear shock the nation and the world with a military invasion reminiscent of dictatorial crackdowns.

Within days, Governor Jay Nixon calls a state of emergency, which locals refer to as ‘martial law.’ Adding to the atmosphere of authoritarian abuse in support of Ferguson cops who refuse to wear name tags, Missouri lawmakers rush a bill to the floor of the legislature that would shield the names of officers involved in any shooting from public knowledge. If that passes, a rogue cop could be involved in a dozen shootings and the public would never know.

The Police Department, and particularly its police chief, appear to be utterly tone deaf. When the President offers condolences to the family of the victim, town officials ask where are the condolences for them. Eventually Anonymous gets involved, bless their anarchistic little souls.

After out-of-control cops are caught on camera screaming “Bring it on! Bring it you ƒ-ing animals,” the Chief of Police announces he is not interested in talking with community leaders and praises his men for their “incredible restraint,” prompting a commentator to ask, “What does lack of restraint look like?”

Authorities are not finished. In a local McDonald's, police seize camera equipment, then assault and arrest news reporters. They arrest a local alderman who comes to assess the scene for ‘failure to listen.’ They teargas and beanbag a state senator at a peaceful sit-in rally who dares challenge the police chief..

When is a Cigar not a Cigar?

Up to this point, my attention shifted from the increased militarization of police departments to question how poorly the situation was being managed. Hardline authoritarianism is rarely the best solution. 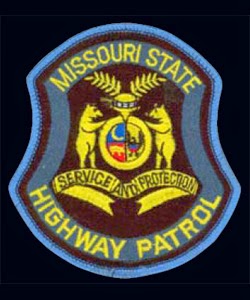 When the state police arrive, the atmosphere immediately changes. The community welcomes them, some even hug the troopers. The mayor of Ferguson reportedly says he feels safer with their presence.

In defiance of Department of Justice requests not to further inflame the community, after relieved of command, this embattled Chief of Police– without informing the state police who've just replaced him– holds a press conference to announce that young Michael Brown has now surfaced as an after-the-fact suspect in a theft of… (I can’t believe I’m writing this) … a package of cigars.

The cigar evidence is somewhat tenuous but, whether or not true, the chief's proclamation smacks of a specious and insensitive smears. The police chief himself acknowledges the two incidents are unrelated, that the officer involved in the shooting was unaware of the cigar store theft.

State police vow not to let that accusation cloud the greater issues at hand. These two men epitomize the right and the wrong way to handle community policing. Ferguson’s “civilians” may have found their Virgil Tibbs in the person of Captain Ron Johnson.
Posted by Leigh Lundin at 00:00