Getting into Big Trouble 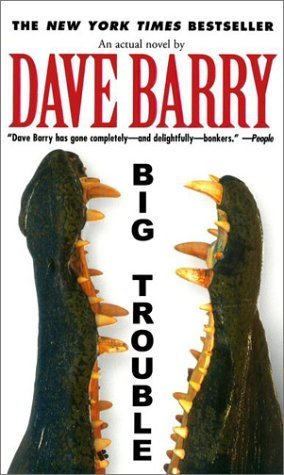 Some of the columns I enjoy reading the most at SleuthSayers are those that tell me about past novels and stories and movies that I somehow overlooked or never heard about at all. I still remember how pleased I was to find out from Rob Lopresti about the quirky film In Bruges; as soon as I sought it out and watched it, it became one of my favorite crime movies.

A couple of weeks ago I discovered one of these long-lost little gems on my own, in the book-sale section of our local library. It was a novel published fifteen years ago by Miami journalist and humor columnist Dave Barry, called Big Trouble. In fact I believe it was his first attempt at fiction--and it was one of those books that I knew I would like as soon as I picked it up and flipped through it. (It also cost me only fifty cents, but still …)

In hindsight, I think I recall at least noticing it when it appeared in bookstores and hearing about the movie that was later made from the novel, but I just never paid much attention to either one. Turns out that was a mistake. 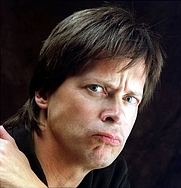 A quick note. Big Trouble is not profound, meaningful, life-changing literature, and doesn't pretend to be. It's just a joy to read. On the book jacket, Elmore Leonard blurbed that it was the funniest book he'd read in fifty years, and Stephen King said it's the funniest thing he'd read in almost forty years. I'm not sure I'd go that far– some of the early Stephanie Plum novels made me laugh like a loon on just about every page– but I do agree that Big Trouble is hilarious, and delightful from start to finish.

Two more things, as I wrote this piece, reminded me of recent SleuthSayers columns. One is that we've spent quite a bit of time at this blog lately talking about humorous mysteries--presumably because so many of us enjoy them. And believe me, this book ranks right up there with the work of Carl Hiaasen, Janet Evanovich, Tim Dorsey, etc. My hat's off to all of them. It can be difficult to make crime funny, and we writers know that humor of any kind is hard to do well and easy to do badly.

The other thing I kept thinking of was Leigh Lundin's frequent columns about the weirdness of some of the residents of Florida. At times it does appear that many of the loose nuts in the continental U.S. have indeed rolled down and lodged in the Sunshine State, and most of those seem to have kept trickling down to the Miami area. Big Trouble is set entirely in South Florida, and sometimes the only reason given by some of the characters to explain the behavior of the other characters is that they simply happen to be residents of Miami. Goofy things happen there.

I'm not overly fond of book reviews that go into great detail about the plot, so with that in mind (plus the fact that I'm basically lazy), here's my snapshot of Big Trouble: Two hitmen from New Jersey head down to Coconut Grove to "take care of" an embezzler named Arthur Herk, and in the process they encounter a tree-dwelling vagrant, a python named Daphne, two Russian arms dealers, a truckload of goats, a giant toad, a down-on-his-luck ad man, a dog named Roger, three teenagers obsessed with a squirt-gun game called Killer, a nuclear bomb, and an assortment of crooks, illegal aliens, airport security personnel, FBI agents, and charter pilots. And wind up, of course, in big trouble.

If you're so inclined, and if you like to belly-laugh, give this novel a try. I found that I really didn't want it to end, and when it did I was pleased to discover, via Google, that Mr. Barry has since written two other funny mysteries--Tricky Business and Insane City.

I'll be looking for them on the library book-sale shelves.
Posted by John Floyd at 00:01