I haven't been writing about Florida in recent months, not because weird stuff stopped happening here, but because the news had grown morbid and lost its humor. There's nothing funny about a grown man who ran over a young girl who'd refused him or the poor Tampa girl bullied into suicide.

But remember, this is the home of irony, where our governor, Rick Scott, who originally opposed Obamacare, still refuses to allow Affordable Care 'Navigators' into the state. The irony? Rick Scott engineered the largest Medicare/Medicaid fraud in our nation's history. His fines alone were $1.7-BILLION. But with the billions left over, he purchased a governorship, always for sale in Florida.

Following are a few tidbits from the Sunshine State.

Attack of the Giant Snails

For centuries, ships have brought invasive– and terribly destructive– foreign species to Florida. I personally feud with fire ants, vicious Formicidae that don't simply bite, they use acid to burn holes through the skin and kill a human when attacking en force.

Some of the most destructive plants and animals have come from hobbyists' aquariums– hydrilla, walking catfish, Asian carp, and now, straight out of 1950s scary movies… voracious snails the size of a large man's fist. Miami-Dade decided it was time to call in the dogs. 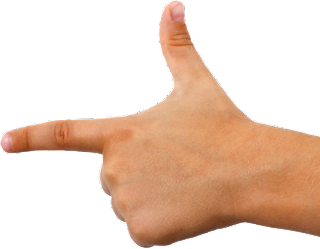 The very funny Irish comedian, Dave Allen, had his index finger missing since childhood. When he was a child and played cops and robbers with his mates, chasing each other and shouting "Bang, bang!" Some of the boys challenged his stubby index finger, telling him he couldn't shoot with that. "Sure, I can," he said. "Ever hear of a snub-nose .38?"

Now comes the story of an eight-year-old Harmony boy who was playing bang-bang-shoot-em-up with his fully-loaded pretend finger pistol in this great state with the deadly Shoot First / Stand Your Ground proudly on its books.

His Osceola County school suspended him for playing bang-bang with his brother and friends, but threatening no one. As his mother pointed out, he was actually empty-handed.

As discussed in this column, Florida has an insane collection of gun laws ranging from the infamous Shoot First / Stand Your Ground to mandatory sentencing. More than one critic have observed that the laws were written by whites for whites and seldom work in favor of black folks.

Take the admittedly murky case of a Jacksonville mother of three, Marissa Alexander, who fired a warning shot to keep clear of her ex-husband. If she'd killed him, she might have defended herself with the Shoot First / Stand Your Ground law, at least if she'd been white. But since she didn't kill him, the state's mandatory sentencing kicked in, subjecting her to a twenty-year prison term, which even non-supporters feel is excessive.

Now, an appeals court has sent the case back for a retrial on a technicality. Let's hope a jury finds a way to make this right. And just in case you think Florida has left its racist roots behind with all the Northerners who've immigrated, let me remind you Florida still honors the first Grand Wizard of the Ku Klux Klan, Civil War criminal, brilliant cavalryman and possibly racially rehabilitated Nathan Bedford Forrest.

Remember Jennifer Mee, the Florida teenager who appeared on talk shows because she couldn't stop hiccupping? She hit a little hiccup of her own.  She's been sentenced to life imprisonment for masterminding a robbery and murder

Some people will do anything to get the latest Apple gadget. In this case, a woman walked into the Boca Raton Apple store with a strap-on device… nobody knows quite what it was. My guess it probably violated Apple's warranty, not to mention a possible law or two.

In the meantime, welcome to Florida, folks. No irony deficiency here.
Posted by Leigh Lundin at 00:00