by Eve Fisher
There is nothing quite like the lure of rewriting history, whether personal, national, or the world at large.  Back in my teaching days, one of the projects students were given was to choose from a list of pivotal points, write what really happened (so that I could know that they knew something about what they were about to mess with) and then what would have happened if...

Charles Martel lost the Battle of Poitiers in 732 CE against the Islamic Umayyad Dynasty, which was trying to move up from (current-day) Spain into the rest of Europe.

William the Conqueror had been slain by a stray arrow in the invasion of 1066.  Or pneumonia.  I wasn't picky. 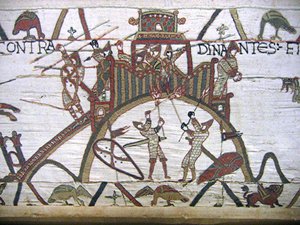 The Athenians had won the Peloponnesian Wars of 431-404 BCE.  (HINT:  for one thing, Socrates might not have been tried and executed.) 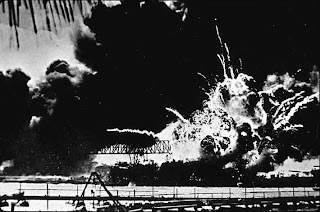 WWI - What if the French soldiers' mutiny of December, 1916 had succeeded?

WWI - What if Russia had stayed in the war under Lenin?

WWI - What if the United States had maintained its isolationist stance and never gotten involved in WWI at all?

WWII - What if Japan had not attacked Pearl Harbor?

WWII - What if Germany had never declared war on the United States?

WWII - What if Mexico had signed a treaty with Germany and declared war on the US?  (Germany actually pursued this.)

WWII - What if Hitler had not invaded Russia, but stuck with hammering England instead?

I had a lot more of these, and the students loved them.  I got some great papers out of them.  People are fascinated by what might have been. 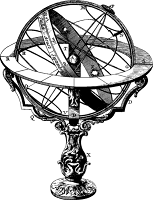 And they're also fascinated with what might have been on the personal level.  We all know people who are trapped in the "what might have beens", longing, looking, wishing that somehow they could change the past.  This desire to change history is one of the reasons, I think, so many people find it so hard to forgive, and I'm not just talking about the big stuff - because what they really want is not an apology, but for whatever it is NEVER TO HAVE HAPPENED.  And that's impossible, unless the alternate universe theory is true, and even if it is, fat lot of good it does us in this universe.

And, let's face facts, we've all played the game (I believe) on the personal level.  What are the five things that you wish you could change about your past?  If five are too many, try three.  Or one.  What would that change about who you are today?  Would it be worth it?  Maybe.  Maybe not.  I wish I had never started smoking (I'm proud to say that, as of this writing, I have been 3 years cigarette-free, which is still amazing to me).  I wish I had moved to that place, or stayed there, and a few other things I'm not going into here...  But then again (other than the cigarette thing), maybe not.

The truth is, I kind of like being my cranky, eccentric, bookaholic, mystery-writing, perambulating, muttering, sharp-tongued self.  I don't know that I'd trade it in on an alternate Eve.  But it's an interesting thing to think about.

PS - Which of the above historical "what ifs" would you have picked?
Posted by Eve Fisher at 00:01