by Terence Faherty
Happy Second Anniversary to all SleuthSayers contributors, past and present!  And to regular readers who have stuck with the blog throughout its run, thank you! 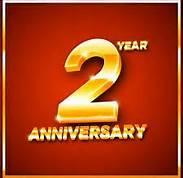 This week, I'm continuing the "Best of SleuthSayers" list that Dale Andrews began last week.  As Dale said, this list is very subjective and constrained by space limitations.  I wasn't able to hold to our original conception of five articles a month, but I usually limited myself to eight. I think the list reflects both a breadth of subject matter and the depth of the SleuthSayers bench.  I hope Dale's list and mine will encourage readers new to the blog to browse our "back issues."

If I jumbled anyone's title or misspelled a name, I apologize.  Those of you who use a middle initial may find that it comes and goes (as they seem to do on the blog).   I'd also like to thank Dale for his leadership on this project.  He's a good man to follow on a desperate enterprise.  He doesn't daunt easily.

A Bouchercon Mystery -- Dale C. Andrews draws us in.

The Shrink is in . . . Cyberspace -- Elizabeth Zelvin's fascinating day job.

The Dadaist Enigma of Claire DeWitt -- Dixon Hill offers a unique take on an author's "mistakes."

Developing the Series -- R.T. Lawton's great advice on keeping your friends close and your editors closer.

You Say Sensation, I Say Mystery -- Eve Fisher discusses the prehistory of the genre.

"The Unicorn in the Garden," or God Bless You, Mr. Thurber -- Eve Fisher remembers two comic geniuses:  Thurber and Benchley.

The Great and Billowing Sea -- David Dean on great sea stories and a jaw bone.

Known Only to God -- Fran Rizer offers thoughts on Veterans Day for every day.

Not Being Preachy -- Elizabeth Zelvin on characters who carry the burden of an author's themes.

We're No Angles -- Eve Fisher on a minor Christmas classic.

The Dark Valley of Unpublished Stories -- David Dean describes a trip to a place where all writers have strayed.

The Art of Detection -- Dale C. Andrews' review of a new book on Ellery Queen sparks thoughts on a writer's immortality.

Chekhov Wrote Crime Stories? -- Louis Willis offers a new way of looking at a master of the short story.

Doubt -- Janice Law explores the value of doubt in the mystery.

The Silence of the Animals -- Dixon Hill tells a great story.

I Was Just Wondering -- Louis A. Willis on the toughest job a "fictioneer" faces.

I Owe It All to Rilke -- Brian Thornton devotes his SleuthSayers debut to the networking challenge.

Readers Choice -- David Dean places his literary future in the hands of his readers.

And the Beat Goes On -- John M. Floyd on Robert B. Parker's second coming.

And Where is THAT? -- Fran Rizer discusses some fabulous real estate.

Setting as Character -- Brian Thornton discusses the importance of setting in the mystery.

The IDES Are Coming -- R.T. Lawton lets the ides have it.

The Dean of SleuthSayers -- Leigh Lundin on David Dean and his new book.

I Found My Thrill -- Fran Rizer explores the thriller.

The After Story -- R.T. Lawton on continuing a story beyond the climax.

A True Story of Crooks and Spies -- Dixon Hill reviews a true tale of wartime intrigue.

The Current Crop of Clichés -- Elizabeth Zelvin considers the continuing devolution of the language.

He Wasn’t The Best But He Was Good Enough -- Louis A. Willis on an almost-master, Carroll John Daly.

The Bank Robbery  -- R.T. Lawton describes a bank robbery that never was.

Random Observations -- Eve Fisher's thoughts on travelling away from oneself.

Some Thoughts on "Cosplay" Fiction -- Brian Thornton coins a term for anachronistic characters in historical fiction.

Dumbing Down: Self-fulfilling Prophecies about the Loss of Culture -- Elizabeth Zelvin's title describes it and her essay nails it.

Some Thoughts on the Importance of Plot, Character and Conflict in Fiction -- Brian Thornton minces no words in his discussion of the interaction of plot and character.

Adolescent Sexist Swill? --  Fran Rizer pulls a Tom Sawyer on her friends with the help of Richard S. Prather.

Beginners -- Janice Law on the art of learning a craft.

Show Don't Tell -- Dale Andrews on the difference between paper and flesh and blood.

Who's on First -- Terence Faherty addresses the challenges of the PI point of view:  first person.

Hiaasen on the Cake -- John Floyd's tribute to Carl Hiaasen.

Two Writers, One Set-up -- Robert Lopresti on Jack Ritchie and the starting gun.

The Crazy Crawl -- Dixon Hill on yet another technological innovation that makes life less intelligible.

Pam, Prism, and Poindexter -- Leigh Lundin hits a nerve with the subject of domestic spying.

You Can't Make It Up -- Eve Fisher opens her file of newspaper clippings.

Going to Great (or Short) Lengths -- Janice Law on the lengths to which authors will go.
Lessons Learned -- Jan Grape discusses putting your writing on automatic pilot.

Wherefore Art -- Toe Hallock on the fascination of words.

Some General Thoughts on Character -- Brian Thornton tracks down an elusive (definition of) character.

Regrets, I've Had a Few.... -- Brian Thornton on the secret character ingredient:  regret.

Suddenly, I Got a Buzz -- Robert Lopresti on words that need watching.

Criminal Book Covers -- Leigh Lundin on book covers that should be covered.
Posted by Terence Faherty at 00:01