From the introduction: Certainly one of the aspects that made putting this collection together so cool for us as editors and contributors was our respective  backgrounds in activism and community organizing. The lessons we took away from those experiences were not only about the need for a incisive power analysis and being aware that goals and objectives have to be constantly readjusted, but just how indomitable are the spirits of everyday working people, be they dealing with faceless slumlords, police abuse, rights on the shop floor or simply banding together to get a stop light erected at a street corner for their kids.

I’m reading my way through the many anthologies on my bookshelves, but not in any systematic way. I usually pick an anthology based on catchiness of the title. With Send My Love And A Molotov Cocktail: Stories of Crime, Love and Rebellion, I thought about how the versatile crime and mystery genre is often used to tackle social issues. These days I read fiction for pure enjoyment not profound insights on the human condition. So, as I began reading, I had to keep an open mind and not judge the stories based on the authors’ opinions toward the social issues. I chose three stories for this post based not on the issues but on the authors.

I chose “Bizco’s Memories” by Paco Ignacio Taibo II because I need to read more stories by foreign authors, especially those south of the border. “Bizco’s Memories” is a  framed story about how political prisoners are treated more harshly than common prisoners in Mexico. As I read, I thought about the SleuthSayer posts on narrative voice. In framed stories there are, of course, two voices. In this one, the inside voice, Bizco, an unreliable narrator, tells a story to the outside voice of how the political prisoners exacted revenge on the common prisoners who had been harassing them. Bizco doesn’t end the story but merely stops talking. I sensed another voice or style, that of the translator and editor, Andrea Gibbons. 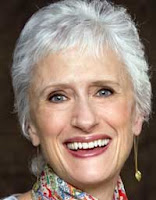 I chose “Poster Child” to see how social novelist (as I like to refer to her) Sara Paretsky handles the abortion issue in a short story. Antiabortion activist Arnold Culver is found dead on a park bench with antiabortion fliers stuffed in his mouth. Dr. Nina Adari is the prime suspect because she was seen arguing with the dead man earlier and because he had attacked her clinic several times. Rookie detective Liz Marchek and her partner, veteran Oliver Billings, are assigned to the case. When a picture of Liz entering the abortion clinic shows up in a batch of photographs Culver took, she is ordered off the case. Ignoring the order, she pursues and solves the case. My initial reaction to story: didn’t like it because Culver comes close to being an issue instead of a believable character. However, after thinking about it for a couple of hours, I decided Paretsky avoids preaching in her own voice about the rightness or wrongness of abortion but is, nevertheless, on the side of choice. To describe how she makes her point and avoids preaching would be a spoiler.

I chose Penny Mickelbury’s “Murder...Then and Now” to get a sense of what she is about before reading her novels, which I have on my shelf among the African American writers of crime and mystery fiction. In a town in the northeast, the KKK plans to march down the main street and burn an effigy of Black Power. To express their anger, five Black students from the unnamed university plan to throw Molotov cocktails on the roof of the police station where the KKK meet. In the “Then” section, before the students can carry out their plan, two of the them are murdered and a third is charged. In the “Now” section, forty years later, a fourth student is murdered. To describe the motive and method of the murders would be a spoiler. A good story that makes its point without hitting you over the head: beware of betrayal.

I commend the authors for avoiding forcing their characters to spout their creators’ opinions on the issues.
Posted by Louis A. Willis at 00:00