Hail to the Chief

Rob Lopresti's entertaining column a couple weeks ago about different actors who have played the same detective/sleuth started me thinking. (Always a dangerous thing.) What role, I found myself wondering, would be the most difficult for an actor to take on? A terrorist? A child molester? A serial killer? Possibly--but challenging roles don't always have to be bad guys, right? What if you had to play a familiar, famous, and/or heroic part? Wouldn't that be just as hard to do? If you're the producer, who (besides maybe Clint Eastwood) would you choose to play Jesus Christ, or Jonas Salk, or Jack Kennedy, or Davy Crockett? (I won't list God, here, because in my opinion no one could ever top George Burns.) 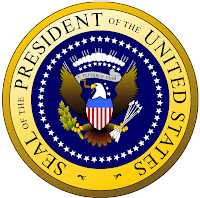 With that in mind, consider this puzzle. Your mission, Mr. Phelps, should you choose to accept it, is to match the following twenty actors and the films in which they portrayed a fictional President of the United States. Answers are at the bottom of the column.

(As I tried to recall these roles, I found myself surprised anew by some of the choices the casting folks made to play our Commander-in-Chief--and in some cases found myself wishing we could've swapped out some real-life Presidents for the ones we saw on the screen.)

Here are the candidates: 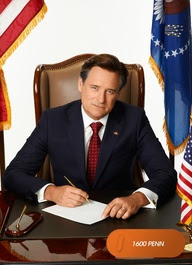 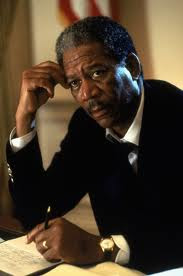 A few observations: My pick for the best movie performance as POTUS would be Morgan Freeman, and (although I didn't include television series, here) I think the best TV prez was The West Wing's Martin Sheen. The best portrayal of a real President was probably Daniel Day Lewis in Lincoln.

To me, the most unlikely casting choices were Jack Nicholson and Jeff Bridges (can't get The Big Lebowski out of my brain, here)--but Bridges did what I thought was an outstanding job.

For those of you patient enough to have given this little match-puzzle a try, here are the answers: These are of course not all instances, but these came first to mind. Anybody know of others? Can you think of some actors who did an especially good--or bad--job?

NOTE: I'll be back in two weeks, and--having temporarily satisfied my Netflix fix--I will then try to produce a column more in keeping with mysteries or writing, or both. No promises, though.