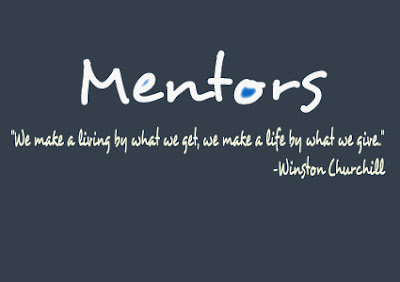 One of my longtime writer friends is compiling information for an article about one of my former employers –and maybe unbeknownst to my boss– also one of my best writing mentors though the title was never official.

As editor of the "Book Page" where my book reviews ran every Sunday for several years, Mrs. Tripp may not have known how much in awe I was and still am of her accomplishments.

The writer friend, Bernice Simpson, asked my initial reaction to meeting my editor in person. The memory made me smile. Mary Kate Tripp looked like she ought to be harsh. She looked like a tough reporter. She looked exactly like I expected her to be. Picture Katherine Hepburn and you picture Mary Kate Tripp – all the sass, spitfire and spunk rolled up in a no-nonsense attidtude about her work.

Mrs. Tripp conquered the Old Boy's Club of the newsroom decades ago when women weren't allowed to wear slacks in public much less be a spitfire of a reporter. Women were like children and meant to be seen and not heard. If you went by the photo accompanying her column, you would suspect she was a stern woman who probably never laughed. Looks can be deceiving. Sometimes.

My initial meeting with Mary Kate Tripp happened when I wanted to write a book review of Jan Grape's mystery novel, AUSTIN CITY BLUE. I had never attempted to write a book review to be published, but when I met Jan at a writer's workshop, I knew I wanted to give it a try. When I spoke on the phone to Mrs. Tripp, she gave me the go-ahead to write the review on spec. For the non-writer, that simply means if they don't like it, it won't see print and you won't get paid no matter how much time you spent doing the research and writing the piece. It's just the way of the publishing world. After giving me the guidelines, Mrs. Tripp instructed she wanted me to bring a hard copy of the review to her home so she could meet me.

When she opened the door, I felt like Mary Richards (the main character from "The Mary Tyler Moore Show") meeting crusty Lou Grant for the first time. I swallowed hard and introduced myself while Mrs. Tripp gave me the "once over." I couldn't tell what sort of impression I made on her, but I desperately wanted to do this paricular book review and be published in the newspaper. To be honest, I wanted more than that: I wanted to be Mary Kate Tripp or at least inherit her job when she retired.

I have no idea how old she was then or now, but her hair is still white and worn in an unswept hairdo, both professional and intimidating simultaneously. The woman had won about every award a reporter could win and had interviewed everyone from celebrities to those in politics to ordinary people making a difference in the world through their books. She'd helped many local authors on their way to great careers.

The woman was sharp and once I got to know her, hid a delicious sense of humor beneath that steel glint expression in her eyes. At that first meeting, she told me she wanted to know about me. I was surprised. I assumed my writing would be all that mattered. I had given her my postal box address to send my check. Instead of asking where I resided, she inquired, "Where do you vote?" Inwardly, I smiled at her cleverness, but outside I tried to to keep my expression stoic. I was trying to appear more experienced and professional I suppose, but she probably saw right through me. (I've been told I must be lucky in love because I don't have a decent poker face to win at cards at all.)

My writing style ended up being my saving grace as she bought the review, then led me to her office in the back of the house and told me to pick out whatever books I'd like to review for the next Sunday's edition. In that moment, I realized I was hired for more than one gig. I stayed with the newspaper until it was sold to out-of-state owners who decided to discontinue the Book Page. I did write a few book reviews for the paper when one of my friends had a new book released, but it wasn't as much fun as when I worked for Mary Kate Tripp.

The best memory of working for her came one day after I'd selected a stack of books for the next week and Mrs. Tripp invited me "to sit and visit for a bit." I listened as she told me stories about when she'd first graduated from college and found no jobs available to her. She took a position for a rancher and his wife tutoring their children and becoming their nanny on the side. This woman who'd seemed so hard to crack admitted she often rode a horse to a spot where she could be alone and sneak a cigarette. The rancher didn't approve of women smoking, she told me. I didn't get the impression she enjoyed teaching children, but times were hard and she needed work. Then she grinned and said, "But his wife sure was a good cook." Mrs. Tripp eventually went to work for the newspaper and rose up through the ranks, keeping a marriage going along with a job back when women didn't do such things after marrying. Mary Kate Tripp is one heck of a woman, one great writer and a terrific mentor and role model for me. She inspired me to become a mentor to an aspiring writer a couple of years ago. (Yes, I had a full school year– that's nine months of Summer – with mystery writer, Summer G. Baker. Keep a lookout for that name!)

Do you have a mentor in your life and are you one to someone? It's really a wonderful experience and I highly recommend mentorship from both sides of the equation.