I didn't start out that way, and I didn't flounder around with other subgenres then decide to have protagonists "trip" over clues while I rounded up recipes and knitting patterns for them.

Actually, I do know how to knit. My knitting experience goes back to my divorce. I thought it would be appropriate for me to knit an afghan. My friend Linda taught me to knit. When I completed a twelve-inch square, I decided that wasn't for me. She taught me to crochet. I did about three granny squares and decided I'd rather go dancing. I buy my quilts and afghans ready-made, and I still love dancing.
All that dancing led me into managing and booking country and rock bands, who usually start playing at nine and finish around 2:00 am. I moved from that to blues bands who, in our neck of the woods, start anywhere between 11:00 pm and midnight and play 'til they're too wasted to play anymore. When that grew tiring, I moved to bluegrass. Most grassers are in the Waffle House long before midnight.

I've written and sold articles to magazines since I was seventeen. Among my sales were

articles such as "Shower the Bride without Soaking Your Budget" to the other extreme of "How to Field Dress a Deer," (first thing I wrote under a male pseudonym and written totally by research as I don't hunt) but what I really loved was doing articles about performers and venues. These included "Hillbilly Dust," which was my first feature published in Bluegrass Unlimited before I learned that grassers don't like the term "hillbilly." I'd swiped the title from an Emmy Lou Harris quote about "feeling the hillbilly dust." Though there were additional articles about venues, most were about singer/songwriters like my good friend Randall Hylton.
The writers' group I frequented kept telling me, "You've been published a lot, but fiction is different. It's a hard nut to crack." So I got cracking, wrote my first fiction story, "Positive Proof," and entered it into the Augusta, Georgia, Festival of Arts Fiction Contest. I won $500 and an invitation to read it at the awards contest. That was fun, but I never even tried to sell it, just went back to magazine articles. 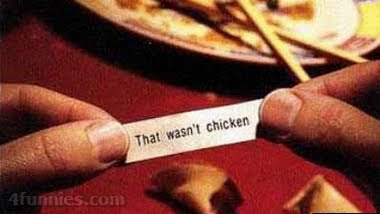 Life is full of things that aren't necessarily what they seem. My next fiction was a horror story which I took to a writers' conference at St. Simon's Island, Georgia. Most of the writers there were spiritual, and they had lots of categories that dealt with inspirational material. The only place to put my story was in Miscellaneous which was described as "any story that doesn't fit into the other categories." At the awards dinner, they announced that I'd won, and on my way up from where I was sitting between two gentlemen who'd placed in inspirational, they announced that it was the first time anyone had submitted erotica! I still don't see how anyone could count that story as erotica because if I wrote erotica, it would be a lot more erotic than that story was. The first short story I had published in a magazine was "Emily's Ghost Story," which was printed in the summer, 2011, issue of Pages of Stories.
My friends read cozies, but I'd always been more into hard mystery and potboiler (not a derogatory term to me) mysteries. I met Gwen Hunter and Tamar Myers, both of whom are delightful writer/ladies and began reading their books. During that time, Callie Parrish birthed herself in my brain, and I decided to write a book about her. When I asked what constituted a cozy, I was told: (1) No more than two murders in the story; characters can find bodies, but don't describe the killings (2) No overt sex; shut the bedroom door (3) No profanity and (4) Don't kill off any old ladies or pets.
With those instructions, I wrote A Tisket, a Tasket, a Fancy Stolen Casket and simultaneously queried five agents. My first choice took the book and sold three of the series to Berkley Prime Crime.

Some folks believe all cozies are destined to be mass market paperbacks. I know many who're published first as hardback. When I signed with Berkley, my agent asked if I wanted to go for a hardback contract. Being an old Beatles fan, all I wanted was to be a paperback writer, and that's still what I want though my grandson is happy that all four Callies are on Nook and Kindle. 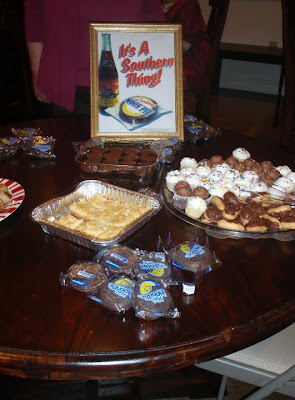 Now, about those recipes. There are no recipes in my books, but I do put them on my webpage. Why? Because I want to. A lot of my friends read and collect recipe books. I don't because I'm one of those "pinch of this, pinch of that" cooks, and when I want a specific recipe, I go to the Internet, but if recipes are fun for me and my readers, why not? (There are
also Moon Pies available at my signings.)

Callie set out to be cozies, so you can imagine my surprise when Berkley released them as Mainstream Mystery.
Can you see what's wrong? I write horror, and it's labeled erotica. I write cozies, and they're labeled Mainstream Mystery. I have a serial killer thriller coming out under a pseudonym, but who knows how it'll be classified?

Help! Is there a twelve-step program for those of us who aren't living in the sixties trying to find ourselves but for those of us who don't know where we're going or what we're writing?
Now, for the Question of the Day, which is directly related not to mystery in general, but to the Callie Parrish stories. Callie eats Moon Pies. (I sent a case of Moon Pies to my first New York editor. She'd never heard of them, but she said everyone enjoyed them.) Only one answer to this question: In what city did Moon Pies originate? (Clue: They're still made there.)
First person to answer correctly wins. Winner will be announced tonight with instructions how to claim the prize.
Until we meet again...take care of YOU.
Posted by Fran Rizer at 00:01