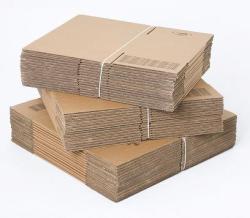 More than a few years ago, I was helping my friend Alice move. She was living in the Berkshires, in western Massachusetts, and she was headed for Cape Cod. He dad, Joe Pelkey, had a silkscreen print shop in Pittsfield called Editions Ltd., and he shipped product all over the country. He told her to come by and pick up packing materials, and when we got there, Joe said, "What you guys want is a couple of sleeves of S-18's." Corrugated cardboard boxes. They come folded flat, you open them up and tape the seams, ready to go. They get their name because dimensionally, they measure 18 by 18 by 18 inches, which makes them practical for books or record albums, say. Or bricks. They don't weigh that much when they're full.

Like a lot of writers, or probably most, I've got a soft spot for nomenclature. The difference between a reveal and a rabbet, or a 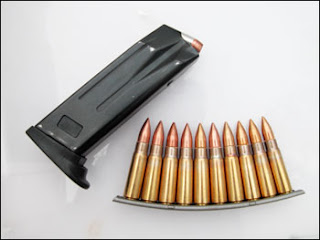 clip and a magazine. Not everybody makes that big a deal out of it, but there are of course those of us who wax wroth over the Oxford comma. We dislike lower standards, cutting corners, getting sloppy. "Use the right word," Twain cautions, "not its second cousin."

Somehow the term S-18 stuck in my head. I relish arcane knowledge, insider lingo. When the subject of shipping cartons came up, S-18 was my mental default, and I'd deploy it like plumage. Over time, it turned into an inside joke, a private shorthand. Alice would read one of my stories, and when I asked her what she thought, she'd say, Well, you lost me in the S-18's. It was generally valid. Writers have a common weakness, and it's showing off. How better than turning over the chosen card, like a magic trick? Yes and no. The trick isn't effective if you call attention to it. 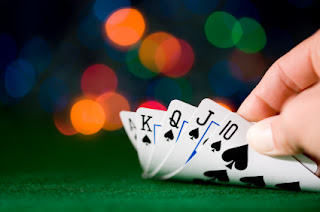 In performing close-up magic, an effect is made up of sleights, or manipulations. You use misdirection, verbal or physical distractions, to establish a false narrative - what people think they're being shown - and the narrative is a construct, a house of cards. Its structural integrity is sustained by the willing suspension of disbelief, an investment on the part of the audience, and we agree not to break the spell.

I heard Mark Billingham make an interesting remark about thriller
writing. He started out as a character actor, and then did stand-up, and he says comedy and thrillers are both about timing your 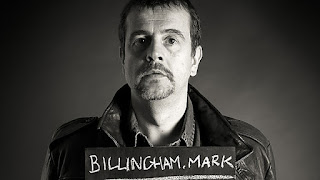 punchlines. You're at the mike, and you've got thirty seconds to get the laugh.

You don't break the spell. You've shaken hands with the reader, you've agreed to the purchase-and-sale. You don't need to be a know-it-all. Just keep faith. With apologies for the S-18's. You can leave out most of the stuff you know. Hemingway said that, and he was right. Don't be afraid to leave some space. Give yourself room to breathe. You don't have to fill every silence.
Posted by David Edgerley Gates at 00:00 5 comments

No, I'm not from Missouri. The title of this column refers instead to what readers expect from us, as writers, when they pick up a piece of fiction. They expect--and deserve--a story presented in a way that makes them feel they're actually seeing the characters and the setting and the action. In a perfect world, fictional events would be as vivid and compelling as if the readers were witnessing them firsthand.
Show business

All writers know it's better to show than tell. I once read that being "told" is like hearing a friend describe a movie he's seen; being "shown" is like going to see the movie yourself. I've also heard that when you use action and dialogue, you're showing; when you use description and exposition, you're telling. That reminds me of one of Elmore Leonard's "Ten Rules of Writing": Don't start a story with the weather. Good advice, unless maybe someone gets struck by lightning or the only bridge to the mainland gets washed away in the dark and stormy night. Nobody wants to begin a story--especially a mystery/suspense story--with nothing happening, and too much detail or explanatory writing usually means nothing's happening. Whenever possible, both the advancement of the plot and the development of the characters should be accomplished not through description or narrative summary but through the actions of the people in the story.
Example? That night Betty arrived in Chicago would be telling. That night Betty eased her ten-year-old Cadillac into the storm-littered parking lot in south Chicago would be showing.
Don't just TELL me you love me . . .
Is the "showing" version harder to write? Sure it is. According to Renni Browne and Dave King in their book Self-Editing for Fiction Writers, "It's easier to simply say 'Erma was depressed' than to come up with some original bit of action that shows she's depressed. But if you have her take one bite of her favorite cake and push the rest away (or have her polish off the whole cake), you will have given your readers a far better feel for her depression than you could by simply describing it." 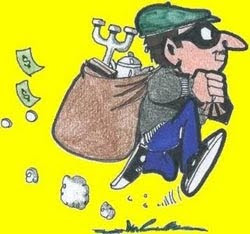 In The First Five Pages Noah Lukeman says, "A writer can spend a page telling us that his protagonist is a crook, or he can show it in one sentence by simply describing him taking a twenty-dollar bill from someone's pocket, and letting the reader judge for himself."
How can we spot "telling" in our own story manuscripts? Longtime editor Sol Stein said the best way to recognize whether a writer is showing or telling is to determine if the passage is "visual." Here's one of the examples featured in Stein on Writing.
Telling: Polly loved to dive in her swimming pool.
Showing: With clumsy jubilance, Polly hurtled her body from the rattling board and surfaced grinning through the kelp of her own hair.
Stein also says, "Tell me, and I'll forget. Show me, and you'll involve me." 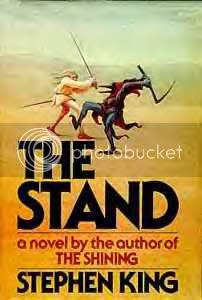 The scales of injustice
The trouble with any discussion like this is that it almost always leads to a contradiction between show, don't tell and another rule that is at least as important: write tight. It's a balancing act, and a problem that all writers struggle with--especially, I think, writers of suspense fiction. On the one hand, we want to paint a sharp, clear word-picture of what's happening, and on the other hand we want to keep the narrative compact and tight and focused. It is, however, possible to do both. Even the most visual fiction, if it's good, is written "tight." (Cases in point: Larry McMurtry's Lonesome Dove and Stephen King's The Stand. Combined, my hardback copies of those novels run more than two thousand pages--but there are very few wasted words.)
I can't help mentioning the current gaggle of Presidential candidates. I find it interesting that while we writers try to use as few words as possible to say as much as possible, politicians use as many words as possible to say as little as possible. Maybe there is indeed something to be learned from all those endless (and mindless) campaign speeches.
I'll take my inspiration any way I can get it.
Posted by John Floyd at 00:01 9 comments