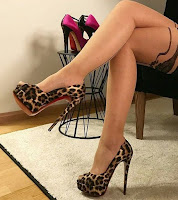 Remember when you started dating? I was shy in high school, and talking to girls was much harder than any test I ever took in a classroom. Except physics.

It's the same with writing stories. 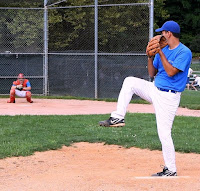 We all have a list of our favoirte opening lines, and we probably agree on many of them. The first few lines of a story or novel are crucial because they need to make the reader keep reading. That's even more important now than it was years ago because we have so many other distractions. If someone doesn't like your book– which he's reading on his phone– he'll switch to email or social media, and you're gone.

Getting the reader's attention is first, of course, but there are other concerns, too.

An opening should establish the ground rules, how the writer is telling the story and how the reader should make sense of it. That means showcasing the style, especially the tone, mood, and point of view. It should introduce the protagonist and antagonist as soon as possible. If the story is in first-person, it's reasonable to assume that the narrator is the protagonist.

The opening should introduce the basic conflict or problem. If it doesn't do that, at least give the impression that something is "wrong," a dissonance that will become important as we keep reading.

That's a lot to demand of a few words, isn't it? Look at how some writers accomplish all these thngs.

We were about to give up and call it a night when somebody dropped the girl off the bridge.

John D. MacDonald sets a tone to open Darker Than Amber. He implies a setting (If there's a bridge, we're near water, so maybe the narrator is fishing. At any rate, he and his companions are outdoors.). We wonder who dropped the girl and why he did it. MacDonald has given us the basic mystery and conflict.

"I poisoned your drink." 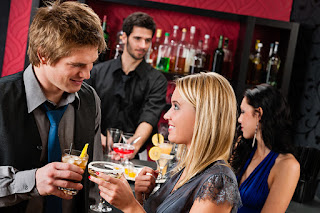 This is how Duane Swierczynski introduces "The Blonde." We are probably in a bar, and the conflict is clear. The narrator wants to live, so he (presumably a male) needs the antidote. Who is this blonde, and why has she poisoned this particular person? Curious? I know I am.

When I was born, the name for what I was did not exist.

Circe, Madeline Miller's retelling of The Odyssey, begins with these words. We wonder what particular word Circe has in mind… and who coiined it. We know The Odyssey, so we expect certain other characters to appear eventually, too.

It's never a good thing when the flight attendant is crying.

Air Time by Hank Phillippi Ryan probably begins on an airplane. Why is the flight attendant crying? Is the plane going to crash? The tone makes me want to know more about the person who phrases the observation this way, too.

This is from my own The Whammer Jammers. We know what kevlar is, so Hendrix is a police officer. He's worn kevlar before and now he's facing a dangerous situation, maybe a raid? Notice that the last two examples are in present tense, too.

MacDonald's book appeared in 1966 and Miller's only three years ago. Some things don't change.

Your opening should begin to set up your ending, too. That's easier than it sounds. If you're writing a romance, your reader already expects that the lovers will end up together. If you're writing a mystery, we expect to find a solution. If you can put a clue in immediately, that's even better because your reader may overlook it while she or he is getting used to the rules of engagement. Sometimes, you can repeat a line or phrase from the beginning at the end to give structural closure, too, like finishing a song on the tonic.

All the examples I gave are opening sentences, but the "brilliant first sentence" quest may be a trap. DO NOT use a gimmick. Readers will catch you and feel manipulated. They won't like it and they'll stop reading. A gimmick makes it hard to move on without a jarring shift.

Instead of obsessing over one great line, give yourself a paragraph or even a page to get things rolling. If you can suggest that there's trouble in River City, you're fine. The characters and setting will help you show more and find your rhythm and tone.

The best advice I can give is to open your first draft whenever and wherever you want. Tell your story. When you know the plot, setting, and characters more fully, you can find the best way in. Then go back and rewrite your opening when you know the best place to start. My last revision and polish is usually on the opening when I have everything else in place. When I'm finding my way, I often write lots of back-story at the beginning, too. I will cut or move most of it when I revise, but it gives me direction.

Go back and look at my title and opening paragraph. See what I did?