The idea for my column today came from two things that happened recently. First, I bought a book at a Books-A-Million last Saturday during a lull at one of my signings there (I know, I know, I'm supposed to be selling my own wares at these events, not buying the books of others--what can I say?). Second, I read with great interest Art Taylor's SleuthSayers column a week ago Friday, in which he talked about some of the differences between (and differences in attitude toward) reading fiction and nonfiction.

The book I bought was called In the Heart of the Sea, by Nathaniel Philbrick, which has been adapted into a new movie of the same name, directed by Ron Howard. I've not yet seen the movie--but I know the book is good because I just finished reading it. And the only thing unusual about the fact that I bought and read it in the first place is that it's a true story.

I do seek out and read nonfiction from time to time, notably Seabiscuit, The Perfect Storm, Into Thin Air, Unbreakable, The Right Stuff, In Cold Blood, etc.--but I confess that 99% of what I read (and write) is fiction. The reason for that is simple: I see and hear about reality all the time, especially in the morning paper or on the Nightly News, and when I read a book for pleasure I don't want reality. I want to be entertained. I don't want to be educated or illuminated--if that happens as a byproduct, fine, but first and foremost I'm looking for suspense and emotion and entertainment.

Here's my point: some nonfiction, especially that which falls into the delightful category of creative nonfiction, IS entertaining. That's certainly the case with Philbrick's book. Just as an author would do in a good novel, Nathaniel Philbrick introduces the characters (with all their flaws), puts them in a dire situation, makes their predicament even worse (and worse, and worse), and finally brings the story to a conclusion that's satisfying to the reader. The icing on the cake is that the reader learns something about life as well as something about two things unfamiliar to most of us: (1) the legendary whaling capital of long-ago Nantucket, Massachusetts, and (2) the fascinating process by which daring men with tiny boats and large harpoons hunted and killed and butchered and boiled (to extract the oil from) leviathans measuring eighty feet in length and weighing sixty tons.

I won't give away any plot goodies here, but I will say that this is the true story of the officers and crew of the Nantucket whaleship Essex, which in 1819 was rammed and sunk by an enraged sperm whale two thousand miles off the west coast of South America. And, ultimately, an engrossing story of courage and leadership and survival. The Essex tragedy served as a young Herman Melville's inspiration for Moby Dick, which was published 32 years later, and--according to Philbrick--was as familiar a story to nineteenth-century schoolchildren as the sinking of the Titanic was a hundred years later.

As for the movie, it opened on December 11 to mixed reviews, but I still look forward to seeing it. One reason is that I'm a fan of Ron Howard's films (Ransom, Apollo 13, A Beautiful Mind, Backdraft, Splash, Cocoon, etc.), and another is that I want to find out how these characters and the action that thrilled me in the book will look on the big screen. Besides, what other good movies are out there or coming up for me to see right now? The newest Star Wars? The newest Hunger Games? Spotlight? Bridge of Spies? Spectre? The Hateful Eight? Revenant? (Okay, you're right--I want to watch all of those too.)

Have any of you seen In the Heart of the Sea? Would its classification as nonfiction deter you from reading the book? In other words, does the fact that it was a real occurrence matter ro you? I've already admitted a personal preference for fiction over non-, but I've also said I enjoyed this tale. I'm not sure the reading process would've been any more fun if it had been fiction. Maybe it wouldn't have been as much fun. Maybe it actually helped to know that such amazing things really did happen.

I realize I'm resurrecting a subject that Art has already covered eight days ago, but I must ask: what are your feelings regarding fiction vs. nonfiction, in general? Are you as biased as I am? What are some nonfiction books you've read that you feel are as good or better than well-known novels you've read? Any recommendations?

Bottom line is, if you feel so inclined, check out In the Heart of the Sea. Nathaniel Philbrick did a fine job with that book, and I suspect that good old Opie created a fine movie from it as well. Sheriff Taylor would've been proud.

Now, if you'll excuse me, I'm going back to novels and shorts. Can't stay away from fiction for long . . .

Email ThisBlogThis!Share to TwitterShare to FacebookShare to Pinterest
Links to this post
Labels: fiction vs. nonfiction, Floyd, In the Heart of the Sea, Moby Dick The gap between fiction and nonfiction has always been interesting to me. I know some folks who strongly prefer one of the two, and others who enjoy reading both. I'm one of those who happily suffer from fiction addiction--I read a lot more short stories and novels than nonfiction books and articles. Probably because of that, I also think it's more fun to write fiction than non.

A few months ago a guy asked me at a booksigning whether my books were nonfiction. When I said no, he immediately informed me that that was too bad, because he never, ever, reads fiction. "Why," he asked me, looking as if his underwear might suddenly be too tight, "should I waste my time reading a bunch of lies?" Rather than answer that for him--believe me, I could have, and I could've even pointed out that many nonfiction books contain lies as well--I remembered that my mother taught me to be polite and made some "to each his own" comment and wished him a nice day. But I couldn't help feeling that he and others like him might be missing out on much of the joy of reading.

Don't get me wrong. I absolutely loved Laura Hillenbrand's Seabiscuit, Sebastian Junger's The Perfect Storm, Thor Heyerdahl's Kon-Tiki, Karl Marlantes's Matterhorn, Stephen King's On Writing, Doug Preston's The Monster of Florence, Stephen Harrington's The Gates of the Alamo, Steve Martin's Born Standing Up, Barry Lopez's Arctic Dreams, just about everything by John McPhee and Stephen Ambrose, and many other works of nonfiction. God help me, I still have most of the Watergate confession books by Ehrlichman, Haldeman, Dean, etc., and at the time I even liked those. But for every article or book of nonfiction I read these days, I probably read fifty or more short stories and novels. Are they made up of lies, as my potential customer with the pained expression said? Sure they are. But I like the tension and thrill and surprise and anticipation that these novels and stories offer. I not only don't know the ending, I don't even know what's going to happen next. I guess--although I feel a little guilty when I say it--what it boils down to is this: I read nonfiction when I want to learn something and I read fiction when I want to be entertained. And I really, really like to be entertained.

Not that fiction can't be informative and entertaining at the same time. It can. Just read a little James Michener or Michael Crichton or Colleen McCullough or Edward Rutherfurd sometime. And I think one of the best things ever is the concept of "creative nonfiction"--it's sort of like giving The History Channel a good slap and injecting it with a dose of adrenaline. But if the choice is strictly nonfiction vs. strictly fiction, and if it's a choice between getting educated and having fun, I know which I'll pick, every time. As Gus said to Call in Lonesome Dove, "You never had no fun in your life. That's my department."

An old friend and non(?)author

I recently received an interesting take on fiction vs. nonfiction, when I located (via Facebook) one of my old Air Force buddies, now living in Texas. He was as surprised to find out that I write short mystery stories as I was to find that he writes technical reference books about routers, servers, etc. (He was probably more surprised than I was, actually, because we both entered the military with electrical engineering degrees and actually did that kind of thing for four years.) But we were of course pleased to discover that we were both authors now, and I offered him my sincere congratulations for his literary success.

"It's nothing," he replied. "The thing is, I'm not really an author." I asked what he meant; I had already, by that time, found a lot of his books on Amazon, and I would later also see them on the shelves in the computer section at our local Barnes & Noble. "Well, I've never written any fiction," he answered, "and you're not a real author, you know, until you publish some fiction." I'd never heard that before--I certainly don't believe it's correct--and it was intriguing to hear him say such a thing. He added that nonfiction gets no respect--he said its name doesn't even tell you what it is. Instead it tells you what it's not: it's NONfiction. 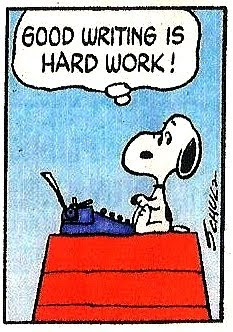 Again, those were his views, not mine. I have a healthy respect for the writers of good nonfiction, in the long or short form. One of my reasons for respecting them is that what they create has to follow rules and restrictions that my writing does not. The very fact that it must be true and real means more effort and more research and more legal risks. Having produced a little nonfiction myself now and then, I know how tough it can be. But I must say again, while I respect and admire those writers and their products, I find fiction far more fun and relaxing to write--and to read. To me, nonfiction wears a suit and tie and Sunday shoes while fiction is happy to run around in a sweatshirt and sneakers.

I'll wrap this discussion up with three questions and (just for you, Leigh) a poem. My questions are:

1. Do you read more fiction or non, and why?
2. If you're already a writer of fiction, what kinds of nonfiction do you find most interesting?
3. What's some of the best nonfiction you've ever read?

My poem, if you can call it that, is one that I dug out of my files yesterday, titled "A Little of Both":

Is writing work, or is it fun?
Or is, sometimes, neither one?
For answers, look to Shakespeare's days--
His plays were works, his works were plays.

One more thing. I love the title of Lawrence Block's book featuring some of the many columns he wrote for Writer's Digest. It's called Telling Lies for Fun and Profit. Block has certainly done a good job of that, for many years now.

My fiction is written more for fun than for profit, that's for sure--but in the immortal words of Billy Joel, it's still rock and roll to me.