Late last year I was interviewed by a researcher for a Canadian radio show about advertizing called Under The Influence.  This was for an episode about classified ads,  although you won't find my name in the credits.  Fame slips through my fingers once again.

But what fascinated me in this broadcast was the reference to a book called Strange Red Cow by Sara Bader.  Bader explains in her introduction that she had been looking through eighteenth century newspapers for reactions to the Declaration of Independence when her eye was caught by the following classified ad: 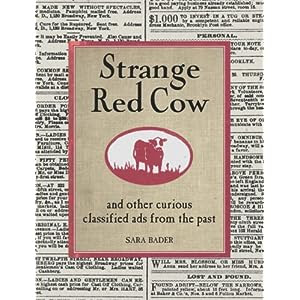 Now, that last one is tragic.  But don't you wish you could read all those stories? Or write them?
Posted by Robert Lopresti at 00:01 10 comments

Well, it's the first Friday in November. And, if you're reading this, you've  managed to survive another Halloween (and the accompanying storm, if you're on the East Coast).

We've got just one more night of terror to come, this year:  Election Eve.

That's right, come next Tuesday night -- no matter who wins -- polls indicate about half the nation will be upset about it, certain that we're entering a new era of a "long national nightmare."  But, there's also something fun going on .  And, that fun stuff involves not only elections, but also a real-life mystery of sorts.

Signs of the Times 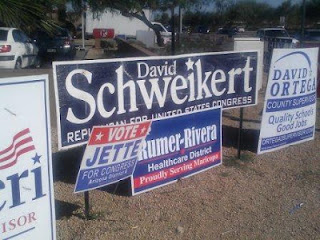 Mysteries come in many shapes and sizes.  So do political campaign signs.


Those signs seem to multiply like rabbits!  Don't they?  They sprout up just about everywhere -- at least around my town. 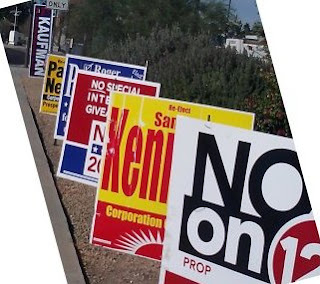 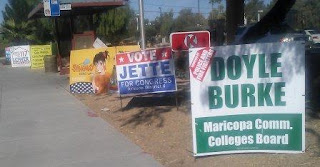 Here's a mystery for you:  Which of these campaign signs isn't really campaigning for the candidate on the sign? 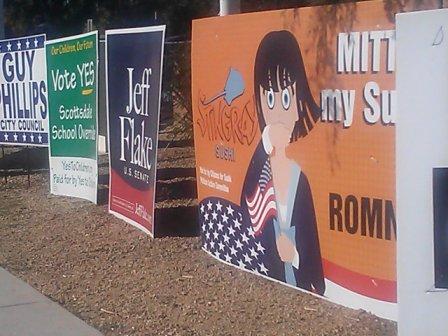 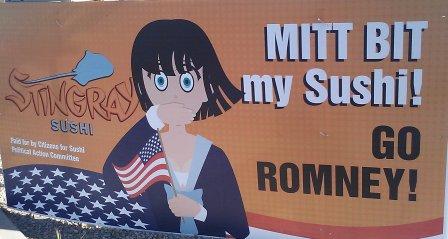 
To answer the last question first, let me show you another sign put out by the same group.  This sign clearly does not support Romney.

Now . . . To answer that first question, let's do a little investigating.  Shall we?

Since a fairly recent Supreme Court decision, Political Action Committees (PACs) have been granted much freer range for advertisement associated with political campaigns.  The PAC behind this sign is shown below.

Who the heck are they?  Are they really a Political Action Committee?  Or are they something a little different?


The Answer is BOTH 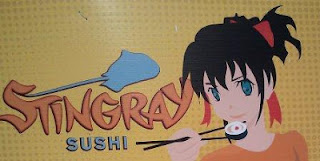 They're a real PAC, but the members are people in the restaurant industry.  Very particular members, in fact.  To see what I mean, let's take a closer look at part of that Obama sign.  You see, the Stingray Sushi restaurant uses this logo -- complete with the anime girl -- on much of its advertisement.

Below is a shot of the Stingray Sushi restaurant, here in Scottsdale.  See any signage similarities? 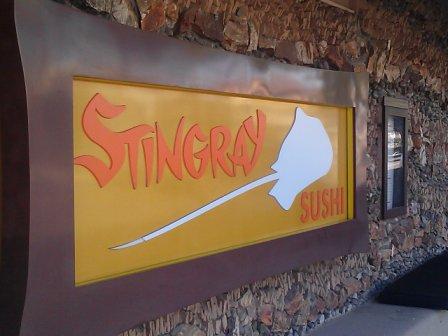 Stingray Sushi is a sushi bar for young, hip kids with lots of cash to drop.  The owners have worked like crazy to promote their restaurant, using an anime girl -- the same one you see on the political signs -- on signs around town, for several years. 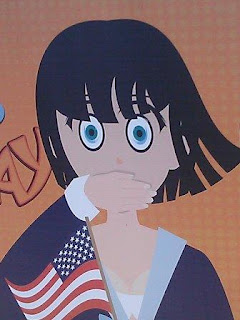 Scottsdale and most towns in The Valley, however, have very strict sign codes.  There are almost no billboards in The Valley of The Sun.  So, Stingray Sushi opted to plaster their signs on city buses and other locations that they could buy access to.

The problem is, that little anime gal sometimes gets a bit risque.  Note the look on her face (and the use of her hand) to lend a slightly different meaning to the words "Mitt bit my sushi!" in the Romney ad.

She wound up being too risque for city buses in at least one instance -- resulting in the restaurant having to pull their ads.

What's a restaurant owner to do???

Well, in this case, they take advantage of a fairly recent Supreme Court Decision and create their own PAC.  Then they go out and make signs supporting both candidates, and post them all over town.

This is a type of guerrilla marketing -- meaning that it's low-key, and relatively unregulated.  It flies beneath the radar of most cities, because state law doesn't permit cities to mess with campaign signs.  In fact, federal law is pretty strict about what you can do to limit campaign signage and advertisement, I believe (some of you feds might lend a correcting voice here, if needed).  And, this permits companies like Stingray Sushi to make a little advertisement "hay" while the political "sun shines".

Maybe you don't think that's a sort of fun idea, but I do.  I think it lends a bit of whimsy to a political season filled with scare tactics and negative advertisement, dumping virtual gallons of garbage into my living room every day.

And Stingray Sushi isn't the only business engaged in this practice.  A few more local samples are pasted below. 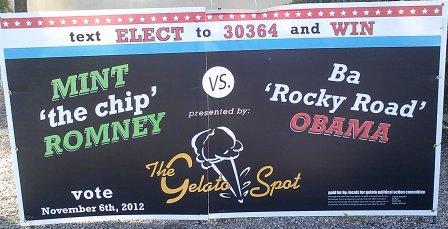 These guys are giving away free gelato -- all you have to do is cast your text-vote!!

And, you might want to note: KJZZ is our local NPR station.
If you've been thinking this practice is "low brow" maybe this shot lends a different feeling to the idea. 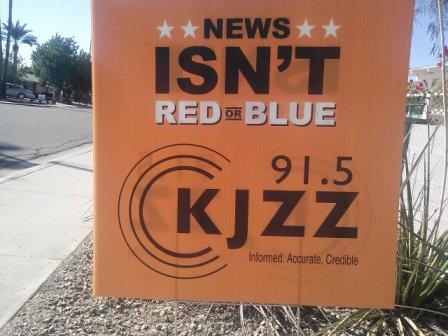 So, have any of you seen examples of guerrilla marketing masquerading as campaign signs in your neighborhood?  Let us all know -- in the comments section. 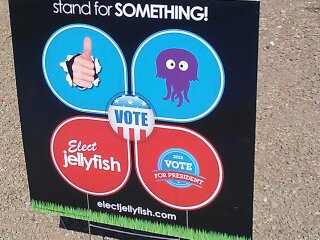