Monday we celebrated Martin Luther King Day—even here in the great state of Arizona, which was a bit late on the uptake.

Additionally:  Over the years, I’ve tremendously enjoyed Tony Hillerman’s series of mystery novels set against the backdrop of the Diné people and their Navajo Nation, as well as its surrounding states. Joe Leaphorn and Jim Chee need no explanation here, certainly. And I’m sure you are as impressed by Hillerman’s knowledge of Navajo (Diné) lore and custom as I.

Thus, at the close of this work week, which kicked off with the celebration of Martin Luther King Day, I think it appropriate to mention—here on Sleuth Sayers—the impact I recently learned Martin Luther King’s work had on the lives of Navajos, and other Native Americans, in my own state of Arizona.

I was surprised to learn, this week, something I’m ashamed I didn’t already know. And, it’s something I don’t recall having read about in Hillerman’s work (though he may actually touch on it, because, as frequent readers know, my memory can be a bit faulty at times).

Prior to this week, however, I’m embarrassed to tell you, I didn’t know that Navajos were not permitted to vote in state or federal elections, in Arizona, until 1948. In fact, NO American Indians living on reservations in Arizona were able to vote until then. 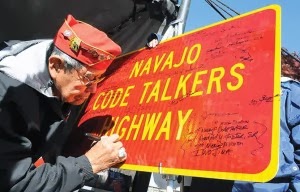 It might be pointed out, incidentally, that this was years after many Navajos and other tribal members had fought for our country in both world wars. Even more unsettling, Navajos did not generally turn out to vote (or even register) in large numbers, until after the 1965 Voting Rights Act was passed.

And, with good reason!

To understand why, we need to take a quick tour through the history of Native American citizenship.

Much of the problem stems from the fact that “Indian Reservations” were established in a manner that made them, legally speaking, sovereign nations within the borders of the United States. This is how the phrase “Congress shall have the power to regulate Commerce with foreign nations, among the several states, and with the Indian tribes,” found its way into the constitution.

For this reason, until 1924, Native Americans living on reservations were not recognized as United States citizens. Prior to this time, American Indians were denied citizenship (including the right to vote) unless the tribe they were part of arranged a special treaty or agreement with the federal government, or they underwent a process of individual naturalization, which required renouncing tribal citizenship, severing tribal ties, and demonstrating that the person in question had assimilated into what one might call “Euro-American” culture.

After Native Americans served in World War I, however, popular opinion led the U.S. Congress to pass the Indian Citizenship Act of 1924. Though this act technically granted U.S. citizenship to American Indians living on reservations, several states still managed to refuse them the vote. Poll taxes and literacy tests were just a few of the ways states accomplished this.

In Arizona, however, a different method was applied. Shortly after the Indian Citizenship Act was passed, the Arizona Supreme Court, in the case of Porter v. Hall, upheld a state-wide prohibition against Native American voting, stating that American Indians living on reservations were wards of the federal government, making them “persons under guardianship.” Since “persons under guardianship” could not vote, it was a slam-dunk; Navajos and other American Indians living on reservations in Arizona were denied the ballot.

This embargo would remain in effect until the Arizona Supreme Court overturned the Porter v. Hall decision, in 1948. At which point, the state imposed a literacy test to deter American Indians (among other minorities) from going to the polls.

Though the Voting Rights Act (VRA)—which Martin Luther King was so instrumental in helping to bring to fruition in August of 1965—may certainly be felt to have deep roots in Selma, Alabama, the law also applied to important areas of Arizona that had large numbers of Navajo voters.

At the time the VRA was passed, only those American Indians who could (1) read the United States Constitution in English and (2) write their names, were eligible to vote in Arizona polling places.

The VRA, however, included Section 5: a temporary prohibition of literacy tests in certain jurisdictions. Consequently, Navajo, Coconino and Apache Counties, in Arizona became covered by Section 5 of the VRA, and literacy tests were suspended.

But not for long, because the U.S. District Court for the District of Columbia soon held that Arizona’s literacy test had not been discriminatorily applied against American Indians in the last five years.

This ruling would stand until the VRA’s Section 5 was amended in 1970 to include a nationwide ban on literacy tests. And, Apache, Navajo and Coconino Counties—along with five other Arizona counties—once again became covered under Section 5 of the VRA, throwing out the use of literacy tests. 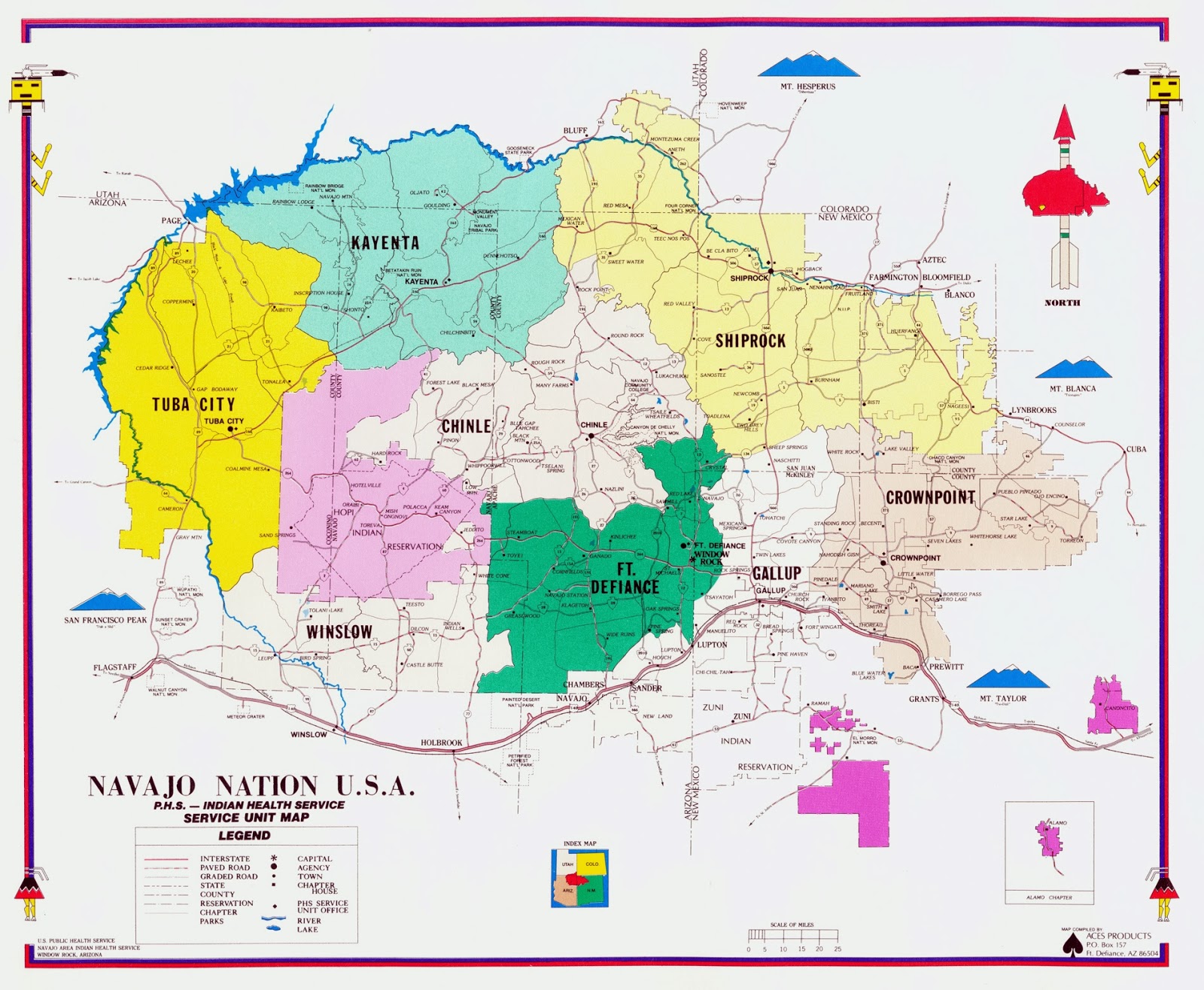 Yet, more struggles were to come.

In 1972, in Apache County, the first reservation Navajo ran for public office in a non-reservation governmental body in Arizona. Apache County’s population was predominately Navajo at the time. And, when Tom Shirley ran for the District 3 seat on the Apache County Board of Supervisors, he decisively defeated his white opponent—only to find himself blocked from taking office.

Officials argued that Navajos weren’t really U.S. citizens (that sovereign nation thing again) and thus could not hold office. The court battle dragged on until the Arizona Supreme Court ruled, in September of 1973, that American Indians living on reservations were fully qualified to hold public office. Thus, the first Navajo member of the 3-person Apache County Board of Supervisors finally took office nine months after his term was supposed to have begun.

Though Shirley did not run for re-election in 1976, he was instrumental in fighting an attempt to gerrymander the county’s districts—a plan clearly designed to limit future Navajo representation on the Board of Supervisors. A federal court finally stepped in, citing the VRA, and Shirley’s fight was won. Consequently, the results of the 1976 election saw two of the thee Supervisor seats filled by Navajos.

In 1974, federal observers monitoring the election in Apache County, for the U.S. Commission on Civil Rights, noticed a lack of polling places and a greater need for ballot translation. According to the report, these problems resulted in long lines that made people wait hours to cast their ballots, some waiting until after midnight.

Congress amended the VRA to address these issues in 1975.

The problems, however, continue. Patty Ferguson-Bohnee, director of the Indian Legal Clinic at Arizona State University’s Sandra Day O’Connor College of Law, was quoted in a recent Arizona Republic article as saying: “It’s not history. There’s still a mentality that Indians need to stay on the reservation.”

She added that the Arizona Speaker of the House, in 2003, asked the state attorney general if Navajos could legally serve on state commissions. “It’s just a very odd, backward way of thinking,” she said.

Perhaps the Speaker had never heard of the Arizona Supreme Court decision dealing with Tom Shirley. I’m embarrassed to say I hadn’t either, until this past week—though, as a guy who’s part Choctaw and Chickasaw, I’ve also never thought American Indians “need to stay on the reservation.”