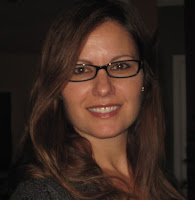 Manipulating time, space, characters, and settings are several of the logistical elements fiction writers juggle while revealing their story.

A story's minutia may not be as challenging to manage when an author writes chronologically. However, when the structure is more complicated, such as bouncing back and forth in time or by telling the story through multiple point of view characters, keeping track of details such as who did what, when and where can be tricky. How did the crime unfold? At what point did which character know which clue? 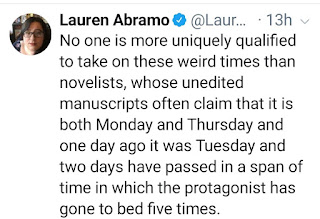 If you're lucky, any mix-up made will be passed off as a red herring. If not, you risk unwanted confusion, killing suspense, drawing the reader out of the story, or potentially spoiling a twist.  Savvy readers will call you out on your goofs every time.  Ouch.

What's a detail-challenged mystery writer to do?

Whether you are embarking on a new project or already revising, here are a few hacks that have helped me keep my writerly ducks in a row. 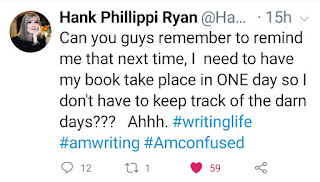 Write chronologically. I'm a chronic Plotter (except for the one novel I attempted to Pantster my way through, but I'll save that fiasco for another post). No matter how I envision the structure unfolding, I always write my first draft of any story chronologically. By doing so, each character--by default-- will never know more than what I've already revealed in the story/backstory. It also helps to keep my insider plotting information from seeping out too soon.

Color-coded sticky notes. I've written two (not yet published) novels and several short stories, which all utilized a time-hopping before/after narrative. Before and after what, you may ask? Usually some traumatic event.  In on particular novel, I braided three point-of-view characters on this before/after sequence and quickly learned I was juggling more than just a story-line. As you can imagine, each character's emotions, voice, and perspective, changed substantially before and after said event. Only a few chapters in, I soon realized that keeping track of six different voices was chaotic ambitious. 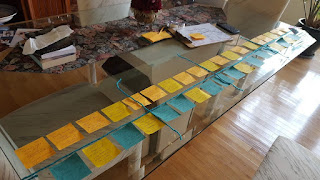 What did I do? I resurrected a favorite time-honored analog technique--sticky notes and a long piece of yarn. In this image of my dining room table, the horizontal blue yarn represented the novel's traumatic event (in this case, the death of one of the POV characters), all the notes above the yarn represent chapters occurring after said event, and all the notes beneath the yarn occurred before.  No surprise, each POV character has their own color (blue, orange, or yellow), and on the face of each note, I list the chapter's primary plot developments.  Here's my hack: I numbered each sticky note in their alternating before/after chapter sequence that I expected for the final draft, but then reordered them chronologically (all the *before* sticky notes followed by all the *after* ones) to finish writing my first draft.  Voila!

Graph Paper Timeline. In my work in progress thriller novel, the historical narrative spanned four generations of Slovak women surviving world wars, German occupation, and communist oppression. Even though I wrote the scenes chronologically, setting a fictional family among the first world atrocities of the twentieth century, I needed to be extra careful remembering which character had a living memory of current and past events. This time, my dining room table wasn't long enough for all the sticky notes I'd need for a one hundred year guide. 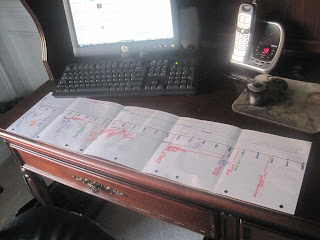 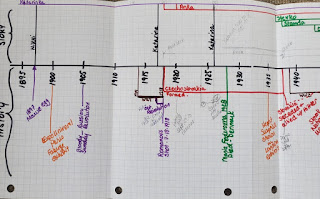 Instead, I taped together several pieces of graph paper. Each square represented one year, segmented off in five-year intervals.

Below my horizontal black timeline are all the European historical events I felt relevant enough to impact my characters' (fictional) lives. Above the line are the lifespans of my novel's primary characters (each is assigned a different color), which identified their major milestones (birth, marriage, children, death).

Finally, I drew vertical black lines intersecting my fictional and non-fiction events, one per historical chapter. This way, I was able to keep track of what current and historical details my characters would have known at any give chapter. Anything to the right hadn't happened yet. I found my timeline hack to be especially helpful during my not-so-linear revision process.

While nothing beats a good editor, fact-checker, or critique partner, creating scaffolding for your story can help you manage the unwieldy business of building a fictional world.

What writer hacks do you lean on to keep track of details?