This past Saturday I drove up to Baltimore, Maryland in a pouring rain in order to enjoy a lunch with one of my favorite authors, Professor Francis (“Mike”) Nevins who had travelled to the east coast for a nostalgia convention.   Mike, as all fans know, is the author of six novels, two collections of short stories and several books of non-fiction. He has edited more than 15 mystery anthologies and collections.  Mike was a close friend to Frederic Dannay, one half of the Ellery Queen collaboration.  (Mike refers to Dannay as the “closest thing to a grandfather that I ever had.")  Mike also wrote one of the definitive Ellery Queen pastiches – “Open Letter to Survivors.”

I know, I know.  At this stage you roll your eyes and think to yourself, “here goes Dale off on another Ellery Queen tangent.”  So, like any other mystery writer, let me attempt to pull the rug out from under your feet.  What caught my interest, among other things, was Mike’s ruminations on another favorite author of mine, John D. MacDonald.

Mike was one of the editors who oversaw the collection of MacDonald’s early stories that comprise the anthology The Good Old Stuff.  (Actually, as reported in a review by Bill Pronzini there were too many stories for one volume, and the rest were collected in More Good Old Stuff.)   What was particularly interesting about Mike’s recollections of working with MacDonald was the fact that the author was adamant that the stories needed to be updated in order to be re-published.  For example, references to radio shows became references to television shows.  “This is always,” Mike admonished from across our salads as we chatted, “a bad idea.”

I suppose that there are legitimate contrasting views on that point, although I side generally with Mike.   Reflections of the world as it existed at the time a story was written can become anachronistic, rendering a story “dated” in the eyes of some readers and therefore contributing to its demise from published literature.  As an example, it has become increasingly difficult to find John D. MacDonald titles in bookstores (and you might as well forget about finding any newly published volumes by Ellery Queen).   But Mike’s observation is certainly correct from a purist perspective – short stories and novels help us to understand the times during which they were written.  We cannot (as the philosopher Heraclitus observed) step into the same river twice, but historical context in the writings of a time get us as close as we can get to that river.

All of this is perhaps a minor issue when we are talking about John D. MacDonald’s insistence that a story should be rewritten substituting a television for a radio.  But the significance grows when we begin to slide on down the slippery slope.

Last January it was announced that a new edition of Huckleberry Finn, updated by Twain scholar Alan Gribben of Auburn University, would eliminate a now totally unacceptable noun that was used 219 times by Mark Twain to describe Huck’s companion Jim during the course of the narrative.  In the new edition that word would be replaced with “slave.”  I can certainly understand the problem and sympathize with the solution.   I would never use the deleted word, even in quotations, even in an “historical” novel that hearkens back to a time when the word was lamentably acceptable in everyday speech.  But Twain’s use of the descriptive noun nevertheless  shapes the novel because it reflects the time in which Twain wrote it.  Commenting on this, USAToday on January 4, 2011 quoted Jonathan Turley, a legal blogger, who calls the editorial decision an "offense against the original work."


The editing of a classic raises very troubling questions from the right of an author to have his works remain unchanged to the integrity of literary and historical works. Like all great works, the book must be read with an understanding of the mores and lexicon of its time. 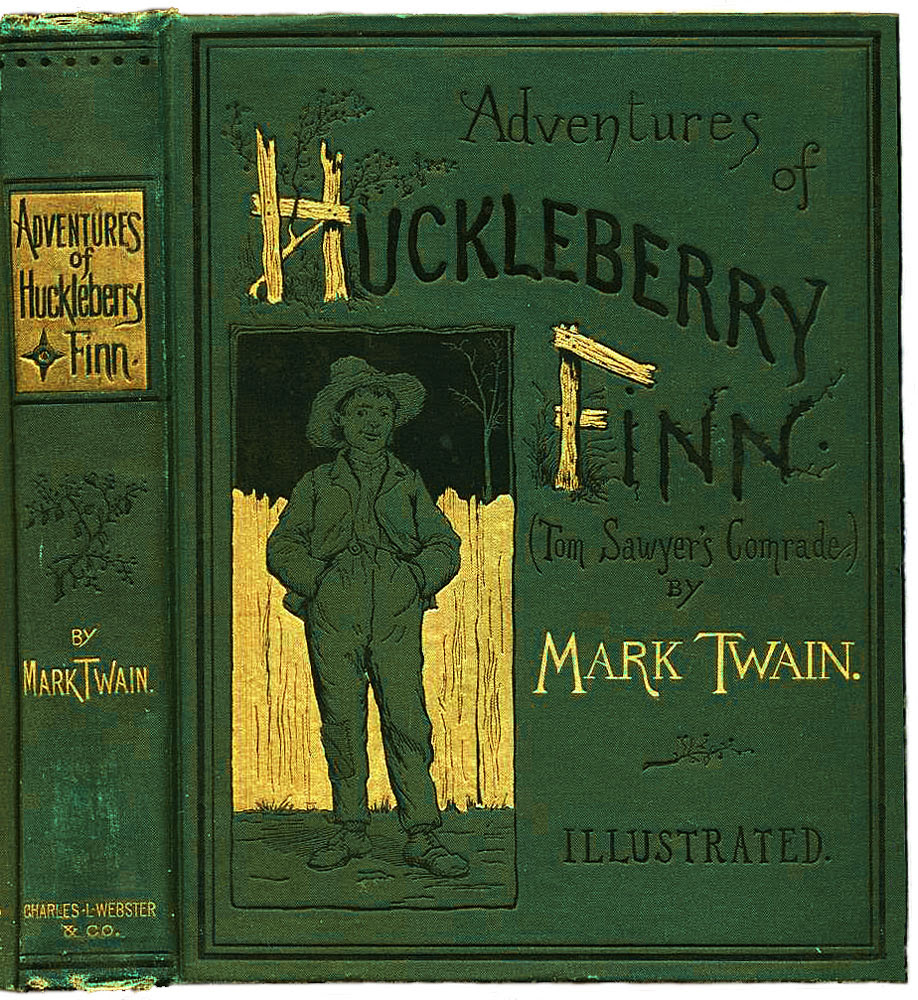 Aside from the fact that MacDonald was editing his own work, the MacDonald example and the Mark Twain example delineate what might well be opposite ends of a spectrum.  MacDonald’s updates seek to remove anachronistic references in the hope of making a story more modern.  The Twain example, however, seeks to supplant the admittedly unacceptable racial views of Twain’s present with the (hopefully) more correct approach of ours.  Is it right to do this, to take a book that was ultimately instrumental in fighting racial prejudice and revise it in a manner that suggests that some of the manifestations of that prejudice did not historically exist?  Is it right to apply present standards in a way that pretends to alter the past?

Well, there is another recent median point on that same spectrum, an example more socially tinged than MacDonald’s re-write of his stories but less so than Twain’s.   The Washington Post reported last week that the Albemarle Virginia public school system has removed from the required sixth grade reading list at one middle school a Sherlock Holmes novel because a Mormon parent complained about the way it portrayed Mormons.  The book at issue is A Study in Scarlet, which first introduces Holmes and Watson.  And the “offending” paragraph reads as follows:

[John Ferrier] had always determined, deep down in his resolute heart, that nothing would ever induce him to allow his daughter to wed a Mormon. Such marriage he regarded as no marriage at all, but as a shame and a disgrace. Whatever he might think of the Mormon doctrines, upon that one point he was inflexible. He had to seal his mouth on the subject, however, for to express an unorthodox opinion was a dangerous matter in those days in the Land of the Saints

I mean, really.  Is this a reason to remove A Study in Scarlet from a reading list?

And what awaits us at the bottom of the slippery slope if we follow and apply the approach of the Albemarle Virginia public school system?   When I attended the Bouchercon mystery writers’ convention in St. Louis 10 days ago one of the panels I listened to featured Colin Cotterill. Cotterill, for those of you unfamiliar with his works, lives in Thailand and has written a series of mysteries featuring Dr. Sin and the Peoples’ Republic of Laos.  Cotterill explained at Bouchercon that while there is complete freedom of the press in Thailand, such is hardly the case in Laos.  In order to maximize his chance to have one of his books actually published in Laos, where it is set, he and a friend went through the mystery eliminating all pages that might conceivably be deemed objectionable by the Laotian government.  When they were done they were aghast to find that they were left with only 10 pages.  On a lark they sent these off to whatever Laotian governmental office oversees such things.  That office responded with a formal letter concluding that regrettably only 3 of the 10 pages could be published.

That, I think, is a good recent example of the bottom of the slippery slope.

A note to readers -- Next week my Tuesday partner in crime Susan Slater, well known author of Southwestern Mysteries, will be signing on to SleuthSayers with a multi-part article.  After Susan takes a few weeks in this spot I will be back, so see you in October!
Posted by Dale Andrews at 00:01 10 comments