Is Cincinnati Reenacting The Wire?


by Jim Winter
Police and politics have been in the news here in Cincinnati in recent weeks. We've been spared the latest round of shootings followed by riots that seems to have overtaken other cities. (Twice in the case of Cleveland, just four hours north of here.) But other problems have arisen.

Our police chief is a man named Jeffery Blackwell, who came to the Queen City from Columbus. Blackwell was named near the end of the previous mayor's term. Three weeks ago, it became news that the Chief would resign after two years on the job, then changed his mind. Despite denials from Blackwell, Mayor John Cranley, and other officials, stories of discord between city hall and the police department are rampant. Then this week, in the wake of a rash of shootings in the Avondale neighborhood, the city demanded Blackwell come up with a 90-day plan to reduce violence. I've seen this before.

It was a recurring theme on The Wire.

To recap, David Simon's Baltimore had a police department hamstrung by senior officers jockeying for position to become the next commissioner. Division captains and lieutenants found themselves terrorized by promotion-minded assistant chiefs at "comstat" meetings, where they had to explain why the crime rate was so high and what they planned to do about it. Never mind that the criminals causing all the trouble had to cooperate. Many of the plans and the personnel moves were tied to politics. Watching the news, I can't help but notice that so are the real-life moves in Cincinnati.

For starters, the increased crime in Avondale, while horrifying, belies a crime rate lower than in past years. There have been increased shootings on the West Side as well, but they make the news as individual incidents, not as a sudden spike in gun crime in one part of the city. But Avondale is two neighborhoods away from downtown and Over-the-Rhine, far enough out to spare the business district and the gentrifying neighborhood to the north of it, but close enough to the stadium to spook city leaders. Why are they spooked?

The All Star Game is coming in a couple of weeks. And so, with the local stations harping on Avondale's rise in shootings, city leaders have turned to that time-tested means of looking like they're on the job: Tell the police to do something, dammit. So Chief Blackwell was given a week to solve a problem that has been building since last year.

Then we have the hostility between city hall and the CPD. Chief Blackwell replaced James Craig, who left to take over the police department in his native Detroit. However, Blackwell started shortly before the last mayoral election, which means Mayor Cranley did not have a hand in choosing the chief. The current city manager also did not have a hand in the decision. One has to wonder if the administration's need to put its stamp on the police department is outweighing the need for stable leadership in the CPD.

That is speculation, of course, but every time Chief Blackwell, Mayor Cranley, or some council member opens their mouth now, I can't help but think back to Mayors Royce and Carcetti ripping some hapless commissioner a new one on The Wire. Cincinnati does not have all of Baltimore 's problems. If anything, we manage our police-race relation issues better than cities that looked at us funny during the 2001 riots. But when politicians fall all over themselves on the eve of a major sporting event, I can't help but wonder if life is imitating art. It wouldn't surprise me. Some of the cops and criminals depicted on The Wire were also writers and actors on the show.
Posted by Jim Winter at 00:00 2 comments 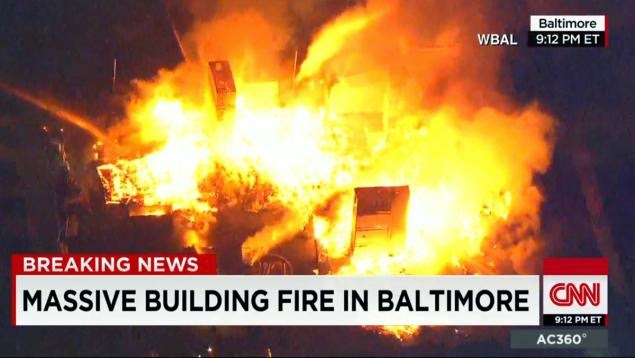 That's what Cincinnati did. There's no reason other cities can't. Might be nice if the media would help, but that might not sell enough Coca-Cola.
Posted by Jim Winter at 00:00 2 comments

About a decade ago, several businesses on Cincinnati's east side suffered break-ins, almost always on a Sunday night. Police could not get a handle of the suspects. They would break in, lift the safe, and leave absolutely no evidence behind. By the time they had an arrest, they had found several safes in the nearby Little Miami River, and businesses had lost well over $100,000.

Surprisingly, two of the safe crackers worked for cigarettes. So how did the police find out?

Ring leader Jimmy Godfrey liked to walk into an East End bar and brag about his heists to his buddies.

Yes, the man smart enough to hit safes when they would hold the most money and insist on his fellow thieves wearing gloves while not allowing them to spit or use the bathroom was not smart enough to keep his mouth shut. The story of how the police busted this ring is straight out of a Tarantino film.

You would think Godfrey was a criminal mastermind. He forbade his fellow thieves from eating, drinking, smoking, or going to the bathroom to avoid leaving any traces behind for forensic technicians to find. See, Godfrey was a fan of CSI, and he actually learned something from the show. He even avoided wearing the same shoes twice on a job. Why? He didn't want anyone tracing the shoe prints.

Godfrey was also persuasive. He convinced his girlfriend and two relatives to work for cigarettes while Godfrey himself pocketed the cash. The problem was how Godfrey disposed of some of the swag he stole. One neighbor in East End, a rundown neighborhood along the Ohio River known at the time more for its Confederate flags and rusty cars than anything else, took a big-screen TV from a nearby shop and mounted it in his apartment. In 2004, big screens and LCD's were about as common as electric cars are today. Godfrey's girlfriend helped herself to a handful of expensive Christmas tree toppers.

Worse for Godfrey, some of his relatives were more than willing to sell him out to the police for very little. One woman received $35 in exchange for information about Godfrey's nocturnal activities. But they weren't the only ones. Godfrey's own worst enemy was Godfrey himself.

He paid very close attention to detail on his jobs: Taking care to leave no evidence, using rubber gloves, even timing his jobs for maximum take. However, he did two things wrong. His own cohorts sold him out since he would keep all the cash. But that was not his worst mistake. If you wanted to know who robbed Mt. Lookout Television, City Beverage, or the Sky Galley restaurant, just ask anyone living along Eastern Avenue, the main drag through East End. Godfrey would brag about his crimes to anyone who would listen.

To add insult to injury, Godfrey would have been done in by his own brother, who was sloppy by Jimmy Godfrey's standards. The younger Godfrey would frequently leave traces of himself behind, and once banged his head during a job. The injury bled which gave evidence technicians a nice DNA sample to use just in case Jimmy Godfrey clammed up.
Posted by Jim Winter at 00:00 5 comments