The Aging of Information 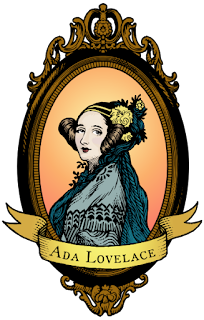 What degree of separation lies between the legendary Lord Byron and the developer of the first computer? The answer is one. In writing an article describing the connection, I fell into another story.

Wikipedia appears at the top of on-line searches. I often do quick look-ups because I know exactly where to glance to find a birth date, an affiliation, or a geographic location. As for opinion-free articles, it’s a bit less useful, but it provides links to launch research projects.

Supposedly anyone can edit Wikipedia but, for someone not familiar with the mountain of rules and the complexity of cliques and cadres with their own agendas, adding or modifying an article can drop one into a minefield. So I’m reading the article on Charles Babbage and I see a note questioning a salient point in the article. I knew I’d seen that before and found it in the Encyclopædia Britannica, 11th edition. No harm opening Wikipedia and documenting that, right?

Except it was immediately reverted. What? Why?

“The reference is too old,” I’m told. That made the second time that’s happened to me.

Modern teenagers abhor anything ‘old’… old music, old movies, old technology, even if a song, film, or cell phone is a two-week-old antiquity, and God forbid if a recording or movie happens to be years old. But I had committed the unpardonable… I’d used a reference a century old, because the latest edition resides behind a paywall.

It never pays to argue with rabid Wiki bureaucrats, but I did. I pointed out Wikipedia was founded on the public domain 11th edition of the Encyclopædia Britannica. (Trivia: The Britannica was subsequently purchased by Sears, Roebuck & Co. in 1920.)

Funny, that seems ironically close to the same accusations leveled at Wikipedia. But they try.

For three-quarters of a century, the massive encyclopedia has been lauded “the finest edition of the Britannica ever issued, and ranks with the Enciclopedia Italiana and the Espasa as one of the three greatest encyclopædias.” It was the edition when T. S. Eliot wrote Animula:


Curl up the small soul in the window seat
Behind the Encyclopædia Britannica.

Sir Kenneth Clark referred to Eliot’s poem when he wrote, “It must be the last encyclopædia in the tradition of Diderot (writer and editor of the famous French Encyclopédie) which assumes that information can be made memorable only when it is slightly coloured by prejudice.”

Therein lies the rub. The 1911 edition is prejudiced. Americans were struggling with racism, but Britain lagged far behind and it shows in the articles. Our physical sciences have pushed unimaginably ahead and mathematics was never Britannica’s strong suit.

My own Marshall McLuhan-like rule runs something like “Data is not knowledge, knowledge is not wisdom.” Data ages. Knowledge can be updated and kept current. But does wisdom age?

Should Socrates be ignored because he’s too ancient to know anything? Should the music of Bach, as I was told, stop being published because it’s ‘old’ and its attention shifted to young, new, upcoming songwriters? Should an entire century-old reference be discarded because some few articles are now out of date, racist or sexist?

The irascible Lord Byron not only became the focus of modern romantic literature, he was also an example of the picaresque anti-hero found throughout English literature. He bore only one legitimate daughter, Augusta ‘Ada’ Byron, Countess of Lovelace, whom he called ‘Ada’.

Babbage designed what many consider the first mechanical computer. We software people fondly refer to Ada Lovelace as our first programmer. We even named a programming language after her. That she’s not mentioned in the 11th edition might be less a case of sexism (Lord Byron isn’t listed either) and more a lack of prognostication– computers wouldn’t be invented for another half century. But to be sure, Lady Lovelace was well regarded in her own time and remains highly respected today.

Both Ada and her father died at the young age of 36.


Bonus material for picaresque/romance fans: Lord Byron as a Boy