All We Want for Christmas is a Fair Shot


by Michael Bracken
Earlier this year, Alex Acks, in “Slush v Solicitations: Just tell us where we stand,” wrote about magazines’ and anthologies’ “complete lack of transparency regarding just how much of their content they actually take from the slush pile versus how much is solicited.” Though writing primarily about SF/F markets, Acks’s comments apply equally to other genres.
TRANSPARENCY
Before I react to Acks’s blog post, perhaps I should provide some transparency about my editorial work.
I edited my first five anthologies more than a decade ago. So, while I’m pretty sure every story in them was selected from slush piles, I don’t honestly remember. I can, however, discuss more recent editorial work.

The Eyes of Texas: Almost every story came from the slush pile. The one that didn’t was an anomaly. At the Toronto Bouchercon, I discussed the anthology with another writer and mentioned that I was surprised I had seen no stories involving a certain historical event. He asked several questions and later submitted a story in which that event played a role. I accepted the story.
Mickey Finn, volumes 1 and 2: I invited four writers to submit to the first Mickey Finn because I felt they would deliver solid stories around which I could shape the anthology. Three of the writers submitted stories, and I accepted all three. Other than my own contributions, the rest of the stories in MF 1 and all of the stories in MF 2 came from the slush pile.
Guns + Tacos, seasons 1, 2, and 3 (coming July-December 2021): All of the stories included in the first three seasons of G+T were solicited.
Jukes & Tonks (coming April 2021): All of the stories in J&T were solicited.

Black Cat Mystery Magazine: I suspect several stories in the first issue were solicited (mine wasn’t; I invited myself). I wasn’t involved with the editorial side for the first few issues, but every issue since I joined the staff has been filled from slush pile submissions.
FOUR TYPES OF SUBMISSIONS
In “Slush v Solicitations: Just tell us where we stand,” Acks describes four types of submissions—slush, solicited, backdoor, and select/private—all of which can or do serve as barriers to new writers.
Unsolicited submission via the slush pile is the primary way new writers break into publishing short fiction. However, the slush pile may offer false hope at publications that acquire only a small percentage of their stories from the slush.

So, is it fair to dangle hope in front of new writers by having a slush pile without acknowledging the other three types of submissions and how they impact story acquisition? Acks doesn’t think so and advocates for transparency. If editors are transparent about how they acquire stories and how many stories are actually plucked from the slush pile (as a percentage of total published stories, not as a percentage of total submitted stories), then writers will “know not to waste [...] time or emotional energy on a useless want” where slush piles are more for show, and writers can therefore target submissions to where they feel their stories have the best chance of acceptance.
FROM THE WRITER’S SIDE
Granted, the more information available to writers, the better their odds of success, but in addition to Acks’s desire for transparency, there’s an equally important question that new writers should be asking: How does one rise from the slush pile to become a writer whose work is solicited, whose work will be considered by publications that say they’re closed or that allow submissions via a “submissions portal” with a URL that is “not public”?

The answer is simple: Hard work, good writing, and professional attitude.
Every single magazine with which I have or have had a working relationship began when the editor plucked one of my stories from a slush pile. Almost every working relationship I have with anthology editors began when those editors plucked my stories from the slush piles of open-call anthologies.
I began writing professionally in the 1970s, so much of the information available to new writers today either was not then available or was much harder to acquire. What I knew about publishing came from the pages of Writer’s Digest and The Writer. What I knew about open markets came from the back pages of those same magazines and from the annual Writer’s Market. Later, I discovered newsletters such as Janet Fox’s Scavenger’s Newsletter and Kathryn Ptacek’s The Gila Queen’s Guide to Markets. 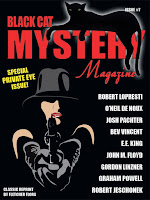 Even so, I had little or no information about how many published stories were discovered in slush piles, nor how many in a given issue of any magazine were slush pile finds vs. stories that were acquired through some form of “insider” submission (solicited, backdoor, and select/private). What I did know was that the only way out of the slush pile was to submit a well-written story that met the publication’s guidelines.
So I did it. Again. And again. And again.
And now, though I’m a writer whose work is sometimes solicited, I’ve yet to encounter any publication with formal or informal backdoor or select/private submission policies. That may be the difference between SF/F markets and mystery markets, or it might just mean I haven’t yet reached that level of success.
FROM THE EDITOR’S SIDE
You may have noticed that some writers appear in several of my projects, regardless of whether the projects are open-call or invitation-only. If there isn’t some secret handshake, how does this happen?
The reason is simple: these authors provide good stories, well-told, delivered on time and on theme, and they have proven themselves easy to work with throughout the editing process.
YOU GET A FAIR SHOT, AND YOU GET A FAIR SHOT, AND YOU GET A FAIR SHOT
So, yes, there may be publications and anthology editors with backdoor submission policies and secret/private submission portals, and there certainly are many invitation-only projects, but one’s goal as a writer should be to reach the point where one no longer has to battle through the slush pile on a regular basis.
So, should editors be transparent about their processes? I’m with Acks on this: Yes.
Will complete transparency create a level playing field for new writers? Alas, no.
But, really, all a writer wants is a fair shot.
So, for Christmas this year, let’s ensure that every writer has a fair shot.
Posted by Michael Bracken at 00:00