Dreaming the Life: Self-Publishing Part I

Before I say anything else, if you don't already know this, no legitimate publisher will charge you money up front to publish your work. If someone offers you a deal that involves you paying first, walk away. Once your book is available, you should be able to order as many or as few copies as you want at a discounted price, too. If that's not the case, look somewhere else. These are called vanity presses, and a few in particular have given self-publishing authors a bad name.

Several years ago, Laura Lippman commented that many people ask the wrong question. Instead of asking "How can I get my book published?" she suggested that the better question is "Is my book ready to be published?" While self-publishing doesn't carry the stigma it did ten years ago when those vanity presses ran rampant, you need to work a lot harder if you decide to publish yourself. Find a good editor and conscientious beta readers. Take their advice. Yes, it costs money, and you won't break even financially, but you may produce a book you can show proudly. If you're really lucky, a handful of readers will tell you so, too.

Five years ago, someone asked me if I'd considered self-publishing and I laughed. But things change. As I write this, I have eleven self-published novels available and plan to release two more in the next year or so (I publish short stories through traditional markets). 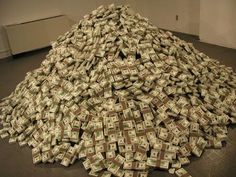 A small publisher produced my first novel in spring of 2010, but I knew my WIP set in the world of roller derby was too long and too dark for that publisher's catalog. By the time Who Wrote the Book of Death? appeared in print, I was already looking elsewhere.

I pitched The Whammer Jammers to an agent at Crime Bake in November of 2010. She asked for a full MS and rejected it about a month later. Between January and April 2011, I submitted that MS to fifty other agents in groups of ten every four weeks. The book became a quarter-finalist in the Amazon Breakthrough Novel contest and earned a positive review from Publisher's Weekly, but I couldn't sell it. Six years later, I still have seventeen unanswered queries.

That spring, I joined a panel of local authors for a presentation and everyone else self-published. Two of them had been with prestigious firms and left for various reasons. They all urged me to go it alone and one mentioned Create Space. When I checked it out, I was leery, but as more rejections came in, I investigated more fully.

Then I met an actor and designer who created posters for a dozen plays I had directed in a past life and we talked about book covers. He looked at my existing cover and explained how he would change it and why--very specifically. I told him about The Whammer Jammers and three weeks later he showed me a mock-up. I published the book in September of that year, ended my association with my previous publisher a month later, and re-edited and published the first book only weeks after that. By then I was revising two other novels that had collected fifty rejections between them (but positive feedback). I even found established writers to blurb them.

None of that should mean anything to you. That is my journey and my decision, but yours may be different. Self-publishing has advantages and disadvantages, and you need to consider them carefully.

First, you are in charge of everything. You write, you edit, 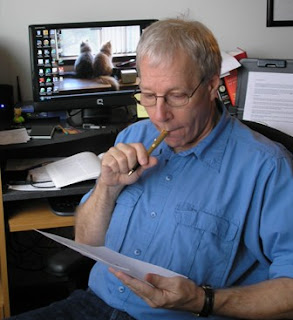 you draft the cover copy, you oversee the cover design, you develop the promotion, you arrange for the blurbs, you format, you publish, you register the copyright, and you arrange your own events. Maybe you even run your own website. If you're very organized and like keeping control--and actually have expertise in all these areas--it's OK. But the multi-tasking means less time for your primary job, which is to write books.

Whether you know spelling and grammar or not, you need beta readers. I belong to the Guppy (acronym for the Great UnPublished) chapter of Sisters in Crime because they feature manuscript swaps for critiques. You need editing, too. I do most of that myself, but my beta readers are writers and editors. I do my own formatting for Create Space because I figured out an easy visual style that eliminates hassles with different headers and footers, but I have little visual or graphic sense.

Fortunately, my cover designer and I worked together in theater long enough to figure out how to communicate with each other. We live about ten miles apart so we can discuss a synopsis or images in person. That's very helpful. My designer also has a good eye and ear for language and we work together on cover copy--along with my webmistress, my daughter with a double Masters in Communications and Marketing. My wife used to write advertising copy for radio, so she's a huge asset, too.

Ignore what you see on the Internet. Nobody has yet found a one-size-fits-all method of promoting, whether it's Facebook, Twitter, Instagram, Goodreads, blogs, or anything else. Your friends can come to events and buy books, but asking them to review is risky because most of them don't know enough about reading or writing to craft a review that doesn't look bogus. In the October 28, 2016 issue of Publishers Weekly, longtime agent Peter Riva tells why he thinks Amazon reviews are worthless anyway. I have business cards and bookmarks because I also conduct fiction writing workshops and edit fiction. I know thirty librarians on a first-name basis, but that doesn't mean they can get me into their building. Funding for libraries is diminishing like common sense during election campaigns.

If you conduct workshops, the preparation and promotion also take you away from your "real" writing.

If you're self-published, many established authors will not blurb you. For some, it's a philosophical issue, and for others it's a contractual one. I was lucky to get a few blurbs for early novels because I met many members of Sisters in Crime and Mystery Writers of America (I appear on panels for both groups) at events, but I ran out of connections. Six of my last seven novels bear no blurb.

Remember that if you've self-published, most agents and traditional publishing houses may treat you like toxic waste if you query them later. I don't agree or disagree, but that's how it is. I've heard of self-pubbed authors (generally very young) getting picked up by major houses, but what have they produced since then? Amanda Hocking comes to mind.

Self-published authors have trouble getting publicity. My local newspaper, the Hartford Courant, has gutted its staff and is owned by the Tribune. That means it's edited in Chicago and local news is low priority. The reviewer who used to support local authors now sees her work trimmed or deleted. She used to promote my events, but last year I couldn't even get mentioned when the Private Eye Writers of America named me as a finalist for the Shamus Award. 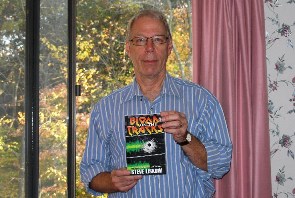 The largest independent bookstore in Connecticut demands a payment of $125 from self-published authors for an appearance there, and they will only do a fifty-fifty consignment split. I would have to bring the books with me, sell seventeen just to pay that fee, and take the unsold copies with me again.

Most bookstores won't carry your books because they can't get the same distributor's discount and free returns they have with traditional publishers. Your book will cost them more to buy, and if you bring your own, they get a smaller percentage from the sale price (see above). That hurts their margin so they probably can't afford you. Maybe you can make a special deal with your local store, but maybe not.

Those are the shortcomings I've discovered so far. Sound bleak? Well, maybe, but next time, we'll look at the advantages. I think those outweigh the problems.