Some time back in the late 1980's, when the A&E network was getting off the ground, they recycled a lot of Brit TV, and one of their shows was LOVEJOY. I watched it faithfully. It had a cool hook, in that the guy was an antiques dealer, and sometimes on the shady side of things. He wasn't averse to the occasional con. 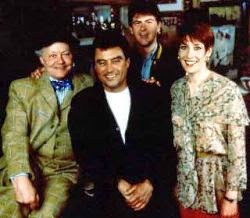 LOVEJOY had a funny broadcast history in that its first season on the BBC pulled in viewers, but then there was a four-year hiatus before they brought it back for another five seasons, and then it picked up legs both in the UK original and in US syndication.

If you're unfamiliar with the show, the concept is that Lovejoy worked estate sales and auctions – and was often asked to give an opinion of value or to broker a deal – with an eye to the main chance, of course, but his saving grace is his fierce passion for the real thing. The mysteries often turned on questions of provenance and authenticity. Is such-and-such the genuine article or a forgery? A pair of eighteenth-century dueling pistols, a watercolor attributed to Constable, a manuscript copy of the Magna Carta that's fallen out of a library book, and each episode involved a learning curve. One's reminded of THE BRASHER DOUBLOON, say, or the story where one collector buys the last but one rare 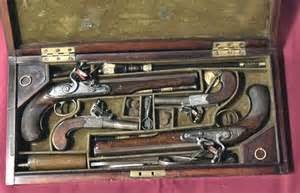 stamp from another collector and then burns it, so he now owns the only one left in the world. (Can somebody help me here? I don't remember who wrote that story.) There's something obsessive about this hermetic crowd, too, the idea that you'd be willing to kill for a Queen Anne chamberpot or a Hogarth etching.


I've been binge-watching the show recently, on DVD, and the first thing you notice is how well it stands up. The production values are high, for one, nice location shoots, stately homes and so forth, but the level of the scripts is consistently strong. If you look back on 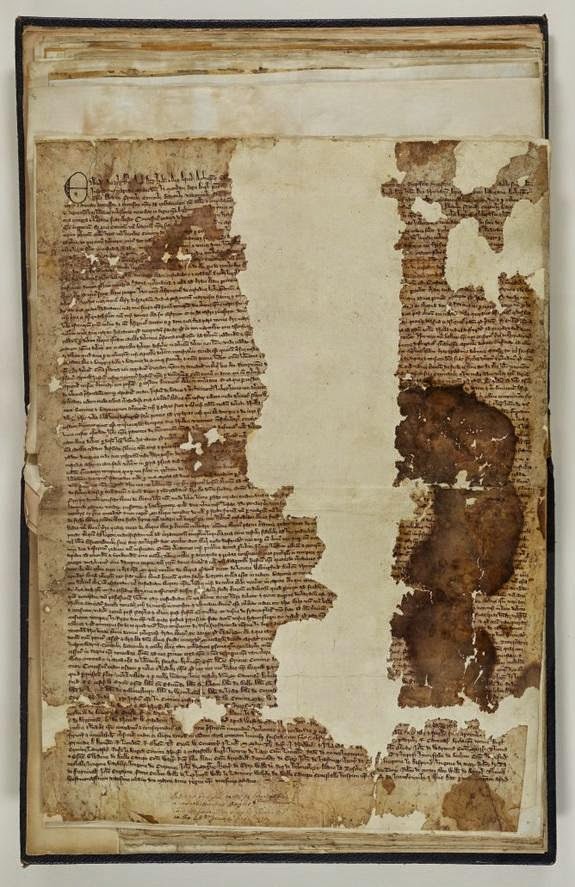 some of your old faves, you can be disappointed. HAVE GUN, WILL TRAVEL is still terrific, but WANTED: DEAD OR ALIVE is cheesy, Steve McQueen notwithstanding. Jack Lord's HAWAII FIVE-O is truly dreadful (with the exception of Khigh Dhiegh as Wo Fat), while MAGNUM, P.I. works well, in spite of its being something of a period artifact. LOVEJOY the series was put together by Ian La Frenais, and based on the Jonathan Gash books. La Frenais worked with a stable of writers that kept a very sharp tone, both mischievous and sinister. The stakes were often high. Antiques ain't small beer. 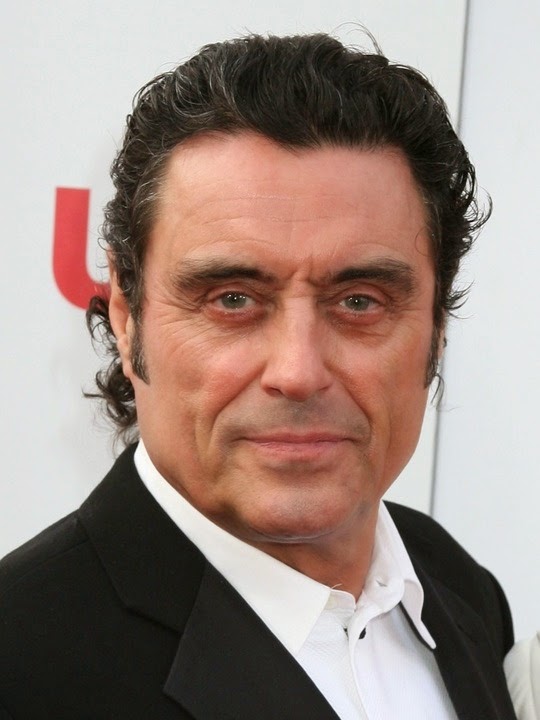 The trick's in the casting. Lovejoy himself is played by Ian McShane, a guy I've been queer for ever since the Richard Burton gangster picture VILLAIN, not to mention SEXY BEAST and DEADWOOD, and McShane gives the character enormous charm. It helps that Lovejoy is also a little slippery.

He's not always a reliable narrator - Lovejoy often addresses the viewer directly, turning toward the camera - and you're never entirely sure whether he's only in it for himself, or answers to some higher persuasion. If not a bounder, certainly a rogue.

The appeal of a series character has a lot to do with how the audience relates to them, and where your sympathies lie. James Garner as Rockford, Tom Selleck as Magnum, or Bob Urich as Spenser. It's about your comfort zone, in large degree. How far can they push the envelope? You can't break faith. Network standards and practices aside, Jim Rockford isn't going to betray your trust in him, shoot an unarmed guy in the back, for instance, or leave a stray dog behind for predators. Lovejoy's cut from the same cloth. Maybe he's not the most upright, and he even spends too much time on the horizontal, but he plays fair, even if 'fair' is in the eye of the beholder. When he pulls off some complicated skin game, and takes a bigger fish to the cleaners, you get a lot of satisfaction out of it - payback.

One last note. I wasn't all that hip to the milieu, when I first watched LOVEJOY, but having spent the last fifteen years in Santa Fe, and somewhat on the fringes of the art world (a friend of mine owns a frame shop here), I find the details ring all too true, the narcissism, the competing egos, the schadenfreude. It's hard to exaggerate, or lampoon. You think LOVEJOY goes over the top? Believe me, you can't make this stuff up.

David, I’ve seen only the original series when it ran on PBS and I read the books. Here, I add a caveat: Before I knew anything about writing, I found the novels (the first few at least) difficult to parse. Something about the prose was disjointed and I was 40% through the first novel before I began to feel the rhythm. After that, if after a break from the books and especially if I read a palate-cleanser or two, it would take a hundred pages for me to catch the pace again. Maybe it was just me, but while I liked the stories, the I don’t recommend making a reader work that hard.

One think about the new Hawaii 5-0… it’s considerably worse than the original. I think some fans get into the glamour of the actors (like Steve McQueen) and don’t mind the plot… if any. By the way, was I the only one who wished someone would shoot that whiny kid on The Rifleman?

Oh, there is nothing like collectors for ultimate madness. In one of the Trevanian series about Dr. Jonathan Hemlock, art collector and professional killer, (I think it's The Loo Sanction), Hemlock is shown a painting that might be a Van Gogh - he tells the owner that it's absolutely perfect, except for the sun, which gives it away as a forgery. So the owner cuts that part of the painting and (presumably) later sells it as damaged but genuine. I'll check into Lovejoy - I haven't seen those for years.

Leigh, I think almost all the kids on TV then were whiney-- "Beaver," Richie Petrie, etc. Looking back, it made me wonder if directors thought that was somehow more endearingly child-like. The big exception was Opie Taylor, though there were a few others. My brother and I used to hate the way these kids acted, and actually discussed the fact that this was what really stupid adults somehow thought children were like. It was just so fake it was nauseating.

Great column! To me, McShane will always be remembered first as Al from Deadwood, but I now plan to bingewatch Lovejoy. Looking forward to it.

I agree that Have Gun, Will Travel is a cut above most of those 50s/60s series, and is still fun to watch. (Maybe the villainous-looking guys make the best heroes.)

Anon, I agree. I can't tell you who did it, but someone (or some organization) voted Bobby Hill the best kid on television… and he's a cartoon!

I hadn't thought about "Lovejoy" in quite a while! Loved it back (way back) when A & E was showing it. Well-done, well-plotted, well-acted.

I watched one or two Lovejoys and did not enjoy them. They changed the character too much, making him more convrntional . The written Lovejoy had an odd campness about him (despite the fact that he was aways bedding wonen).

What i liked most about him was something you noted about the tv version, that he was an unreliabe narrator. Not that he would lie, but he was so automatically itrying to defend his dodgy behavior, that his version of events came out twisted up. Perhaps that is part of what Leigh was complaining about. I remember he complained that one man quarreled with him and "I broke his arm, almost by accident.". Or words to that effect.