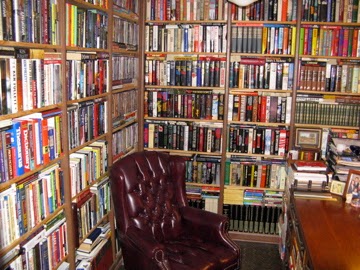 My home office, as you might imagine, is stuffed with books. Two of the walls are floor-to-ceiling shelves loaded with hardcover novels, and an unfortunate number of books and story manuscripts are usually piled on the floor and all other flat surfaces.

My wife has said she's afraid to come in without a machete and a hard hat (I tidied things up a bit before taking the photo shown here), and she remains convinced that the weight of all my reading material is one reason we had cracks in our foundation years ago. But what can I say? There's something oddly comforting and peaceful about being surrounded by books.

A friend asked me recently why I have so many. He says he understands why I buy them--I can't seem to wait for the library, or for the paperback versions--but why keep them? My standard answer (that I sometimes re-read them) is only partially true. The real answer is that, God help me, I just can't make myself part with most of my books. I like being able to look up from my computer anytime I want to and see them there, and recall the pleasure it gave me to read them. It's one reason I own more printed books than e-books. I like to touch them and feel them and smell them.

The second time around

The fact is, I often do read them again, especially if my un-read cupboard is bare or unpromising. I chain-read the way folks used to chain-smoke: I light up a new one off the butt of the one I just finished, with scarcely a pause in between. And I often find myself remembering some little something I liked in a book long ago and going back and finding that chapter or that passage and reading it again. (I know, I know . . . that's weird. But it's true.)

I do the same thing with movies. I also own DVDs, you see, a lot of them, and I sometimes watch them over and over again. I was thinking about that the other day, and a strange thing occurred to me:

The movies I re-watch the most often are the ones with great soundtracks.

Several years ago I wrote a column for Criminal Brief called "Strike Up the Band," about movie music. Writing that piece was fun for me, because even though I am no music expert and am only an amateur musician, I dearly love movie scores. (Former mystery blogger James Lincoln Warren and I have spent hours e-discussing this subject.) I honestly believe the right kind of music can not only make a bad movie good, it can make a good movie great and a great movie unforgettable.

But why watch a film again, one might ask--unless it's a musical--in order to hear the music? Wouldn't it be quicker and easier to just buy or download the soundtrack and listen to it while doing something else? Sure it would. I do that too. But what I really like is hearing the music along with seeing the action on the screen. That kind of thing was so important to some directors, like Hitchcock and Sergio Leone and others, that they often filmed scenes to fit the already-written music, rather than doing it the other way around.

I doubt that anyone could say he or she didn't brush away a tear during the final theme of Gone With the Wind, when the camera pulled slowly back from the silhouette of Scarlett under the live oak to reveal Tara in the background--or get goosebumps from the scene where Charles Bickford and Charlton Heston and all their men ride into Blanco Canyon in The Big Country. Without that blaring symphonic music, those great moments would have lost much of their impact.

For anyone who might be interested, here is a quick list of movies (excluding musicals) that I have seen several times--and will certainly watch again in the future--primarily because of their soundtracks:

Once Upon a Time in the West -- music by Ennio Morricone

Psycho -- Bernard Hermann The Last of the Mohicans -- Trevor Jones 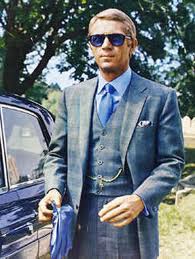 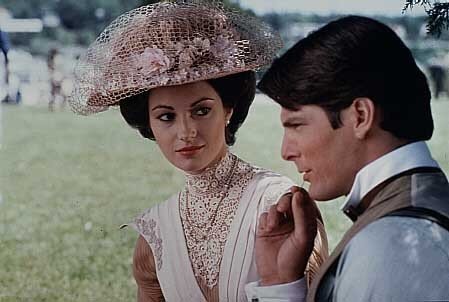 I included only one score by each composer, but I've found that I like almost anything by John Barry, John Williams, Ennio Morricone, Henry Mancini, and Jerry Goldsmith. (Several by Barry--The Lion in Winter, Body Heat, Goldfinger, Out of Africa, The Ipcress File, Somewhere in Time, Dances With Wolves--are among the best soundtracks I've ever heard.) Of those five composers, I think Williams is the only one still alive and working.

Please add your favorites to this off-the-top-of-my-head list. If you do, I'll happily fetch them from my stacks or grab them via Netflix and give them another look-see (and listen-to).

Question: Do any of the rest of you suffer from this addiction to movies and movie music? (I know Stephen Ross and Jeff Baker do.) If so, I warn you, it can be an embarrassment to friends and family.