by Eve Fisher
So I was watching the morning news and there was a commercial where two guys walk into a fast food joint and see the sign for a Double Jalepeno burger.  With, of course, lots of cheese.  And they smile at each other, order one each, and life is bliss.  My husband, who has an Irish stomach, winced.  Myself, I was thinking, that's American cuisine today:  you want flavor with that?  Here's some cheese and hot peppers. What more do you want?
That's what we're known for.  Cheese and hot peppers.  Slathered all over everything.  The cheese runs thick on the tongue, smothering most of the taste buds.  The hot peppers add shock value.  Cheap, filling, and one hell of a lot less trouble than actually, say, making a mole sauce, or a bechamel.  Although nowadays what you'll be given for bechamel sauce is generally Alfredo sauce, thick and pasty with flour and, you guessed it, cheese.  In other words, tarting it up with cheese and hot peppers is easier than getting involved in the time-consuming artistic complexity of producing flavor.

It's the same in entertainment.  Sex and violence.  If things get slow, throw in a naked woman.  Or an explosion.  Or a riff of automatic weapons.  (Speaking of which, I'm sure you heard about the 9-year-old girl at a shooting range outside Las Vegas who accidentally killed the instructor with the Uzi he was showing her how to use.  9 year olds and Uzis, what could possibly go wrong? We don't even let 9 year olds drive, even here in South Dakota, where 14 years old get learner's permits, so what the hell was he thinking... Okay, enough rant on that...)

Back to sex and violence.  Much safer.  Now I understand that sex and violence are what titillates the masses, including you and me, but sometimes I want something more:  plot; wit; character; nuance. By the way, I watched an interesting review of "Outlander", the new series based on the Diana Gabaldon time-traveling fantasy series, in which the sole woman on the panel pointed out that, while this show was obviously being marketed to heterosexual women (hot men in kilts and all that), when it came down to it, there were a heck of a lot of naked women in it and no naked men. Now what's that about?  Couldn't it even occur to the producers (6 out of 8 male) that (most) women prefer naked men?

Okay, back to character.  I've been binge-watching Michael Gambon's 1990's Maigret, and enjoying it heartily.  (I love reading Maigret, too - it's one of the main reasons and ways that I've learned to read French.) And I noticed something that hadn't really struck me before:  Jules Maigret is normal.  He's a good, decent, bourgeois man who drinks/eats/smokes a little more than he should but not too much, who loves his wife, and who really likes his co-workers (except for the examining magistrates).  He likes people generally, including most of the petty criminals he deals with.  And yet he's absolutely real, grounded in details and mannerisms and nuances that are very subtle.  In other words, he's an old-fashioned hero.  It's very refreshing.

But I think too many "heroes" have been run through our jalepeno culture.  I've seen too damned many lead characters who are damaged addicts (alcohol/drugs/gambling/sex), and/or whose significant other was brutally murdered by a mysterious serial killer, and/or who are promiscuous to hide their longing for love or their lack of ability to love, and/or who has significant PTSD and/or traumatic childhood experiences and/or mental illness and/or OCD/bi-polar/etc., and almost ALL of them are obnoxious to everyone around them (and yet are mysteriously loved despite of it)...  Folks, that isn't character, that's a laundry list.  What started out as an exception - with the ability to shock, startle, amaze, entertain - has become the norm, which means... well, cheese and jalapenos on everything.

And it's often taken to the point where there's no one to root for. Everyone is lousy, including their kids.  Everyone is crooked. Everyone will do anything, anywhere, any time to get ahead.  Nobody even tries to be pleasant, much less good. And don't even get me started on "Breaking Bad":  I do not, repeat, DO NOT watch shows or read books where serial killers and/or drug manufacturer killers are the heroes. I'm an old-fashioned girl at heart.  Besides, the villains are even more alike than the defective detectives: always brilliant, always brutal, always cold, always with superhuman timing, and the only difference is how they do it and whether or not they eat their kill.  Boring... 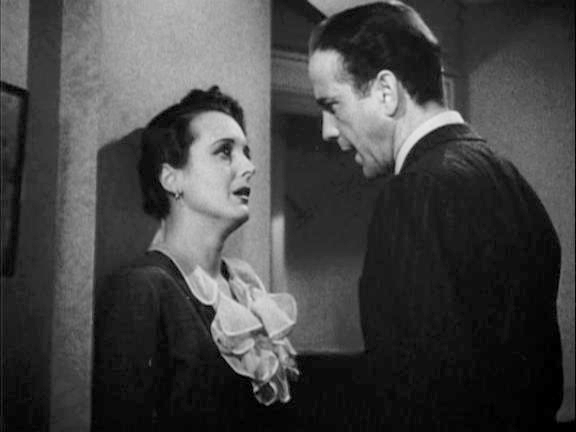 Maigret.  D. C. Foyle.  Miss Marple. Guido Brunetti.  Nancy Drew. Columbo.  V. I. Warshawski. Archie Goodwin.  Perry Mason.  Endeavour Morse.  And many others, rich in variety, style, wit, character... Excuse me, I have some more reading to do.  And tonight - another Maigret!
Posted by Eve Fisher at 00:01