I just got back from another weekend at the pen, and you know, sometimes you just don't know what the boys are thinking.   There's always some guy who's saying, "I always know I'm the smartest guy in the room."  And it's not always the same guy.  And none of them recognize the irony of saying that in prison...   There are the guys who persist in expressing their dissatisfaction with prison life by insulting, yelling, cursing, or spitting on guards.  "I showed them!"  Yeah, you showed them that you need a few days in the hole to think it over.  And the ones who are furious at the system for locking them up just because they walked away from a work release program ("I just went to pick up my meds!"  "My girlfriend was having a breakdown!"  "I needed some time to think..."), or because (I kid you not) they posted photos of themselves doing various illegal activities on social media...


There are times I think I'm in a room full of Darwin Award winners.  Speaking of Darwin Awards, in case you didn't catch them, here are the 2013 winner and his runner-ups:

1. When his .38 caliber revolver failed to fire at his intended victim during a hold-up in Long Beach, California would-be robber James Elliot peered down the barrel and tried the trigger again. This time it worked.

2. The chef at a hotel in Switzerland lost a finger in a meat cutting machine and after a little shopping around, submitted a claim to his insurance company. The company, expecting negligence if not outright fraud, sent out one of its men to have a look for himself. He tried the machine and he also lost a finger. The chef’s claim was approved. 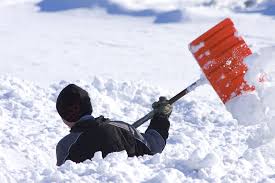 3. A man who shoveled snow for an hour to clear a space for his car during a blizzard in Chicago returned with his vehicle to find a woman had taken the space. He shot her.

4. After stopping for drinks at an illegal bar, a Zimbabwean bus driver found that the 20 mental patients he was supposed to be transporting from Harare to Bulawayo had escaped. Not wanting to admit his incompetence, the driver went to a nearby bus stop and offered everyone waiting there a free ride. He then delivered the passengers to the mental hospital, telling the staff that the patients were very excitable and prone to bizarre fantasies. The deception wasn’t discovered for 3 days.

5. An American teenager was in the hospital recovering from serious head wounds received from an oncoming train. When asked how he received the injuries, the lad told police that he was simply trying to see how close he could get his head to a moving train before he was hit. 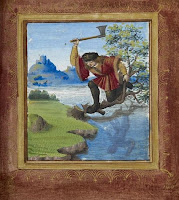 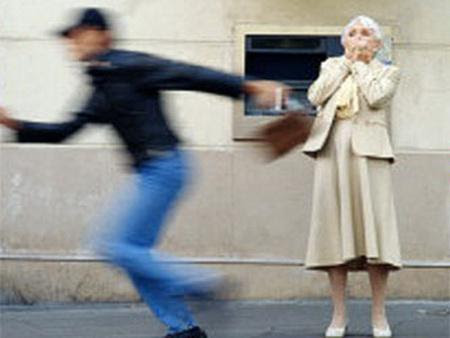 8. As a female shopper exited a New York convenience store, a man grabbed her purse and ran. The clerk called 911 immediately, and the woman was able to give them a detailed description of the snatcher. Within minutes, the police apprehended the snatcher. They put him in the car and drove back to the store. The thief was then taken out of the car and told to stand there for a positive ID. To which he replied, “Yes, officer, that’s her. That’s the lady I stole the purse from.”

9. The Ann Arbor News crime column reported that a man walked into a Burger King in Ypsilanti, Michigan at 5 A.M., flashed a gun, and demanded cash. The clerk turned him down because he said he couldn’t open the cash register without a food order. When the man ordered onion rings, the clerk said they weren’t available for breakfast… The frustrated gunman walked away. 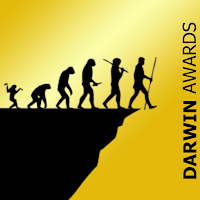 10. When a man attempted to siphon gasoline from a motor home parked on a Seattle street by sucking on a hose, he got much more than he bargained for. Police arrived at the scene to find a very sick man curled up next to a motor home near spilled sewage. A police spokesman said that the man admitted to trying to steal gasoline, but he plugged his siphon hose into the motor home’s sewage tank by mistake. The owner of the vehicle declined to press charges saying that it was the best laugh he’d ever had and the perp had been punished enough!

Those are the official ones.  I'd like to add one from an idiot I knew, 40 years ago in L.A., who'd always wanted to steal a cop car.  Well, one day he saw one with (for some unaccountable reason) an open back door:  so he got in and pointed a gun at the cop sitting in the front.  The cop's partner showed up...  The guy's probably still in jail.

That bus driver deserves a story!!!
What a plot goldmine.

There was the bank robber who walked into Bank of America in California and handed the teller a note written on a deposit slip. The teller said that she could not comply with his demand because he had written it on a Wells Fargo deposit slip, and he would have to go across the street to get his cash.

The Wells Fargo security guards were waiting for him when he arrived.

Eve, today is the first time I've been on the computer or seen SS since early Sunday morning when I rapidly posted something for Monday. (My apologies for not responding to comments Monday. I've had excruciating pain from Shingles in my neck and rib cage.) This is a wonderful read for my return to SS!
And Janice is right, it's a plot goldmine.

Oh, Fran, I hope you feel better soon - shingles are AWFUL. And I think the Burger King employee is a potential investigator!

Very entertaining, Eve, and I feel much better about myself as a result.

The bus driver exhibited extraordinary innovativeness in my opinion--kind of a spin-off of the "round up the usual suspects" theme. Of course, his passengers did experience some inconvenience.

Eve, another good one. Enjoyed your blog.

Just goes to show that the good Lord must have loved idiots, seeing as how he made so many of them.

(Not sure who the person was that I paraphrased in the above statement.)

I was going to say that I wasn't sure the Zimbabwean bus driver belonged on the list. I see David agrees with me. :)

evilj, your post reminds me of a story I wrote with pretty much the same scenario. In my case the teller would not turn over the money unless he filled out a withdrawal slip. It is amazing how outrageous some fiction may be it will never outdo real life.

Eve, I think I like your stories best of all.

I did see video of a guy who threw a brick or block at a tempered window… or bad-tempered window as the case may be. Really funny.