Retirement vs Reinventing Myself 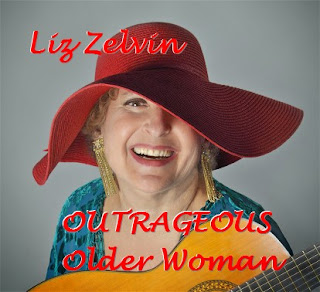 I've reached the age when those of my friends who have spent the past thirty or forty years pursuing one career--teaching, say, or working for the government--have reached retirement age. Some have to tighten their belts and make lifestyle changes to adjust to no longer drawing a regular paycheck. Others have been wise or lucky (or both) in their investments and have squirreled away enough nuts to do whatever they've always dreamed of doing, whether it's world travel or ziplining fighting for social justice or writing a novel. Some struggle with the challenge of unstructured time. Some sleep in and revel in blissful leisure. Some find they have decades rolling out before them. Others, sadly, have to pour their energy and resources into unexpected health problems. 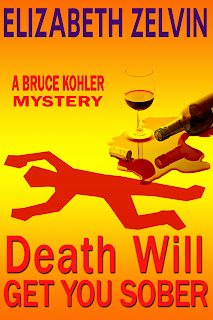 Meanwhile, I'm as far from retirement as I've ever been. There seems to be no expiration date on what I do, though my life has a way of morphing into something different from year to year. I've reinvented myself several times already, and the recent paradigm shift in our culture, especially in the publishing industry, insures that I'll continue reinventing myself. When my first novel, Death Will Get You Sober, was accepted for publication by a major publisher more than seven years ago, I thought I'd reached the point of settling down. But that's not the way it happened. I now have a body of work as a mystery writer and singer/songwriter that I'm very proud of, along with my earlier work as a poet and mental health professional. In fact, I haven't been waiting for retirement to do the things I've dreamed of. I've been doing them all along. But my latest novel, VOYAGE OF STRANGERS, is a historical novel about what really happened when Columbus discovered America, and that's the beginning of yet another voyage into the unknown, involving research and telling stories that aren't anchored by crime, investigation, and solution. 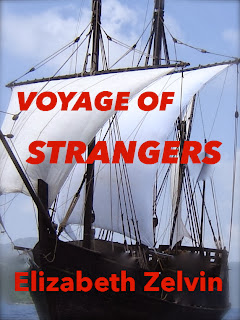 VOYAGE OF STRANGERS tells a story that includes a number of crimes against humanity: the expulsion of the Jews from Spain in 1492, the Inquisition, an auto da fe, rape, the genocide of the Taino. And I wrote it out of a passion to set the record straight that equals or exceeds my motivation as a mystery writer.

Each new manifestation of who I am and what I do has in some way built on the choices that I’ve made in the past. Without going into all the ideologies and isms I’ve traveled through, or the lifestyle choices and personal roles, I can say that the overall movement has been from writer to therapist to therapist and writer. Along the way, I got sidetracked into various publishing jobs in the mistaken belief that they would help me be a writer. Similarly, I’ve performed various functions as a social worker and administrator that did not exactly add up to being a therapist. But the heart of what I’ve wanted to do has remained the same.

I once heard writer SJ Rozan say the mystery (or crime fiction in general) is one of the great ur-stories in our culture. It is a story of righting wrongs and seeing justice done, and that is why we want to hear it over and over. If publishers and film and movie makers won’t give us good stories, we (the reading public, the media consumer) will take bad stories, so great is our hunger to see things made better, villains caught, safety restored, unfairness exposed and punished, and everything put back in place. We’d like law and order in real life, but too often we’re offered only a tarnished simulacrum. So we’ll take it however we can get it: in the stories we tell and hear.

Therapy is also about righting wrongs. It can’t enforce the law or get wrongdoers, in most cases, to acknowledge and correct their faults. Therapy doesn’t work that way. But to those hurt by the acts and deficiencies of others, it can provide corrective experiences. Those who’ve been rejected and abandoned can experience unconditional love. Those who have repeatedly chosen abusive partners can learn to select and sustain healthy relationships. Those who have internalized harsh parental criticism can come to accept and nurture themselves. It may not sound like an exact analogy for investigating, discovering whodunit, and putting the culprit in the slammer. But in a way, it’s close.

I’ve found that what I do as a therapist—listening—is a lot like what I do as a writer—being heard. EM Forster’s famous tag, “Only connect,” sums it up for me. In both roles, I am seeking the human connection. I am trying to make contact with another human being, whether it is the client who pours out his or her soul without knowing much about me beyond my capacity for empathy and compassion, or the reader to whom I pour out my own soul and the fruits of my imagination without knowing any more of him or her than their willingness to open my book.

Being a therapist, like being a writer—and a reader—is a way of opening the door to a secret garden. One of the greatest rewards in both is the closeup view I get of other people’s lives. Both legitimate my elephant’s-child curiosity about others’ innermost feelings, passions, and motivations. When I write fiction, I even get to make the other people up, so that I can explore all the possibilities my imagination can reach. At the same time, I make myself vulnerable to every reader who sees my work. That is both scary and exciting. Back in my poetry days, in a poem called “Secrets of the Therapeutic Relationship,” I wrote:

The same is true of writers and their readers. These connections are profound. They are both pleasurable and innately valuable. They can't be outgrown. Aging, and the wisdom it confers, only improves them. And no Viagra needed.
Posted by Elizabeth Zelvin at 00:01