In the Heart of Dark Ghost Trains 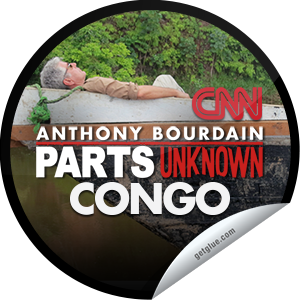 We’ve mentioned NetFlix on this blog, in the past, and I recently saw an episode of Anthony Bourdain’s Parts Unknown, on NetFlix, which contained elements that I found applicable to writers.

In this episode, Bourdain visited the Republic of the Congo, and traveled down part of the Congo river. On the trip, they visited a railway station, with dilapidated rolling stock and ruined rail lines.

Frankly, it reminded me of a rail station near the Jungle Warfare School in Ghana, West Africa. When we were there, running a leadership academy for Ghana Army NCO’s, we ran some patrols that encountered the defunct rail station/junction. 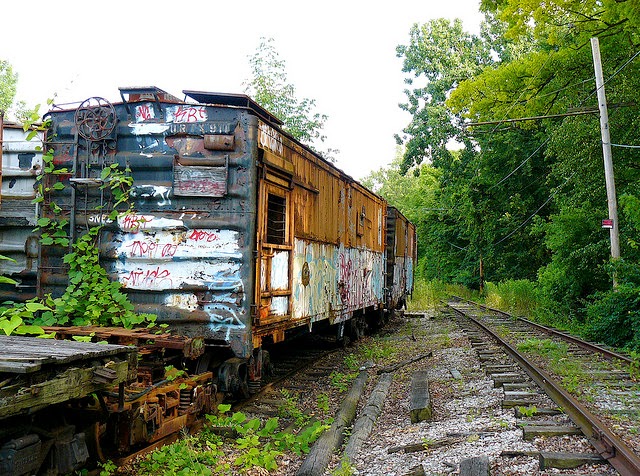 I was in Ghana for work, not photo-tourism, so I took no photographs. And, unfortunately, I was unable to find photos of that junction, but I did find some that have the same attributes found there. They might give you a good feel for the place. 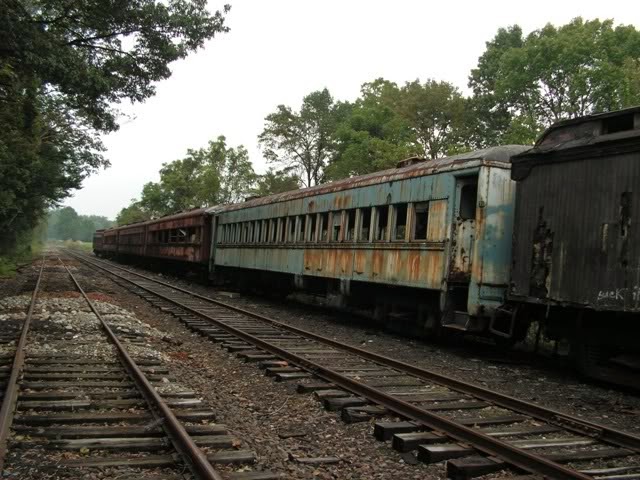 It was a hauntingly beautiful sight:  Dozens of rusting rail cars—freight cars, old passenger cars, even a lone caboose—sprouting up from green growth where “The Bush” had encroached and begun to consume them. Inside the cars: ancient antique fixtures, rusted and decaying remains that would have made a railroad enthusiast’s or antique hunter’s heart race. 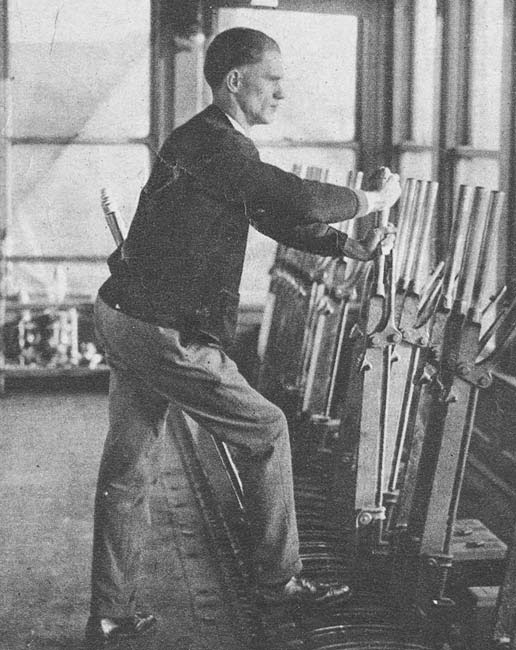 We climbed the rickety steps to the dilapidated switch tower (which looked a lot like this one below) and marveled over the huge clamp-lever manual switches (left) that had once been used to shunt trains from one line to another on the switch yard below. 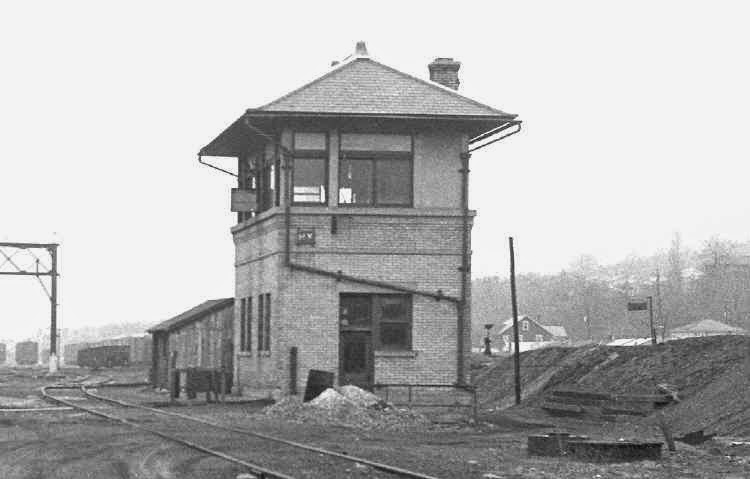 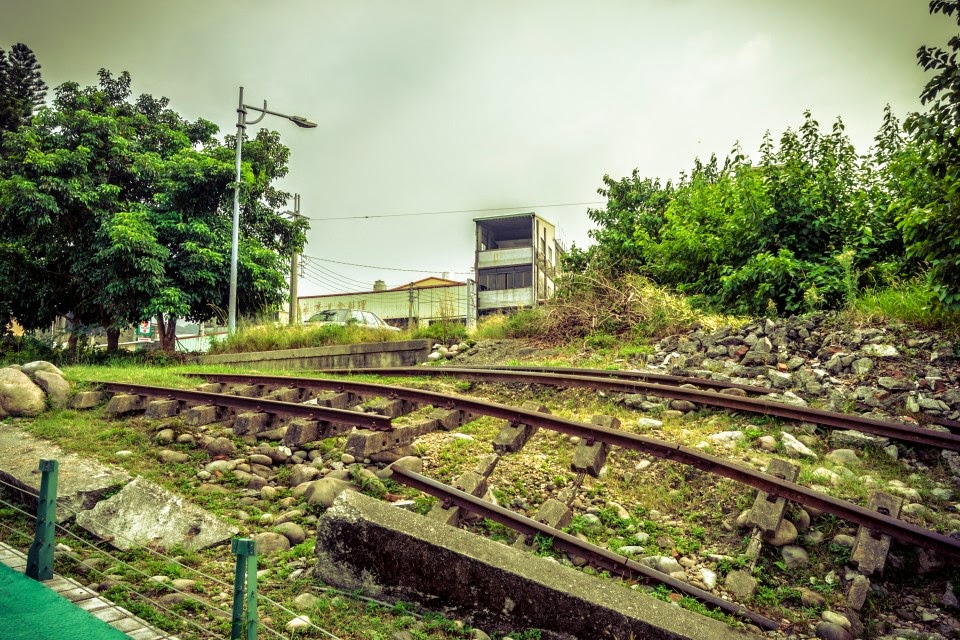 No trains ran through that yard at the time. The tracks weren’t just rusted; whole sections were missing. And the sections that remained boasted not only profound ruination and tall grass, but also bushes and small trees that grew up between the ties. 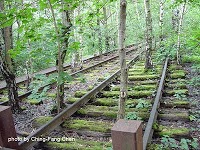 Yet, back at our barracks, late at night, we sometimes heard a locomotive hauling a train of many cars at high speed down through that switch yard. Our ears would catch the rumble of steel wheels grinding against the narrow-gauge rails, the rhythmic thump and rattle of quick-rolling cars clattering down the track, sometimes a long mournful horn blast as the engineer warned people or animals to clear the way. But no trains rolled down those tracks.

No train crossed that overgrown, ruined switch yard. So what did we hear? 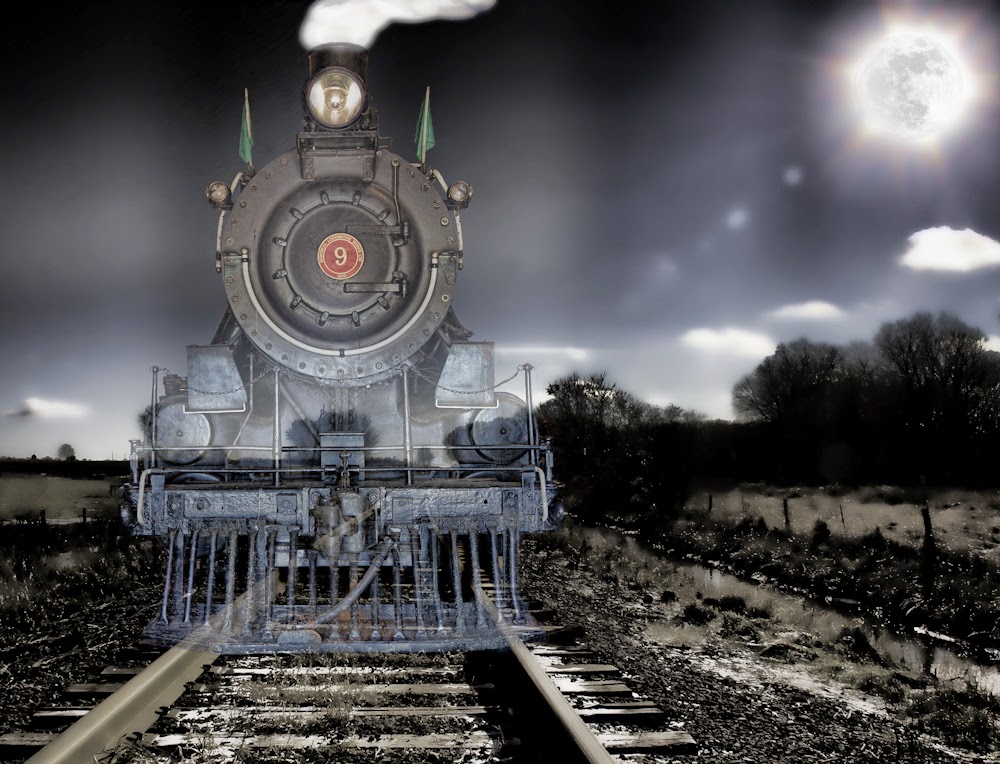 The Ghanaians said, “Oh, sir, that is the ghost train. It comes at night. It is bad luck to be at the station at night, when it comes by, because then it might stop for you. This would not be a good thing.”

Congo’s rail line in that show looks like the one I saw in "The Bush" in Ghana, but men still work on that Congo rail line. According to a 2011 BBC report, they hadn’t been paid for over four years. But, still they worked. On a railway system with nearly no rolling stock, large sections of missing track, almost no hope of revival -- though the PRC may have come through some capital to begin reconstruction.

Meanwhile, at a defunct research facility up-river, Bourdain found a group of volunteers maintaining the large library that had been abandoned when the facility was closed in the Sixties. 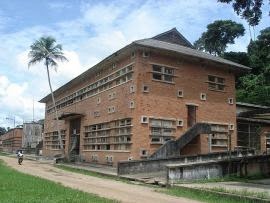 Why work to maintain a library of old, outdated research material, virtually in the middle of nowhere, for over fifty years? Without pay? Without access to electricity? Keeping an antiquated card catalogue system in rough, but working order while trying to keep the books from mildewing into muck? Why?

To me, the answer to both questions— Why the railroad workers keep going to work and the library volunteers continue their work — seemed to boil down to a single answer. I think it’s called hopeful persistence.

They persist in their work, in the belief it will one day pay dividends of some kind—either to them, to their loved ones, or to some future human beings who will one day benefit from all that thankless work.

When a writer gets a rejection, I think this hopeful persistence is a good thing to have in abundance. In fact, I suspect that’s why the men in these stories appealed to me: I felt a common bond with them. Though, hopefully, my goals are more attainable.

Here’s wishing you an abundance of Hopeful Persistence, and a long string of acceptances that renders your persistence superfluous.