by David Edgerley Gates
Those of you who follow my posts on SleuthSayers know I have a low opinion of Edward Snowden, the NSA leaker, but you may be surprised that my take on Bradley Manning is quite different. (Two other high-profile courts-martial rendered verdicts this past week, but the three cases have little to do with each other.) 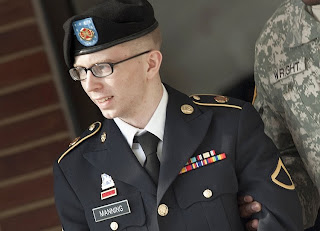 The first question is what Manning did. Essentially, he delivered a core dump of classified materials to WikiLeaks. Two questions follow on the first. 1) Did he compromise sources and methods? Without a doubt. 2) Did he put the lives of soldiers in combat at risk? The answer appears to be more or less no, but it's a hedged bet.

The most serious offense he was charged with was Aiding the Enemy, but the trial judge acquitted. He was found guilty of violating the Espionage Act, and drew a thirty-five-year sentence, convicted on twenty counts, in all.

People unfamiliar with the UCMJ---the Universal Code of Military Justice---don't realize how inflexible it is, by design. Its obvious purpose is to enforce discipline in the ranks, both officers and enlisted. But it guarantees equal treatment, and protects the rights of the accused. In other words, the UCMJ is meant to guard against the imposition of arbitrary punishment. You can no longer be flogged for minor infractions, on the word of your captain alone, as was the rule during the Age of Sail. The power of the officers over you is structured, and not a matter of their personal whim. This is known formally as Chain of Command. Are there abuses of the system? Of course. The military is a hierarchal organization, with the strengths and weaknesses that entails, and highly formal. Duty is an obligation, freely chosen, but not a bargaining chip. 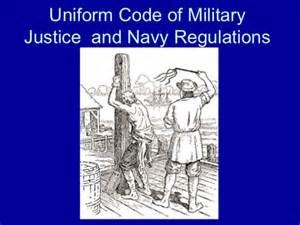 My own experience of the UCMJ was an Article 15, for Failure to Repair, and it cost me a loss in rank I had to claw back. To explain the vocabulary: an Article 15 is non-judicial punishment, administered by your commanding officer; Failure to Repair means not reporting to a required formation, which is a slap on the wrist compared to Dereliction of Duty; and, for the record, I admitted my guilt. In cases like this, the commanding officer has a certain amount of latitude, and can impose a fine, or reduction in rank, and even revoke your security clearance, but you won't go to jail. That takes a court-martial.

What does this have to do with Manning? For one thing, my job was much the same as his, battlefield analysis, even if my war was cold (the Russians and the Warsaw Pact) and his was hot. We worked under similar restrictions, and had access to secure documents and databases. Both of us, presumably, understood the consequences of the unauthorized release of restricted materials. In fact, it remains an article of faith among almost everybody I know who's worked in the spook trade that your lips are forever sealed.

Much has been made of Manning's unsuitability for the military, generally, and more specifically for his job description, handling sensitive stuff. Given his behavior patterns, he should have had his clearance pulled, and been relieved. Why didn't this happen? Because they needed warm bodies, and as manifestly unfit for duty as Manning so obviously was, they kept him at this station. The kid was desperately out of his element. His gender-identity issues have surfaced since, but even at the time, he was trapped in a hostile workplace environment, and almost certainly bullied. He was queer in the old-fashioned sense, meaning the odd guy out, an easy target for ridicule. The larger point is, that he tried going through channels. He made his unhappiness known, and although his First Sergeant did try to help him find his feet, nobody bit the bullet and recommended his immediate discharge, not only for Manning's own good, but for the success of the overall mission. 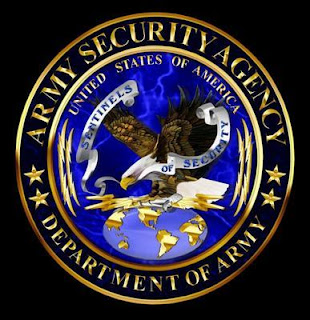 This isn't to excuse, in any way, Manning's criminal acts. He violated basic military discipline, and he broke the cardinal rule of the intelligence world. (The question of whether his airing those secrets on the Internet serves some greater good is moot, or at least not the purpose of this post. In the event, I don't buy that defense.) My real disappointment isn't with Manning, anyway. What's instructive about this whole, sorry enterprise is that the chain of command failed a soldier. Square peg in a round hole, Manning was still one of their own, and they betrayed his trust. There's more than enough guilt to go around.
Posted by David Edgerley Gates at 01:00