Of Memory and Organic Change 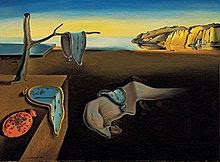 In my last post, I promised to explain how R.T.’s comments on Louis Willis’ earlier post (the one that set my three-part character diatribe in motion) illustrate the manner in which characters organically changed, in order to add depth and life to a 250-word story that had felt like a skeleton, resulting in a final story of nearly 8,000 words, which sold to EQMM. And, I mentioned that this would naturally result in explaining how plot sometimes changes in my writing, due to character behavior or attitude.

To create that 250-word piece, I let my subconscious (I believe, at least) speak to me through a hard-bitten mercenary’s voice. I typed what “the guy” said into my computer, but then pulled out and incorporated only the key points in the story, because of the word limit.

Naturally, this left me with a lot of left-over parts on my computer, because that character in my head had told me a lot about his life, while I’d used only a small portion of it. I suppose this is rather similar to all the parts you’d have left over, if you bought a plastic car model, but only glued in the window glass before gluing the chassis to the body and adding the wheels where they belonged. There wouldn’t be any engine in the model, or any interior to see when looking through the windshield. It would merely be the shell of a car model.

And, to me, that analogy seems to stand up, since the 250-word version of “Dancing in Mozambique” felt like only the shell of the story. It had a body and chassis, and I’d built the driveshaft by twining the story around a shooting concept called The Mozambique. But, most of the stuff the main character had told me sat parked in my computer unused.

One day, quite a while after I decided the 250-word version obviously wasn’t going anywhere, I pulled it out and looked it over. I had the notes I’d “dictated” from my mythical mercenary on a separate Word doc contained within the same story file on my computer. And after reading through all of that, I started thinking that it might make a very nice piece.

I felt that there were still some parts of the over-all story that were missing. They weren’t in the short version of the story, but they weren’t in the dictation notes either. I didn’t know where they were, but pawing through all the pieces in my computer, and mentally matching them to the parts already assembled, I could tell that pieces of the story I wanted to write were definitely missing.

Harkening back to my previous example of the plastic car model, we might say the story had no engine to provide true motive force. Thus the story lacked the power it needed, if it were to drive anywhere – particularly anywhere of significance. Nor did it have a comfortable interior that might lend somebody – the reader perhaps? -- a place to “nestle in.”

And, this is where R.T.’s statement on Louis’ post, a few weeks back, helps explain what I did to locate these missing pieces. In his comment, R.T. made two points I felt very familiar with. The first was:

I usually reach back into the past, mostly for criminals and street people I've run across and how they would act/react . . .

I, too, tend to reach back into my past for characters I’ve known. And, during my time in the army – and since – I’ve known a lot of characters. Since this story dealt with a mercenary who had once been a regular soldier, I found it natural to dredge-up soldiers I’d once known instead of criminals.

One of the problems I had was – though the story’s protagonist had clearly indicated (in my head) that he’d been in the US Army during the Viet Nam conflict, and that experiences there led him to become disenchanted with Regular Army military life, as well as the civilian world at home – he hadn’t told me what the catalyst for this change in his perspective had been.

Many years ago, long before I ever seriously contemplated joining Special Forces, I had an army buddy we called “Speedy.” Speedy’s nickname – many of you will be happy to learn, I’m sure -- had nothing to do with drug use. In fact, Speedy never used drugs, as long as I knew him. And, the last time we spoke, he had clearance and access up around Battle Star Galactica level, so I’d imagine he’s really not the sort of fellow who’s ever going to start.

No, his nickname, instead, had a lot to do with the brush fire pace at which he ran around a track.

Speedy and I shared upper and lower bunks in Heavy Equipment Operator’s School, and thus became pretty good buddies. We were young (late teens) and spoke often about things “back home.” One night, while we sat outside the barracks talking, Speedy quietly told me about his father, who had been in Special Forces during Viet Nam. And, he went on to relate a war story his father had once told him concerning the fact that supplies had been disappearing from their convoys, which ran from Saigon out to their SF basecamp in the hinterlands. It seems that the A-Team’s supplies were definitely on the trucks when they left Saigon, but portions of them disappeared before they reached the basecamp.

Evidently, the Viet Cong guerrillas were hiding in the jungle along the roadway, then running out and snagging supplies off the back, when the trucks slowed to a crawl on certain stretches along the road.

One day, a friend of Speedy’s dad decided to put an end to this pilfering. The guy grabbed a meat cleaver and a .45, then climbed into the back of one of the trucks as they pulled out of Saigon with supplies, saying he was gonna “get Cong!”

I won’t tell you what happened, here. However, the horrific results were completely unexpected, and the dad’s friend wound up feeling extreme guilt and remorse for what he had wound up doing during his attempt to protect their supplies. As Speedy put it: “Dad said he was really f#*&%@d up by it, and was never the same afterward.” And, having heard what happened, I completely understood why.

Recalling the story years later, I also realized this was just the sort of catalyst my protagonist would need to have encountered, in order to find himself becoming a mercenary in Africa. Consequently, the passage in “Dancing in Mozambique” in which the Rangers deal with those pilfering supplies from their trucks, is based very closely on the story Speedy said his dad told him -- an incident that probably really happened.

Sometimes these story characters … get bent to fit the story as it emerges ….

This is something R.T. also mentioned in his comment.

In my writing, characters do sometimes get bent to fit the story, but I often find that the story bends more naturally, to fit the characters. Which is another way of saying that – in my writing style -- the story tends to grow organically from character actions, and sometimes changes in odd little ways.

In the case of Speedy’s story, I thought my protagonist was more likely to have been a Ranger than a Special Forces soldier. I made that decision based on the experience level he seemed to have at the time he was in Viet Nam. So I suppose that’s change number one. Not a big one, but a change to the story, nonetheless. And, one that I made based on where I thought the character would have been at that time in his life.

In the real story, the guy with the cleaver wound up being mentally and emotionally wounded, but he didn’t kill himself over what he had done; he lived with the guilt and remorse for the rest of his life instead. I, on the other hand, only had 8,000 words to work with, so I needed to show the impact of his actions on his psyche, while also stressing the impact it had on my protagonist. My solution was to have the cleaver-wielder commit suicide, since I thought this would work as a quick and dirty demonstration of the impact.

Remember, however, that the voice I’d originally heard in my head was speaking in first person. He was telling me what had happened to him, how he had come to find himself in this dark place – very powerful stuff that could cut a reader to the emotional quick. Consequently, I was writing the story in first person, since that’s where its power clearly lay.

Writing the story Speedy had told me, however, using the first person voice of my protagonist, my protagonist’s voice and mannerisms gradually overtook the narrative. It was as if that voice in my head “switched on” again. And, I was glad, because this is seldom a bad thing for my writing. This change in voice caused several minute changes in the story, and helped fill in some missing blanks to lend verisimilitude. But, then it accomplished something more.

Writing about the aftereffects of the horrifying incident, I found myself writing the protagonist’s story (the words were coming out of his “mouth” and in his voice, remember) in a way that didn’t just demonstrate what the incident had done to the guy with the cleaver. Instead, through his suicide, my protagonist’s buddy had left my main character to shoulder the burden of guilt all alone. It took the guilt of a mistake made by another character, and slammed it on top of my protagonist.

I didn’t plan this. It’s something that happened when the storyline was transmogrified through retelling by the protagonist’s voice. Only after writing it down, did I realize what I’d done.

I’d like to expand on this notion, but this post is already long and my time today is rather short. So, I’ll sign off now, and expand on things some other time.