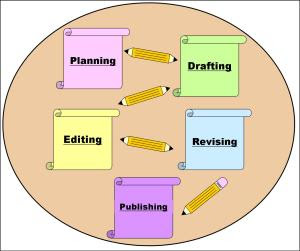 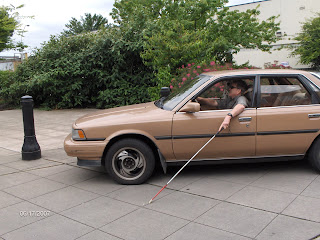 John, I agree with you that there's no "right" way. Personally, I seldom work from an outline for written work but always outline speeches and book talks when preparing them. I do write first and last chapters and fill in what happens in between.

John, I write intuitively or "into the mist," seeing only a little way before me. My bright ideas about what may happen later on are scribbles on Post-its that start out "Maybe..." In my series mysteries, I have to populate the protagonist's world with secondary characters, ie suspects and witnesses. They come onstage and start to speak, and it works for me. The one time I tried to plan them in advance, they came out flat and dead. Same with dialogue. Immediate and intuitive, or it doesn't sparkle. Then there's the matter of my aging memory! I can't keep a middle-of-the-night clever line in my head till morning without writing it down, so how could I possibly plot my stories in my head?

Fran and Liz -- As I said, I admire you for having that skill. If I tried that, I'd be wandering through the weeds forever, trying to find my way out.

I think it was E.L. Doctorow who said writing is like driving at night--you only see as far as your headlights go, but you can make the whole trip that way. (For me, though, that would take a long time!)

I'm with you, John, but I even outline short stories. I consider it writable(?) if I can come up with a beginning, middle, and end; if I can't, then I know from experience that the idea needs more time on the back burner.

However, once I get started I may deviate drastically from the original outline. It's kind of like a rugby match (a game my son played in college--too rough for me): the field is the outline, the plot the ball, and the players the characters. I'm the ref! Once the ball is in play I just run along looking for fouls and violations and blowing my whistle.

I agree, David--the finished version is hardly ever the one I started out with, in my head. But I have to have the structure in place before I start, even though I know it'll probably change en route.

The middle, by the way--outlined or not--is always the hardest for me. I love beginnings and endings.

I'm a driving by the headlights in the fog at night kind of writer. I know what happened, I know (usually) who did it, but getting there is painfully slow, and I never know what's going to jump out from behind the bushes. Basically, beginnings are great, endings are wonderful, and in between lie dragons...

This is beginning to sound like a "guys outline and ladies don't" thing--but I know that's not the case.

I once heard Tony Hillerman say there's absolutely no need to outline fiction . . . if you know you're going to live a long, long life. For me that makes sense--it'd take me forever to finish a story if I didn't draw myself a map first.

I'm not an outliner. I had to write a report in college and the prof insisted I outline it first. It ended up looking like a filled in outline. I trashed it, wrote another report, then wrote the outline. I got an "A".

John, I'm sorry I'm late commenting on yesterday's outlining discussion. I'll try to write about it in a future post, though I'm afraid I'll just be "amening" most of your post, especially the part about the tendency to outline or not being congenital. It may also be tied to how quickly one writes. Writers who fire off first drafts with ease may be less likely to outline.

Thanks for the comments, everyone. Herschel, I like your story about outlining only if the teacher's told you have to. Again, I wish I COULD write effectively without an outline.

Terry, I suppose I (we) could be wrong about it being congenital, but that does seem to explain why I've never known anyone to change his or her approach; you either outline or you don't. It remains interesting to me that almost every writing group I've ever taught seems to be divided right down the middle on that issue.

i don't outline, but 8 can't start a story or a novel if I don't know how it will end. Well, I sold one story to AHMM that I wrote that way. "Hammer and Dish" began with a vision of the openong scene: a football player sized man being attacked on the street by a midget. I managed to find an ending. But i have on my night table six pages i started that way which went nowhere.

Rob, if I could come up with opening ideas as good as that one, I might not need to outline either.

John, I don't outline. I start with the "where it happened" then as I write, the who and the what and the why sort of show up. But remember I am not nearly as prolific as you are.
Terrie

Hey Terrie -- If we were doing a poll, sounds as if the outliners would be in the minority. Maybe you "unstructured" folks can give us some lessons . . .