When We Were Very Young


by David Dean
A number of postings on SleuthSayers have concerned the act and nature of creative writing and brought up a lot of interesting issues: outline or free-form, cozy vs. hard boiled, first person narrative or third; just to name a few; recently, Dixon Hill did one on endings which I enjoyed very much.  So I thought I'd throw something else into the pot--Why do we write?  And beyond that, why do we write what we do?  Things that we never considered when we were very young. 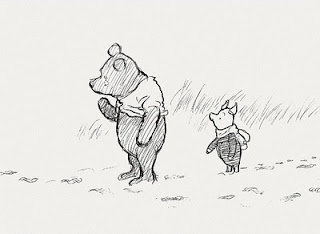 I'd like to think that I can write anything that I want (at least fiction), but when I seriously consider it; I'm not so sure.  For instance, could I really pull off a romance story of the ripped bodice variety?  My inclination is not only to say no, but hell no!  Why not, you may ask; you being the consummate professional you are?  Well, I would answer, "Cause it just doesn't interest me, and I seriously doubt I could stay focused long enough to pull it off."  Besides, I'm not very clear on what a bodice is exactly and am too shy to march into the nearest Victoria's Secret and demand a viewing.  But if I did muster the required nerve necessary in the pursuit of that ringing authenticity for which I am known; I would have to request the modeling of a torn one, and I'm thinking my Robin (not Christopher) wouldn't like that.  But a Western, maybe so…I think I could do that.  War story...ditto.  Horror...oh, yeah.  Literature...sure, I've got a thesaurus.  So, in other words, I've got limitations.  I'm not saying that I couldn't write the romance novel if there was a gun to my head, but I would have to be certain it was loaded.

I suspect there's a few of you who would agree that we don't just write what we know, but write what we must, to a large degree.  I still believe in free will mind you, but I also believe we work out of all the experiences and influences that make us who we are and inform our choices on the subject matter, genres, style, endings (happy, grim, or positive), etc., of what we write.  Even the fact that we write at all is a choice.  I mentioned in my first posting that I began to write as a requirement of a college course I was taking; but I didn't have to continue; that I chose.  It was what I wanted to do from that moment onward.  The sum total of my experiences, as Elizabeth Zelvin touched on a few weeks ago, had given me something to say.  Not that I grasped that at the time.  Self-awareness came later, and with it exile from the Hundred Acre Wood.

Once published (just once, mind ye) we become professionals; thrown in amongst the great of the land; the frailties and excesses of our youth no longer tolerable; all excuses to be checked at the door.  So we concentrate on style and craftsmanship and write and write...but what, exactly?  Well, in a sense, we write about ourselves.  The particular genre(s) that we work in probably say something about us right from the start.  In my case, it's laughingly obvious--a cop writing cop stories in the beginning, and later on, crime fiction of various bents and persuasions, but almost always crime stories.  Even when I wrote a family saga and a horror novel (both languishing in a desk drawer) they involved a crime or crimes.  It's what I know...but it's more than that; it's also who I am, and I don't mean just a retired policeman.  After all, you write crime stories as well as me, and not all here are ex-law enforcement.

My best guess is that there are as many motives for writing crime fiction as there are people writing it.  I know that a love of order has a lot to with it in my case; and a desire for justice as opposed to the rather dry, unsatisfactory rendering of the law that the courts dispense.  Writing allows that.  Can you think of a single profession where the practitioner exercises more control over his creation than that of an author?  Almost everyone else has to work in a collaborative fashion.  That is only true of us when our work reaches the hands of a willing editor.  We may be called upon to make changes and alterations, but the content; the soul of the work, remains largely untouched.  After all, it's being published because of what the editor found there, not for what they wished they'd found.

When we were very young, it was easy and comforting to believe that we could accomplish anything that we put our hands to, but with the painful self-awareness of experience and, dare I say it, the onset of wisdom, are we not better off; better writers for it?  A greater understanding of who I am and what motivates me is not actually restricting at all, but ultimately liberating: the small world that I inhabit becomes just large enough to encompass the universe.

So what say you, ladies and gentlemen of the jury?  Could you just chuck crime fiction today and begin a new career in Science Fiction tomorrow?  How about plumbing or lion-taming? Any takers?  Well, let me know your thoughts.  In the meantime, I'm reconsidering that romantic novel career...the more I've thought about the research required the more intrigued I've become, and besides, a challenge keeps you young. 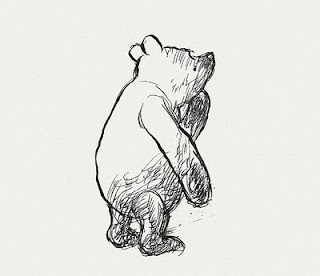