When the Grammar Cops Comma Calling 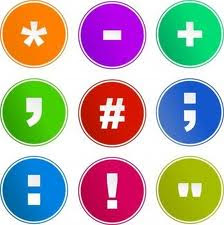 Consider the following two statements:
1. The frustrated mother says, "Eat that cereal, period."
2. The frustrated writing instructor says, "Use that serial comma."
In my opinion, both are good advice.
A serial comma, for those who don't already know this, is the comma before a coordinating conjunction (and, or, etc.) that precedes the final item in list of three or more items. Example: the comma after Dick in every Tom, Dick, and Harry. Some writers always use it and some never use it, and I know a few who go back and forth. Personally, I like the serial comma, for one reason: it can prevent misunderstanding.
Here's what I mean. A writer friend suggested this sentence to me the other day, as an example:
Attendees at the event included two hookers, Diane Sawyer, and Barbara Walters. That's pretty clear. It refers to four people.
Now consider what happens when you leave out the serial comma:
Attendees at the event included two hookers, Diane Sawyer and Barbara Walters. That's pretty clear too, except that it now seems to refer to only two people. I doubt Diane and Barbara would be pleased with that version.
Here's another example:
Every morning I have orange juice, bacon and eggs and toast.
There's nothing wrong with that, but the writer is probably thinking of three separate "items" rather than four. A serial comma after eggs would clarify the sentence--and the extra pause would probably change the way it sounds when spoken.
The clarity issue doesn't come up often. In The road was hot, dry and dusty, leaving out the serial comma doesn't hurt the sentence or our understanding of it. To be truthful, I'm one of those people who use too many commas anyway--I've been trying to cut back a bit. Unneeded commas tend to slow things down, and we all want sentences to flow well and sound right. But I can't help myself: I like serial commas. 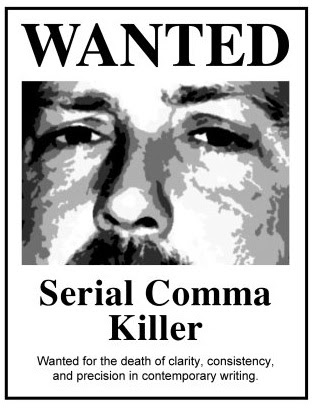 What's the official position? Both The Chicago Manual of Style and Strunk and White's The Elements of Style say the serial comma should be standard usage, but I believe the AP Stylebook discourages it. This goes along with the fact that writers of fiction and most nonfiction seem to favor the serial comma but journalists don't. It's my understanding that the British, by the way, almost never use it.
But the serial comma remains an interesting subject, if only because of the fact that it is optional. I never object when my writing students don't use it in the class stories that I critique and edit. I just tell them the advantages and disadvantages and let them make up their own minds. I myself will continue to use it, though, because that way I don't ever have to worry about whether there's a clarity problem in one of my sentences. (Or at least a clarity problem caused by the lack of a comma.) As my fellow southerner Forrest Gump would say, that's one less thang.
So . . . what will you do, if the Punctuation Police start banging on your door at three in the morning? When they whip out a manuscript page and point a flashlight at it, will you confess to being a user or an abstainer? Or maybe a commakaze?
Seriously, what do you think of serial commas? Are you for or against?
As I implied in a recent column, different strokes for different folks. Or, in the much wiser words of Kinky Friedman, "Beauty is in the eyes of the beer holder."
Posted by John Floyd at 00:01