A Book, A Story, A Picture

The ultimate goal of writers is to engage their readers.  I shy away from generalizations and tend to want to qualify anything I say, but I doubt anyone will disagree with that statement.  An unengaged reader becomes bored.

Regardless of what is being written--an amusing detective story, a how-to article, an instruction manual, something you want posted on Wikipedia, a political essay, or anything you can imagine--the goal is to engage the reader.

Many long years ago, as a college freshman, I managed to get myself into a graduate level course on writing magazine articles.  It was taught by a former editor of The Saturday Evening Post before its demise and recent resurrection.

I wound up becoming his hired chauffeur and driving him to and from Philadelphia on university holidays for a few years, but that's a different story. (Actually quite a few stories which I may one day write.)

Back to the class, the biggest, most important fact that I learned from him was:  IDENTIFY YOUR TARGET AUDIENCE.


This seems obvious and easy when planning magazine pieces. Most periodicals have an identified audience, so the writer knows who is likely to be reading the work if it's accepted by a specific magazine.  I believe John would agree with me that his target audience in Women's World is somewhat different from the readers of AHMM or EQMM even though he writes mysteries for both. 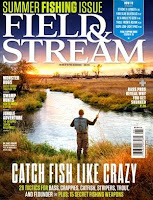 My target audience might make a good Venn diagram when writing for Bluegrass Unlimited or Field and Stream, both of which have been kind enough to purchase and publish my articles. 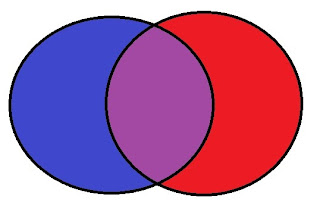 There might be very little overlap between my readers of Field and Stream and Ladies Home Journal, and not only is what I have said in these magazines different, so is how I said it.

Perhaps you're not interested in magazines at all and write only novels.  The same principle applies.  Though many of us enjoy almost any kind of mystery, others are very specific in their tastes.

I read Janet Evanovich's Stephanie Plum, but don't care for her other books.  I also read Mary Daheim along with Jeffrey Deaver and James Patterson and dearly love revisiting Agatha Christie. My tastes are personal, but they might be represented as separate circles with an overlap including readers, like me, who just love mysteries--almost any kind.

The target audience for my Callie books is different from that of some of my other writings.  The point I wish to make today is that what we write and how we write are influenced by the readers we want to reach.

My grandson wrote an essay about me last year when he was twelve.  I want to share it with you.

"Read a book, write a story, paint a picture."  These are always her answers to, "I'm bored."

My grandmama is the most supportive, brightest, and most pleasant person to be around in the world!  She's very smart and witty.  I mean, she was a school teacher, so it's sorta required.
Being an author makes her a better storyteller than Aesop in my book.  She's very clever and supportive.  She's always got something funny to say, and she's always gonna cheer you on.  No matter what the sport, she'll be there, roaring your name.
Grandmama is our matriarch that holds our family together.  She's the mediator who settles every dispute.  She's lots of things to many people.
But me, I just call her G-Mama!

If you're an old curmudgeon with no grandchildren, that might be very boring to you.  Of course, I'm not bored by this essay at all.  In fact, I love it!!  I'm proud that he spells and punctuates correctly, but I'm even more pleased that he feels that way about me.  The first paragraph goes back to what I've told him for years because grandchildren will, as some of you know, complain of boredom at times. I'm certain you can tell that he wrote it as a gift for me.  That young man knows to write toward his targeted audience!

As Dixon says, "See you in two weeks."
That's when I'll continue this with a discussion of "voice."