What's a nice Jewish girl doing in the Sultan's harem?

It's not what you think! 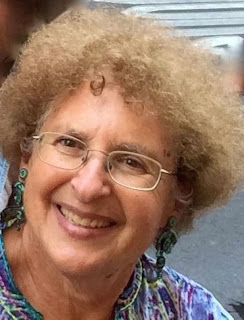 When young marrano sailor Diego Mendoza boarded Admiral Columbus's flagship, I didn't know his voyage of discovery, which began on the very day the Jews were expelled from Spain, would lead me—and Diego's sister Rachel, a character who didn't even exist yet—to the harem of Sultan Bayezid II in Istanbul, at the heart of the Ottoman Empire.

Diego appeared inside my head in the middle of the night, as our best fictional creations do, and nagged me until I wrote "The Green Cross," a mystery short story set aboard the Santa Maria that was published in Ellery Queen's Mystery Magazine and nominated for an Agatha Award. One thing led to another . . . 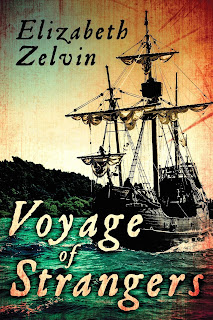 In my novel, Voyage of Strangers, about Columbus's second voyage, I accounted for Diego's parents by saying they had fled to Firenze (Florence), whose de facto ruler, Lorenzo di Medici, was known for his tolerance toward the Jews. Rachel, who had remained in Spain, escaped the Inquisition by wangling her way onto the Admiral's ship and participating in the events of 1493 to 1495 in Hispaniola, which included the tragic destruction of the Taino people. At the end of Voyage, Diego, Rachel, and their friend Hutia, a Taino survivor, are sailing back to Europe to embark on a search for their family.

Once I started researching events after 1492, I realized that the Mendozas were in trouble, and so was I. We all had to be resilient if we wanted to survive. Here are some of the historical events that shaped my new novel, Journey of Strangers, (just out in e-book and paperback):

1492: Lorenzo di Medici died, making Firenze less of a haven for the Jews.
1493: 120,000 Spanish Jews fled to Portugal. Eight months after offering them refuge, the King of Portugal changed his mind. He abducted two thousand Jewish children, forcibly baptized them, and sent them as slaves to São Tomé, a pestilential island off the coast of West Africa.
1494: King Charles VIII of France invaded Italy, claiming the throne of Naples and occupying Firenze along the way. The Medici had to flee, and so did the Jews. 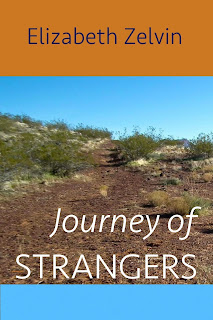 The harem! you say. What about the harem? I'm getting there . . . War-torn Italy and the pirate-infested Mediterranean were dangerous even to Christian townsmen, villagers, and travelers and even more so to the Jews, who tended to get scapegoated in any crisis. The Ottoman Empire offered a haven. Sultan Bayezid extended an invitation to Jewish merchants, scholars, artisans, and physicians, seeing them as potential assets to the Empire. And that's how so many Sephardic Jews ended up in Istanbul and other Ottoman cities.

By the time Rachel reaches Istanbul, she's added a wealth of remarkable experiences to her native charm and ingenuity. She wants a life that offers more than being married off to some nice Jewish boy, keeping his house, and bearing his children. For one thing, she's in love with Hutia, who plans to convert to Judaism so her parents will consent to their marriage. The rabbis may have something to say about that. In the meantime, Rachel learns, as I did, that the purveyors of goods and services to the women sequestered in the Sultan's harem were Jewish women known as kiras, a word derived from the Greek for "lady." The kiras were the harem's conduit of communication to and from the outside world. In the course of becoming a kira, Rachel gets to know the Sultan's women, the hatuns (Turkish for "lady"), and has some difficulty steering clear of their intrigues.

Let me tell you some things I bet you didn't know about the harem. I didn't either. I didn't come across Leslie P. Peirce's brilliant book, The Imperial Harem: Women and Sovereignty in the Ottoman Empire, which is by far the best source of information on the Ottoman women, until later. So not all of these details appear in Journey of Strangers. Oops. I apologized in the Afterword.

• By the late 15th century, the Ottoman Sultans were not taking wives from neighboring Turkish princely houses but choosing slave women as their concubines and not marrying them. This freed them from the potential problem of ambitious in-laws. (Twenty years later, Suleiman the Magnificent broke tradition by marrying the concubine Hürrem, whom you may have heard of as Roxelana, but that was the exception. She'll appear in my next book.)

• A woman who bore the Sultan a son gained enormous prestige and position. As a young man, he would be given a province to govern. His mother went with him and in some cases played a role in the governing of the province. If her son became Sultan in turn, she won the jackpot of power, wealth, and influence. If he did not, he would probably be strangled or beheaded so the new Sultan would not have to worry about rivals, and his mother became a nobody.

• It was the custom for the Sultan to keep his current favorite as a bedmate only until she bore him one son. Then their sexual relationship ended. From then on, she was defined by her role of mother to a prince. (Again, Hürrem was the exception.) If she had a daughter and the Sultan still desired her, she could try again. Each mother conspiring on behalf of multiple sons would have created intrigues of intolerable complexity. So they weren't given the chance.

• The harem was not in any sense a bordello. It was the Sultan's household, his home, the quarters of the female members of his family according to Islamic law. Besides his concubines (past, present, and future), the harem included his daughters and sisters and their many attendants, as well as his mother. Each of them received a daily stipend. One source of Peirce's myth-busting scholarship was the harem's household accounts from the 16th century on.

I could go on. Did you know that not only the janissaries but also the viziers and other palace officials were all the Sultan's personal slaves? The Sultan would marry off his sisters and daughters to these high-ranking damads (slave sons-in-law) to ensure double loyalty. Hmm, this isn't really about sex at all, is it? Maybe the title should have been "How the Sultan made sure he didn't have any trouble with his in-laws."


Elizabeth Zelvin is a former SleuthSayer and author of the Bruce Kohler mystery series and the historical novels Voyage of Strangers and Journey of Strangers. Her short stories have appeared in EQMM and AHMM, been nominated for the Agatha and Derringer Awards, and listed in Best American Mystery Stories 2014. Her most recent releases are a new e-edition of the entire Bruce Kohler series and Breaches & Betrayals: Collected Stories. Liz is a New York psychotherapist who practices online, a poet, and a singer-songwriter whose album is titled Outrageous Older Woman. You can learn more at www.elizabethzelvin.com, friend her on Facebook at Facebook.com/elizabeth.zelvin, and find her work on Amazon's Elizabeth Zelvin Page.
Posted by Elizabeth Zelvin at 00:01 9 comments