I've talked before about my volunteer work with the Alternatives to Violence Project (Link here).  Here in South Dakota, we continue to do at least one workshop every month at the Sioux Falls penitentiary (both units) and they are always fascinating, revealing, illuminating, exhausting, rewarding, etc.  Not to mention fun, timely, and very, very, very needed.  For all of us.

One set of exercises we do almost every time is called "Quick Decisions".  We break our participants into small groups of 4, give them a scenario, and then have them come up with a group solution - preferably a non-violent solution - within 2 or 3 minutes.

Over time, I've noticed the difference between old and young inmates re using violence.  The old timers know there just isn't that much worth getting bunged up for (fights don't always work one way) or going to the SHU for.  The young ones are still very concerned about their reputations, and will provide all sorts of rationalizations as to why - this time - they have to go to the mat.

The other thing I've noticed is that, with scenarios that occur outside prison walls, it never occurs to any of the inmates to call the cops.  No matter what.  Someone robbing you, someone raping your sister, someone attacking, someone stealing - you don't call the cops.  You figure out another way of dealing with it.  It's understandable.  A lot of them are Native American, and have seen stuff on the reservation that would make you never want law enforcement near you again.  Racism is real.  Sexism is real.  And sometimes they combine in unpleasant ways.

So, here are some examples, and some common answers.  What do you think?

(1) You're standing in the mess hall line with your friend.  Someone walks up and cuts right in front of him.  Your friend tells him to move.  At first, the other guy just ignores him.  This makes your friend hot and soon he's yelling and cursing the guy out.  The guy turns around and asks what the hell's your problem?  What do you do?


Most common answer:  Tell the friend to chill out.  The food's not that good.  It's not worth going to the SHU for.  (I totally agree.)

(2) You're walking alone along the street when you see three teenage boys grab another and shove him up against a building.  He and their actions are blocked by their bodies.  There's no policeman in sight.  What do you do?


Most common answer:  Keep on walking.  "You just don't know what he's done to bring it on."  But, change it to three teenage boys grab a teenage girl, and they'd come to her rescue, which is nice to know.  (And more than some people in politics would ever do...)

(3) You're on parole.  You and a group of friends enter a small local store to buy something, and while you're there the police come in to make a raid.  Turns out that the store is selling drugs out the back.  What does your group do?

(4) You're at a party standing at the bar area.  The sister of your best friend is there with a guy.  He comes to where you're standing, and gets 2 drinks.  Just as he leaves, he puts something into one of the glasses.  You watch as he crosses the room and offers that glass to her.  What do you do?


Most common answer:  Variations on the theme of stop him now.  Some would make him drink the drugged drink himself.  Some would shove him out of the bar, and "explain" things to him outside.  (We try for nonviolence, we don't always succeed.  And sometimes you can understand why.  And, again, it's nice to know they'd have her back, which is more than some people would...)

(5) Your group is made up of parolees gathered together in an apartment.  Suddenly, the apartment owner's parole officer comes to the door to make a surprise visit.  The apartment has no back door and is ten stories up.  What does your group do?  NOTE:  for those of you who don't know, it's illegal for parolees to gather together socially.


Most common answer:  Panic heavily, and see what lie might stick.
Best answer:  Start holding an AA meeting.  Or a prayer meeting.  "Always keep a Big Book and a Bible wherever you live.  You never know when they'll come in handy."  (I thought I would die laughing at this one.)


Most common answer:  Tell your woman that you'll won't see her for a while, because as soon as you get out of the visit room, you're going to take the guy down, and you'll be in the SHU for a while.  (SHU - Segregated Housing Unit, a/k/a "the hole", a/k/a solitary.)

On the last one, after all the groups were done explaining how they hated to do it, but if they didn't beat the guy up they'd lose all cred and credibility, and that's just the way it is, I raised my hand and asked, "Did it ever occur to you to let your lady handle it?  I mean, the obvious thing to me, if I'm visiting my husband and someone else is coming on to me is to go 'Ewww!  What are you thinking?  Get out of here!'"  Everyone laughed their head off.  And agreed that laughing at Flirt Guy would be far more effective at shriveling him than even beating him up.  I also pointed out that if she flirted back with the guy, they were with the wrong woman.  That got them thinking a bit, too.

There are pages more of these, and they always bring up some great discussion.  And you just never know what the answers will be, which means it's never boring.

So, what were your answers?  Got any questions? 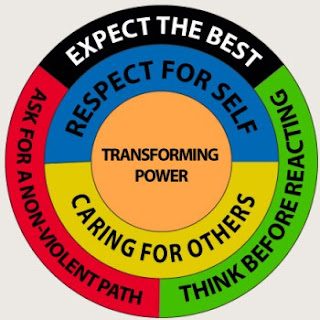 
I’ve been offline for the last 8 days, because I was down at the state penitentiary. 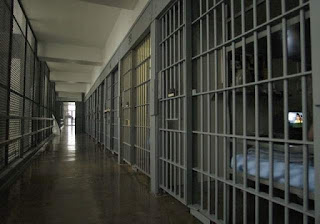 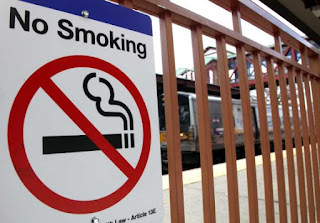