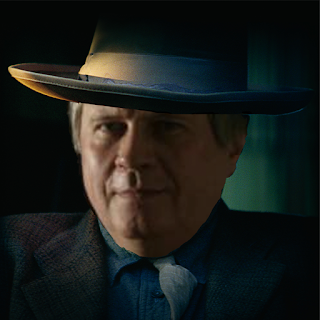 Imagine a game I invite you to play. Here are the rules:
In a nutshell, I’ve described exactly how lotteries work. Simply substitute ‘the state’ for the first person pronoun and ‘the public’ for the second person ‘you’.

Astonishing, isn’t it? You could make it more accurate by substituting ‘the poor’ for ‘the public’, because that’s the lottery’s primary target.

The lotteries like to tout the advantages. “It allows people to dream for a little while,” says Florida’s own lottery commissioner.” “It pays for education (sorta, kinda)” insists New York’s. “It allows the public to join in a social exercise,” claims a professor.

But for all that, the lottery has one, sole purpose: It’s a cynical tax on the poor. Do politicians honestly believe states implemented lotteries to entertain the masses? Or even benefit their citizens in some way? They’re put in place to shift taxes away from those who don’t want to pay– the wealthy.

A young woman named Cinnamon represents the lotteries’ prime target. Convinced she couldn’t lose, she blew her family’s $800 (or much more depending upon the source) rent and grocery budget buying tickets. I feel sad for the girl, even sadder for her family, victims of the lottery culture.

But she’s got chutzpah. She went on Go Fund Me, where some of us might donate a little to people with serious medical issues. (Consider helping writer Kevin Tipple’s wife Sandi for her cancer treatment.) Our plucky girl Cinnamon wrote this:


Please help me and my family as we have exausted [sic] all of our funds. We spent all of our money on lottery tickets (expecting to win the 1.5 billion) and are now in dire need of cash. With your small donation of at least $1.00, a like, and one share, I’m certain that we will be able to pick ourselves up from the trenches of this lost [sic] and spend another fortune trying to hit it big again! PLEASE, won’t you help a family in need. DONATE NOW.


The rational among us might have expected her to have learned a lesson, but notice the words bolded by me.

As you might imagine, people were scathing, but– surprise– some donated until Go Fund Me took down her donations page. Now she claims it's all a joke, ha-ha. Thing is, I've personally known desperate people who empty their wallet at the local lottery store.

My friends Sharon and Cate, seldom at a loss for words, managed a few choice ones. Inspired by them, this little bit of flash fiction came to mind. Our colleague Vicki Kennedy tells me this form is called a ‘drabble’. Please don’t confuse our fictional Nutmeg with the real Cinnamon whom we prefer to believe is much classier.