I owe it all to Rilke


by Robert Lopresti
It is my pleasure to introduce our new blogger, Brian Thornton.  As you will learn, he is the author of several books, but I thought of him for this spot mostly because of his short stories, which include two of the best I have read in recent years: "Paper Son" in SEATTLE NOIR, and "Suicide Blonde" in AHMM.  I hope that in months to come he will write about the art of writing historical mysteries, among other topics.  And now, a big SleuthSayers welcome for the man of the hour!
-Robert Lopresti

First things first, I'd like to thank my new colleagues here among the Sleuthsayers for their exceedingly warm welcome. It's nice to be invited to contribute, and an honor to be asked to do so here of all places. So, thanks all!

For my inaugural contribution to this blog I thought I'd talk about the power of networking. Oh sure, it's hardly a revolutionary concept that if you hope to succeed in the Brave New World of 21st century publishing you're shooting yourself in the foot if you don't get out there and meet people, make contacts, get yourself some name recognition, etc.

And over the past few years I have watched a plethora of writers work this angle with the sort of single-mindedness usually reserved for I.R.S. auditors and bomb squad technicians; all with varying degrees of success. First I hear it's about name recognition, then about platforming, then about leveraging your contacts, and then of course, the networking magic bullet du jour seems to be creating something known as a "street team."

But hey, keep checking back. I'm sure it'll be something different, some other angle, some other hook, in a month's time.

Look, I get it. With the current on-going technological revolution, publishing is undergoing a centuries-overdue market correction, and, to steal a line from Daryl Hall talking about the music industry's not dissimilar growing pains of a few years back, "There are no more gatekeepers."

So this begs the question: how do emerging authors shout loud enough to be heard among the myriad other voices in publishing's ever larger, ever louder gymnasium?

I don't have a magic bullet. What I do have is some experience, a track record, and a working theory. And since this blog is all about writing, and the craft, and (at least in part) the whole publishing game, I thought I'd share it with our readers.

So here goes: get out there, go to writing events, whether they be signings, conventions, or workshops. Once there, meet people, and be yourself.

Rinse and repeat as necessary.

But wait, you say, I live nowhere near the big cities where these sorts of things happen, or I can't afford to go to one of the big conventions, etc., etc., etc., and so on, and so forth. 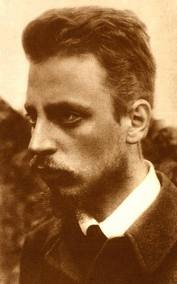 After all, that's what I did. And it lead to my first book deal. What's more, I couldn't have done it without the assistance of Rainer Maria Rilke. More on him in a bit.

Here's how it worked:

Just about a decade ago I had finally finished my first novel: an amateur sleuth piece set in a law school in the Pacific Northwest. I was quite excited to have it complete and ready for...what, I had no idea.

A friend of mine who worked in marketing told me that I needed to market my book. "I'm the author," I scoffed. "It's someone else's job to market the book."

I was, of course, incredibly naive.

A bit of research revealed a summer writers' conference, as well as several national writing groups with local presences in my area (I live in Seattle). When I signed up for that first writers' conference I was between jobs, the entrance fee wasn't cheap.

Since I had written a mystery novel, I decided to join the Mystery Writers of America. Luckily they held meetings in my area, and I began attending them. I met people and was myself. I made friends. I had a good time. I networked.

One of the best-kept secrets about membership in Mystery Writers of America is its email list, EMWA. In the years since I first joined the organization EMWA has been somewhat eclipsed as a networking tool by Facebook and other forms of social media, but for me it proved invaluable.

About a year after I joined MWA, I saw a post on EMWA by someone who, in the course of responding to someone else's email to the list, remarked how much she loved the work of a German poet you likely never heard of, named Rainer Maria Rilke. 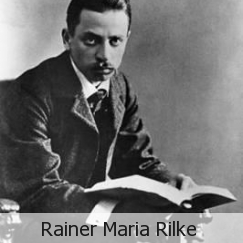 Interestingly enough, I also happen to be a fan of the work of Rainer Maria Rilke (In translation, I don't speak or read German). So I did what you do when you meet someone who shares an uncommon interest with you.

I struck up a conversation, and made a friend.

This new friend turned out to be an acquisitions editor for an east coast press. She's still a friend (flew out from Boston a couple of years ago to attend my wedding), and she was the person who offered me my first book deal. And my next, and then introduced me to other editors at her press, who in turn offered me still more work.

It was all nonfiction, and at first it was work for hire. But it paid pretty well (better than most mid-listers bring in these days), and most of the work was writing about things that interested me. Eventually I even worked out royalty-based deals for original ideas of my own. 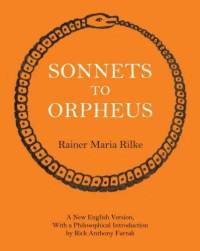 As a direct result of that first friendship I am now the author or co-author of seven books, the ghostwriter of another one, and collection editor for two vastly different anthologies.And that first editor friend? She's now my agent.

I guess what I'm saying is that time spent searching for a "magic bullet" to get you published is time wasted. I made that friendship hoping to compare notes with someone else who enjoyed "Autumn Day" and the Orpheus sonnets, not angling to meet someone who could do something for me.

So the moral of the story: get yourself out there and let those connections happen. You never know where they'll take you!
Posted by Robert Lopresti at 01:12 12 comments