I Found My Thrill (but not on Blueberry Hill)

The original title at the top of this was simply "Thriller."  When my grandson stood behind me and saw that, he asked, "G-Mama, are you writing about Michael Jackson?"  I'm not, so I changed the title though I'm not writing about Fats Domino either.  (BTW, my grandson is the ONLY person who can stand behind me while I write without igniting my wrath.)

As some of you know, my Callie Parrish Mystery series is so close to cozy that I don't object to being classified as a cozy writer.  I wrote the first one following what I thought were the guidelines for cozies, but Berkley Prime Crime thought not and  marketed them as Mainstream Mystery.  I've also done some writing under pen names because I didn't want to offend or upset those wonderful people who read about Callie and Jane nor disillusion any of my former students that Ms. Rizer might say something that wasn't "nice."

I'm presently trying to find a publisher for a new thriller, and when I do, it will be published under the name Fran Rizer.  I've decided I'm too old to try to protect my reputation any longer, and the students I last taught are now grown. It's not going to hurt for my readers to realize that while Callie Parrish doesn't use profanity, Fran Rizer knows how to spell those words!

Since my genres sometimes cross, I researched genres again when I finished this book to see what I'd written. Yes, there are several murders (way more than the maximum of  two  allowed in a cozy), but I wasn't quite sure what  to call this book.  After all, I researched cozies before the first Callie book, and didn't hit the target. My agent helped me.  He calls this a southern mystery thriller.  Everyone knows the meaning of southern and mystery, but what exactly IS a thriller?

I'll share my findings with you, but please don't think I'm comparing my thriller with the ones mentioned in this article.

First off, I don't believe in writing "formulas."  There is no formula for writing a thriller, but there are shared characteristics.  The biggest one is obvious:  thrillers "thrill."  The plots are scary with great risk to the characters, making the reader either eager to turn the page or scared to turn the page and see what's next. 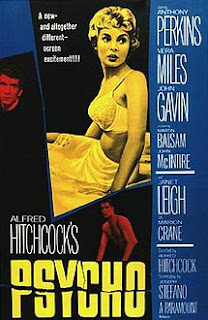 Thrillers cross many writing genres and can be divided into different categories:  action thrillers, military thrillers, psychological thrillers (like Hitchcock's Psycho), romantic thrillers, sci-fi thrillers, spy thrillers, and even more.  The stories begin with a major, generally life or death, problem and a protagonist who attempts to solve it only to find the threat grows bigger and bigger and more and more dangerous.  The confrontation between the protagonist and antagonist is dramatic, and the book ends with a short wrap-up.

The thrillers that most interest me are the thriller murder mysteries. Some are classic "Who-done-its?" Thomas Harris's Silence of the Lambs is that kind of thriller.  We don't know who committed the murder(s) until the end.
.
Ken Follett's The Eye of the Needle and Peter Benchley's Jaws are "How-done-its?"  The readers (or movie viewers) know who the bad guy is from the very beginning.  The tension and thrill is in the question, "Will they catch him/her/it before more people are killed?"  Note that the bad guy doesn't have to be human.  It can be an animal like in Jaws.

Not all murder mysteries are thrillers.  Many are puzzles that are interesting and entertaining but don't sweep the reader into a thrilling action-filled ride. Dick Francis's works don't fit that category.  He was a master of the mystery thriller.

There are mystery/thriller writers whose works surpass the genre and become serious art.  Examples are:

Wish me luck finding a publisher for this new venture.

Until we meet again… take care of you.
Posted by Fran Rizer at 00:01 5 comments