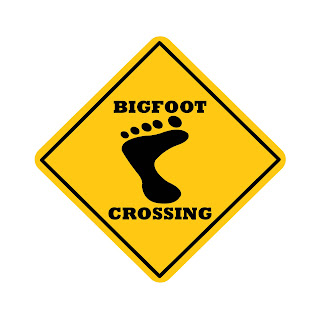 In my November 2012 post on Bigfoot, I discussed the upcoming search for the legendary and elusive creature in the Great Smoky Mountains by the team of Bigfoot hunters from the TV program “Finding Bigfoot” on the Animal Planet channel. The episode aired on Sunday, February 24, 2013. Since I’m in bed at 10:00 PM, I DVRed it (okay, made up the word with hope of earning a place in the history of new words coined).

The hunters came to Knoxville because, according to them, East Tennessee has a history of Bigfoots, and Knoxville and the surrounding areas are Bigfoot haven. Bigfoots like the terrain, especially the Appalachian Trail in the Great Smoky Mountains, a quick and easy way for them to travel north and south without coming in contact with “human civilization.”

The lady on the team is the skeptic. The team couldn’t verify that the creature in a picture an interviewee took was Bigfoot because of the blurred image. The skeptic explained that people sometimes see what they want to see, like seeing images in clouds. She had a name for this phenomenon but I couldn’t spell it, so couldn’t look it up.

On the Animal Plant website are two 2-minute videos of the team’s visit to East Tennessee. In the first video, “Peek-a-Boo in Tennessee,” a man claims he woke up in the middle of the night and saw a face looking at him through his bedroom window. He got up, went to the window and made faces at the creature. The creature mimicked his facial expressions and finally walked away. The team skeptic suggested the man was looking at his own reflection and thought he saw the creature. I like her explanation. His claim put him on TV for his 15 minutes of fame. 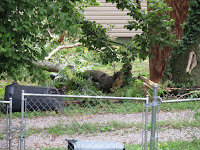 Apparently, the hunters have never themselves seen a Bigfoot. Their evidence, other than stories from people who claim to have seen one, is the sound of trees falling in the woods. In their first attempt to attract Bigfoot, the team placed several Payday candy bars on a fallen tree trunk. When they returned later, the candy bars were still there. So, they decided to do what they do on every hunt, make weird sounds. On key, everybody stopped making sounds and in the silence they supposedly heard a tree falling. Yippee, Bigfoot responded by knocking down a tree. I didn’t hear the tree fall.

The “Hog Calling” video is my favorite of the two. Since Bigfoots like deer and hog meat, the team employed two of the best hog callers in East Tennessee, a man and a woman. The man did his hog calling thing, and next the woman did her pig calling thing. Again, the hunters heard a tree crashing. More joy, for Bigfoot had knocked down another tree. The hog callers agreed but didn’t seem convinced. 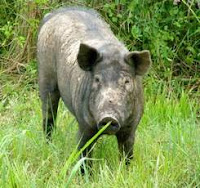 The hunters didn’t go toward the tree crashing sound because it was over a mile away, and they’d have had to cross a ravine and climb a steep hill. How could they tell how far away the sound was? No one said and no one asked.

Farmers in these parts don’t take kindly to creatures stealing their hogs. It’s likely that had a Bigfoot raided a farmer’s hog pen, the farmer wouldn’t have come to the door with a digital camera. No sir, he would have had a shotgun in his hands, and Bigfoot would’ve gotten a taste of buckshot.

What puzzles me is why, if East Tennessee has a history of Bigfoots and there’re so many of them here, didn’t the team ask the Native Americans in Cherokee, NC about Native American legends and possible Bigfoot sightings? The hunt, of course, was on the Tennessee side of the mountains, but the Cherokees lived on both sides before the “Trail of Tears” removed some of them to Oklahoma.

For more information, see Leigh’s November 29, 2012, comment on my Bigfoot post in which he posted the story about a veterinarian claiming to have DNA evidence of Bigfoot’s existence. I leave it to my fellow SleuthSayers using their detective skills to decide if the veterinarian is pulling our legs.

My dog is barking. A Bigfoot may be inviting himself to Easter dinner. If you don’t see my next post, send for the Bigfoot hunters.