Hopefully, all of you remember Christa McAuliffe.

My sons and I remember her for personal reasons.  As a recently divorced public school teacher in 1984, I was excited when I found a stack of blank applications on the table in the faculty lounge at the school where I taught. They were for the NASA Teacher in Space Project for educators to apply to become the first teacher in space. I took one home and filled it out. My son found and read it.  That night at the dinner table, he enlisted his younger brother's help in convincing Mom not to submit that application.

"We don't want you to go away, even for a few days," they protested.

"If I'm chosen, you can stay with your father while I'm gone," I said.

The matter was discussed frequently right up until the dead-line to submit the application.  Their final plea was, "Please don't go.  You might get hurt."

I thought that was completely ridiculous, but I caved and trashed the application the day after the submission deadline. When Christa McAuliffe was announced as the teacher chosen to participate, I confess I was happy for her, but just a little jealous. I read every article and watched every news broadcast about the coming Challenger expedition.

Would I have been selected from the more than 11,000 applicants if my application had been submitted?  I'll never know, but my sons were positive that McAuliffe would not have had a chance if I'd applied.

By January 28, 1986, teachers had stopped suspending classes for students to watch launches.  I was the only teacher in the building with the classroom TV on for the launch.  We were the exception because that discarded application gave me a special, personal interest.  Seventy-three seconds after launch, the shuttle broke apart right before our eyes.

I sent a student runner to the office to have the principal announce that history was being made and teachers should turn on their classroom televisions.  The events of that day were totally shocking, but at home that evening, my sons, though saddened at the loss of the astronauts and Christa McAuliffe, were just happy that I wasn't the teacher in the Challenger.

Fast forward to August 23, 1996. I'd left my classroom ready for school to begin the following Monday. On my desk, lesson plans for the week; on students' desks, name tags and their books stacked neatly with their names entered and serial numbers recorded.

My sons were young adults by then.  One of them was home between semesters at Furman University.  The other was at work tending bar to help finance his studies at USC.  I
spent the evening at a recording studio where we were cutting a demo of a song.  I left the studio and drove thirty miles back to Columbia.  Half a mile from my home, I was playing a cassette tape of the song we'd just recorded and singing along.  The title of the song was "I Ain't Scared of Nothin'".  It was country music, of course, and described how the singer, who'd never been afraid of anything, was shaking in his boots at the thought of losing his girlfriend.

The next thing I knew, I heard someone say, "She's not dead. She moved just a little bit."

"Doesn't mean anything.  Could have been a spasm."

It turned out that I wasn't dead, and I won't tell you all about the flashing lights, sirens, and being cut out of the car, nor the panic that set in every time I rode in a car for the next several years. Suffice it to say that I didn't get back to my classroom for almost a year.  According to a witness, I had been rear-ended by a driver who hit me again trying to leave the scene of the accident. That second blow threw my car into the air and against a telephone pole. The witness followed the car that hit me as others gathered around my wrecked vehicle with an unconscious me inside.

Later, I actually watched a video of the other driver's arrest when the officer asked the driver, "Why didn't you stop to help that woman?"

His reply was, "I thought she was dead."

Last week, I had a very bad day, but it ended with an offer of a contract to produce three books in the next twelve months. Immediately, I began to worry about the wisdom of accepting that deal.  I'm getting older.  My health is declining.  I enjoy my social life.  Would I be able to fulfill this agreement?

After much thought and recalling those two significant events in my life, I remembered what I learned on those two days: there are no guarantees. It seemed Christa McAuliffe's dreams were coming true, but it ended suddenly and  tragically for her family and our country.  No amount of schools named in her honor could make up for her loss.  August 23rd taught me again that there are no guarantees.  I can't guarantee that I am still able to produce three books in a year, but I've done it before and there are no guarantees that I can't do it, either.

Much of what I put on my bucket list when I retired has come true, but am I healthy enough (or young enough?) to write three books in the next twelve months?

I don't know for sure, but I do know that I'm signing that contract and I'm going to try.  I've been thinking a lot about the demands on my time, and though I've enjoyed my years with SleuthSayers and made some wonderful friends, this will be my last appearance here.  I'll continue to read SS and hope to comment at times, but I've gotta write three books, and as Tennessee Linda says, "Sometimes you just gotta do what you gotta do." 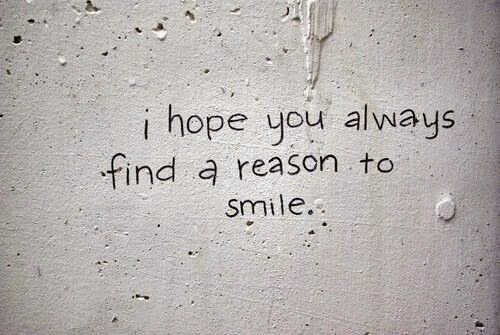