My last blog was about writing in a laundromat in Port Townsend.  We go there every year for the Festival of American Fiddle Tunes.  (The festival is in the city, not in the laundromat.  Just in case you were wondering.)

The first time we attended, about a dozen years ago, the highlight for me was a guy named Bob McQuillen.  As I recall the story, his hobby for many years had been playing piano for contra dances (think New England square dances) in Maine.  After retiring he decided to try his hand at writing a fiddle tune suitable for dancing and by the time I heard him he had written hundreds.  (Note for non-folk music fans.  Trust me, we WILL get around to mystery fiction.)

I remember thinking it was great to get to see the old guy, because who knew how long he would be around?

Jump ahead to the 2012 Festival and there he is, the iron man, age 84 anf still performing.  He now as fifteen volumes of Bob’s Notebooks, each of which contains 100 original fiddle tunes.  As near as I can tell the only concession he has made to his age is asking his collaborators what key they want to play the tunes in, and then writing them down so he gets it right.

One day I saw him lifting tablecloths, peeking at the spaces where people had stored instrument cases, obviously hunting for something.  He noticed me watching and grinned.  “Lookin’ for my coffin!”  What a character.

But Bob was not the oldest teacher at the festival.  I think that honor went to 94-year-old fiddler Elmer Rich.  In this video you will see him, somewhat  younger, playing the mandolin.  He switched to fiddle when someone stepped on his mando long ago.

Now here’s the kicker, Elmer lives in West Virginia.  To come to Washington state for the festival he flew for the first time.  Well, why not?  I mean, if you don’t fly at ninety-four when will you fly? 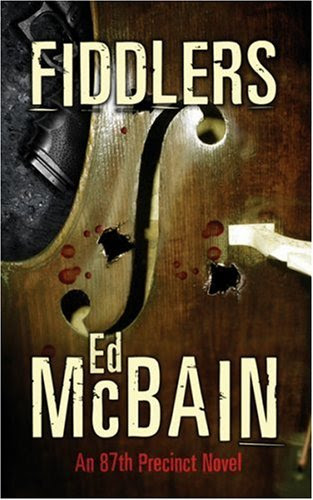 And now to the point of the story.  Those of us who write fiction are lucky, like musicians, that in many cases we can keep going way past retirement age.  I decided to take a look at some of our elder statesmen.  I’m sure you can add some I missed.  Each of the numbers below indicates the author’s age (within a year) when the last novel was published.

REX STOUT 89
DICK FRANCIS 90 (but his last few books are co-credited to his son Felix.)

Stout deserves special honors, I think, because his last novel was one of his best.  How often does that happen?)

And ELMORE LEONARD is still going strong at 86.  Can anyone beat that?  .

Posted by Robert Lopresti at 00:01 6 comments