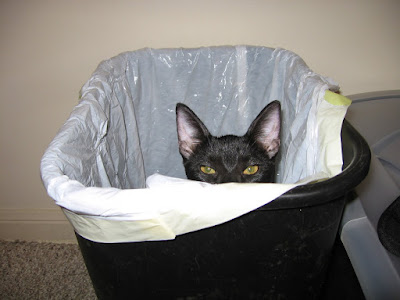 The Last Lesson: Queen vs Hitchcock 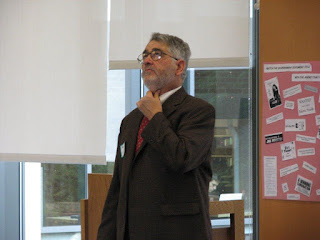 Two weeks ago I reported that I had been invited to speak to the Northwest branch of the Mystery Writers of American on the subject: "Ten Things I learned Writing Short Stories."  I listed nine of them and promised to deliver the last one this week.  Here goes!

For many years my reply was simple: AH buys my stories and EQ doesn't.  But since EQ has surrendered to my dubious charms several times I have to come up with some better distinction.  So here are a few.

Origin stories.  I mean the origins of the magazines themselves.  I think they are useful in thinking about how the editors think: What is in the magazine's DNA, so to speak?  Because as the old saying goes "What's bred in the bone, comes out in the flesh."

EQ was started in 1941 under the editorship of Frederic Dannay, one half of the author Ellery Queen.  Besides being an author and editor, Dannay was an anthologist and a historian of the mystery field.  He was determined to cover all aspects of the field (as opposed to Black Mask Magazine, for example, which had focused on hardboiled) and to stretch the definition of the mystery as well.  Therefore it was not unusual for him to print stories from around the world, stories from "literary" authors who were not considered mystery writers, and reprint stories that had been forgotten or that no one had previously thought of as belonging to the crime field at all.  EQ, for example, was the first American magazine to publish the great Argentinian writer Jorge Luis Borges.  EQ retains a keen sense of the history of the mystery field, which leads to publishing parodies and pastiches.

AH, on the other hand, was founded in 1956.  The film director had no direct role in the magazine, simply licensing the use of his hame and likeness.  For many years the introduction to each issue was written in his voice.  The magazine was not inspired by his movies as much as by his very popular TV show Alfred Hitchcock Presents, which actually filmed some stories that had originally appeared in the magazine.  Like the TV show, the magazine leaned toward suspense, twist endings, and a macabre sense of humor.  It still does.

Distinctions today.  EQ has regular departments.  Going all the way back to Dannay's day it has featured the Department of First Stories, which has premiered the work of up-and-coming artists who went on to fame such as Harry Kemelman, Henry Slesar, Stanley Ellin, and Thomas Flanagan.  Every issue features Passport to Crime, a story translated from another language.  EQ also owns the rights to the Black Mask name and often features a story in that magazine's hardboiled style.

My description of the beginnings of AH may have left you with the impression that their selection of story types is narrow. In fact, the opposite is true.  You can find examples of westerns and science fiction in its pages, as long as crime is front and center. Fantasy elements  may slip in.  (The rare ghost story can show up in either magazine; for some reason ghosts are the one bit of woowoo that is allowed in the mystery world.)

And some more quick generalizations.

EQ seems to lean more toward the grim, the longer, and the fair-play detection stories. 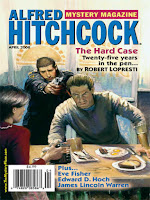 AH appears to favor the lighter, the shorter, and the twist ending.

It is important to be clear that everything I am saying here is about tendencies, not absolutes.  You can find exceptions in every issue, but if you are trying to decide which magazine to submit a story to first, this might help you.

One thing both seem to insist on, is high quality, which may explain why my overall sale record at AHMM is only about 33% and much worse at EQMM.

Your mileage, needless to say, may vary.