An Homage To Poe


After struggling with the article on the colon, I once again turned my attention to the stories in the anthology The Dead Witness and selected “Arrested on Suspicion” by Andrew Forrester because the author pays homage to Poe. The narrator explains, “Of course I do not wish to hide from the reader that I was trying to copy Edgar Poe’s style of reasoning in this matter; for confessedly I am making this statement to show how a writer of fiction can aid officers of the law.”
In his brief introduction to the story the editor discusses the public’s attitude to detective stories, and the publication of the stories in “yellowbacks,” cheap magazines similar to the penny dreadfuls. Naturally, I had to see what the “yellowbacks” looked like. To Google once more I went. 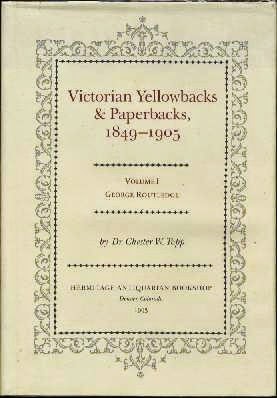 Since the anthology was compiled in 2012, I assumed the editor also had access to Google. I therefore was somewhat skeptical of his claim that he couldn’t verify the  author’s birth and death. He also claims, “Andrew Forrester was a pseudonym employed by an important early writer whose real name is lost.” I looked up Andrew Forrester on Wikipedia. His actual identity was unknown until recently when a story of his, “A Child Found Dead: Murder or No Murder?” was discovered, reprinted, and published as “The Road Murder” under the name J. Redding Ware (1832-1909). He was a writer, novelist, and playwright, and created one of the first female detectives. He was apparently one of those writers whose works didn’t survive into the twentieth century, for I couldn’t find any of his books on the Project Gutenberg site. I did find on Google Play a book of stories, The Female Detective, that he edited.

“Arrested On Suspicion” is a puzzle story with echoes of “The Purloined Letter” and Poe’s essay on ratiocination in the beginning of “Murder in the Rue Morgue.” John Pendrath, the narrator/protagonist, must free his sister Annie who has been arrested on suspicion of shoplifting a blue-stone ring. He employs Poe’s method of ratiocination to identify and catch the real thief or thieves. John refuses to give the reader his profession, but he apparently has some pull with the local police because he requests and is given an officer to help him catch the real thieves. Could he be a “writer of fiction?”
The arrest is a case of mistaken identity. Shortly after Mrs. Mountjoy moved in the apartment above John and Annie, he saw a blue-stone ring on Annie’s finger. Annie couldn’t afford to buy such a ring and certainly wouldn’t steal it. Mrs. Mountjoy’s  daughter, Mrs. Lemmins, sometimes visits her and looks enough like Annie to be her sister. Because of their strange behavior, John suspected Mrs. Mountjoy and her daughter were criminals from the day they moved in. He suspects Mrs. Lemmins stole the ring, and Mrs. Mountjoy gave it to Annie.
The puzzle has two parts. In the first part, John must find the piece of paper containing the message that Mrs. Lemmins sent to Mrs. Mountjoy in a laundry basket. John doesn't help the officer search the room because  he needs to hunt “with his brains.” To get into Mrs. Mountjoy’s mind, he sits in the same chair she occupied when she heard the officer coming up the steps.
In the second part, he decodes the message, which is written in criminal slang, to determine the criminal duo’s next move. With charts inviting the reader to try his or her hand at what, for John, is a simple code, the decoding takes up most of the story. Since I don’t normally like puzzle stories because I’m not very good at solving puzzles, I didn’t accept the invitation.

“Arrested on Suspicion” is a nice example of an early writer following Poe’s rules. For me, not knowing how the theft was committed was a little disappointing.